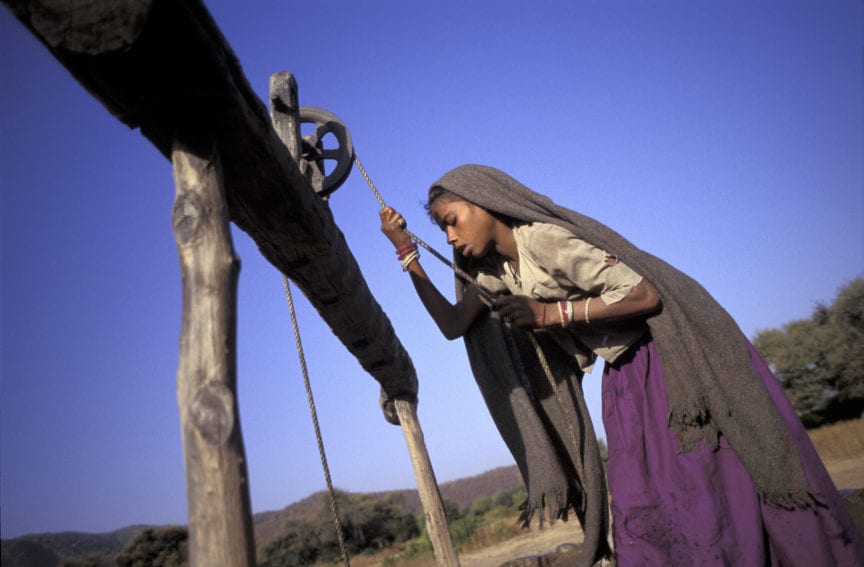 [NEW DELHI] Excessive withdrawal of groundwater across India is not only lowering the water table, it is also contaminating water with uranium.

According to a study published in Environmental Science & Technology Letters, uranium contamination is “an emerging and widespread phenomenon”. It analysed aquifers in 16 of India’s 29 states, focusing on western Rajasthan and Gujarat where uranium concentrations are higher than the WHO’s safe limit of 30 micrograms per litre.

Avner Vengosh, professor of geochemistry and water quality at Duke University in North Carolina, United States, who is the lead author of the study, tells SciDev.Net that “the decline in groundwater levels accelerates uranium mobilisation to groundwater”. Uranium build-up may also be linked to nitrate pollutants released from chemical fertilisers, which make uranium more soluble (as it is insoluble in its natural form).

India is the world’s largest user of groundwater pumped up through borewells. The World Bank reports that more than 60 per cent of irrigated agriculture and 85 per cent of drinking water depend on the resource.

Vengosh suggests that India’s water agencies make groundwater management a priority to protect people from the harmful effects of exposure to uranium, which include a higher risk of chronic kidney disease (CKD). “The urgent next step is to see if we can identify areas of high prevalence of kidney disease that could be associated with high uranium levels in drinking water,” he says.

Sunderrajan Krishnan, executive director of the Inren Foundation, a non-profit water research body based in Gujarat state, says a key finding in the study was the link between water table fluctuations and the presence of uranium. He points out that this is especially noticeable when the water level depletes to the point where uranium-bearing rocks in the aquifers are exposed to oxidation.

“Half a century ago, water levels never reached that low,” Krishnan tells SciDev.Net.

The link between CKD and uranium in India was first made by the state-run Bhabha Atomic Research Centre in Mumbai, says Krishnan. The disease is prevalent in coastal parts of Andhra Pradesh state.

In light of the study’s findings, authorities should urgently make testing for uranium a routine part of groundwater quality monitoring, says Vengosh. Current tests in India include those for arsenic and fluoride, which are among the more serious contaminants that pose risks to human health.