Home / Who we are 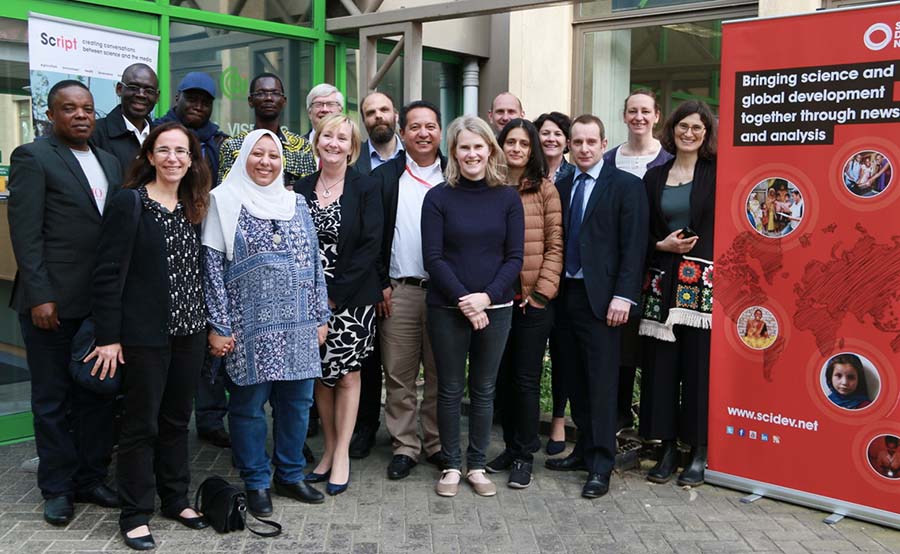 SciDev.Net involves a wide range of individuals working together towards common goals across the globe.

Our main office is based in the UK at CABI, but we have a worldwide network of registered users, advisors, consultants and freelance journalists, predominantly from developing countries, who drive our activities and vision.
SciDev.Net is owned by CABI, an intergovernmental organisation focussed on agriculture. In its 2017 report, it found that 44% of staff were female (44%, 2016), 38% of Executive Management Team (EMT) were female (29%, 2016), 36% of Senior Managers were female (34%, 2016). It also found that 82% of staff believed that CABI values diversity.

CABI (SciDev.Net's parent organisation) has a series of policies and strategies which support diversity, non-discrimination, and equality. These include a Code of Business Conduct which commits the organisation “to diversity in a working environment where there is mutual trust and respect … (and) to recruit, employ and promote employees on the sole basis of their ability to fulfill the requirements of the job”. This is supported by a Workplace Gender Strategy “to ensure a workplace that is free from discrimination from gender bias”. Where appropriate and possible, CABI employs staff locally to support its regional presence and to ensure that activities are sensitive to local priorities and sensitivities. The CABI Project and Programme Gender Strategy provides practical guidance on how to include gender in CABI’s projects and programmes, from identifying gender roles to ensuring gender responsiveness of the work.

In total, 80% of SciDev.Net staff are recruited from the global south.
Among our contributors 49% are male and 51% are female.

Organisationally, we try to overcome norms, expectations and cultural attitudes that build structural barriers to the participation of women and gender in science and policy and have female regional coordinators for both the Global, MENA and LAC editions of SciDev.Net.