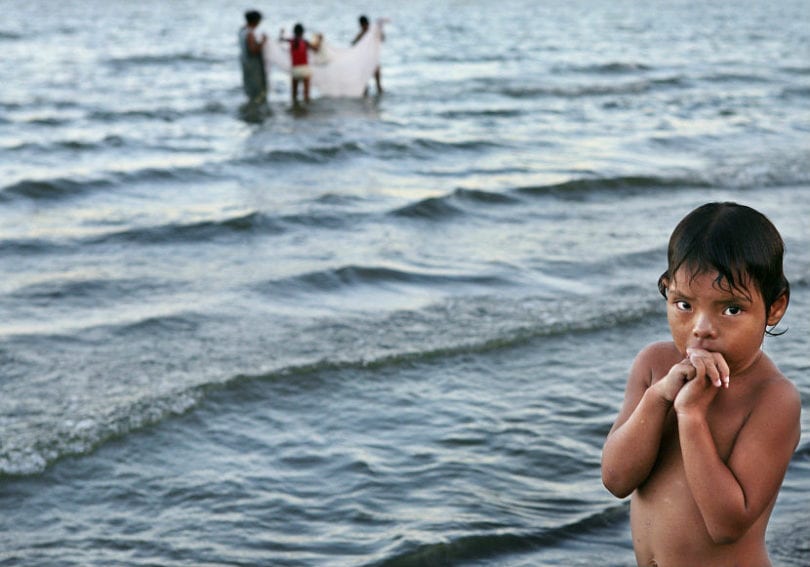 [SANTIAGO] The Interoceanic Canal that will run through Lake Nicaragua could kill life in the vast lake and have other serious effects on the country’s environment and economy unless safeguards are put in place, an independent international panel of experts has warned.

Scientists from the InterAmerican Network of Academies of Science joined biodiversity, engineering and hydrology experts from the Nicaraguan Academy of Sciences (ACN) and the International Council for Science (ICSU) to warn that the project must minimise “unintended adverse consequences” that could do economic, environmental and social harm.

Because of a lack of publicly available information from the Nicaraguan government and HKND, the Chinese firm building the canal, the panel sought to identify “the main technical and scientific questions” in order to “contribute to a public and transparent debate”, Jorge Huete-Pérez, ACN vice-president, tells SciDev.Net.

The water in Lake Nicaragua, Central America’s largest lake, is currently suitable for drinking, irrigation and “other ecosystem services essential to Nicaragua’s economy”.

The lake is particularly vulnerable because it is shallow, with an average depth of 12.5 metres, and is exposed to wind action that encourages sediment to be brought back into suspension

Canal construction, which began last month, will require the lake to be dredged to a depth of 30 metres for 105 kilometres. Together with ongoing maintenance and traffic, it will considerably lower water quality and may impair the lake’s usefulness, says the summary document of a workshop on scientific and technical issues associated with the canal, held in Managua, Nicaragua, on 10-11 November.

“Special protection measures are needed to conserve the present good water quality,” says the panel, which comprises scientists from countries including Brazil, Chile, Jamaica, Mexico and the United States.

In particular, the panel warns that the canal works will release contaminants and nutrients from the lake sediment into the water. This could reduce water quality and affect its rich biodiversity, due to lower light penetration.

The increase in oxygen levels of bottom sediments could also lead to an increase in cyanobacteria that can produce toxins that render water undrinkable.

“Impacts on water and sediments are of concern because Lake Nicaragua is one of the paramount tropical lakes in the world, with profound ecological, environmental and economic value,” the document says.

The works could even create a ‘dead zone’: an area of the lake with no aquatic life, the scientists say.

In addition, dredged materials from the lake bed are likely to contain contaminants including metals, oil and grease, with implications for how these will be disposed of or reused.

A special concern is the presence of mercury, which has spread from Lake Managua, a body of water connected to Lake Nicaragua, along with runoff from pesticides and fertiliser use from local farming. These must be continuously monitored during dredging.

Untreated waste water was dumped into Lake Managua for decades. Specifically, massive mercury contamination was caused by a chemical factory releasing tons of Mercury during the 1970s and early 1980s.

“A nation’s biodiversity is a component of its natural capital, the loss of which is irreparable,” says the document. “A project on the scale of this Interoceanic Canal can potentially cause direct and indirect impacts on biodiversity. These impacts must be anticipated, monitored and/or mitigated before, during and following the construction of the canal.”

One main concern is whether there will be sufficient water for domestic, agricultural and industrial use as a proposed 395 square kilometre artificial lake, Atlanta Lake, is needed to provide power for the canal’s locks. This will require large amounts of water from Lake Nicaragua.

The San Juan and Punta Gorda rivers which both flow out of Lake Nicaragua into the Caribbean Sea will also be deprived of millions of cubic metres of water a day, the scientists say.

The document urges the government to consider an alternative route that would bypass Lake Nicaragua to the north, which “would allow the canal to obtain water from both Lake Nicaragua and Lake Managua without contaminating these indispensable bodies of water”.

Although longer and more expensive to build than the existing plan, it “would be cheaper in the long run, given the costs of mitigating the potential environmental damages of the current route”, says panel member Mary Kalin Arroyo, a biodiversity researcher at the University of Chile.

Representatives from the government, HKND and the company commissioned to assess the canal’s environmental impacts declined an invitation to the November workshop, leaving many of the panel’s questions unanswered.

This “is unfortunate as it would have been a moment to initiate a sincere dialogue with the scientific community”, Kalin Arroyo says.

HKND was granted a 50-year concession in 2013 to build and operate the 278 kilometre shipping route connecting the Atlantic and Pacific oceans. The estimated cost of construction is US$50 billion.

The Nicaragua Grand Canal Commission, which represents the Government in issues related to the Canal project, did not respond to SciDev.Net’s requests for comment.

> Link to the summary report from the workshop