Zubaida Shroff has devoted years of her life to protecting the Argan tree, which is endemic to parts of Morocco, and to improving antiquated techniques to extract its now-prized oil.
A chemist at the University of Mohammed V in Rabat, Morocco, Shroff researched how to make extraction more efficient while preserving the qualities of the oil. Known for its light nutty flavour, Argan oil is used in cooking as well as for its medicinal properties, in particular for skin and hair care.
Shroff, who is also the head of the Ibn al-Bitar for Medicinal Herbs Association, set up in 1999 to develop the production of Argan oil in the country, spoke with SciDev.Net about her efforts to bolster women of the Amazigh ethnic group from North Africa, including the Moroccan area where Shroff carried out her project, while protecting the desert tree.

Why does the Argan tree need protection?

During the 20th century, Morocco lost about half of its Argan trees as a result of deforestation and overgrazing. The production of Argan oil, the tree's most valuable product, was not a sufficient incentive for people to protect the trees. The extraction process was difficult, time-consuming and laborious. There was also a lack of scientific evidence of the oil's nutritional and medical value. 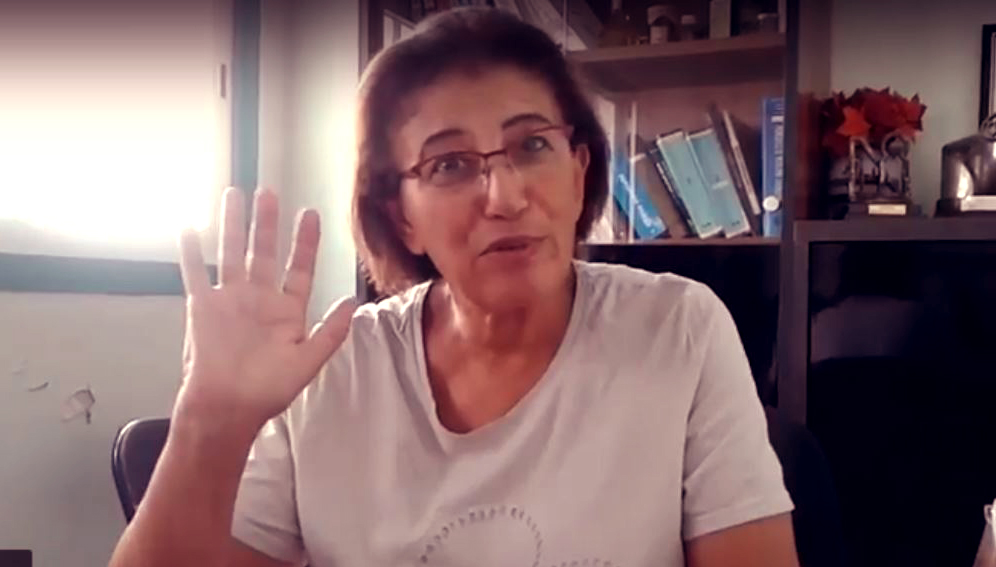 Zubaida Shroff during the interview

How did you begin your journey to rescue the tree?

With research. I studied how to speed up the production process, using similar research on the jojoba tree in Panama. I picked the Argan tree out of 600 local plants in Morocco because a forgotten 1888 study by a French researcher said that some of the tree products could be used in the field of pharmacy.
The year that I wanted to start this work, a study was published showing that Morocco was losing 600 hectares of Argan forests per year. I chose this challenge and made it as the focus of my doctoral thesis, which I carried out in Europe.

What challenges did you face?

I faced many difficulties, especially when the water and forestry authorities in Morocco objected to any other party’s involvement with the tree. One [government official] even asked me to drop the project, advising me to go and teach other women about sewing, which frustrated me a lot.
No one helped me at the beginning—except for the Office for Cooperation Development, whose officials had faith in my project.

What support did you get?

My family offered me huge support. My husband made it easier for me to resume my scientific research and travel to complete my thesis between 1985 and 1990. He also helped me to take Argan oil samples for analysis in private laboratories in Germany.
My mother also looked after my children in my absence. Even my daughters assisted me, when they grew up, in researching books and scientific references; now they work in the same field as I do.

Did other women welcome your initiative?

The fact that the project is directed at women was in itself a major obstacle. In the Amazigh culture, women do not leave their homes for work.
Yet, I started to communicate with rural women, who were familiar with the traditional usages of the Argan tree. I convinced them that the Argan tree project was their project, emphasizing the need to work together to get better results, and offering my help with developing the process of production and marketing the product.
At that time, women worked for 20 hours to extract one litre of oil from 35 kg of the Argan fruit, which they gave to their husbands to sell on the market. The methods of preservation and canning were not good, and the cans were not sterilised.
I tried to find an alternative to the traditional method of preservation and roasting, which decreased oil quality and made it unsuitable for sale in Europe. We also worked to improve the oil extraction stage.
I established the first cooperative for these women in Tamanar, in the south-west of Morocco. By 2002, it was followed by four other cooperatives, each including 45 to 60 women in different parts of the country.

How did you overcome men's resistance?

In the beginning, I faced strong opposition from some men who completely rejected the idea of their wives and daughters getting out to work in the cooperatives. Only divorced and widowed women took part and most people did not understand or trust in the project.
When we began to sell the product successfully, men were convinced that the project is worthwhile. They noticed how other women earned money that they could spend on their children and began to approach the cooperative to enroll their wives and daughters.

How did the project contribute to the advancement of women?

When we started our first Argan oil cooperative, about 95 per cent of the women involved with us were illiterate, so we taught them.
Our work culminated in the publication of a UNESCO-recognised manual and CD to combat illiteracy among women.
The materials were produced in Amazigh language, after we noticed the poor response to programmes carried out in Arabic to raise their awareness of environmental issues.
After suffering social and economic marginalisation, these women were able to grow and pay it forward to other women. Some of them became members of the Moroccan parliament.

What is your biggest achievement? What are you working on now?

We have been able to raise awareness of Argan oil and its benefits, locally and globally. This took a lot of work on the marketing side. We created a cooperative in a site frequented by many foreign tourists. We helped improve the lives of rural women at all levels. Now I am interested in the Nagoya Protocol on benefit-sharing. For example, a person who took a plant from his country to work abroad and invested in it must share the profit with his country of origin.
Argan oil has gained value outside of Morocco; I hope that companies investing in Argan products, or any national plant, will share their profits with those women who work long hours with low pay. Most women do not earn more than 50 Moroccan dirhams (US$5.50) per day.
This piece was produced by SciDev.Net’s Middle East & North Africa desk.