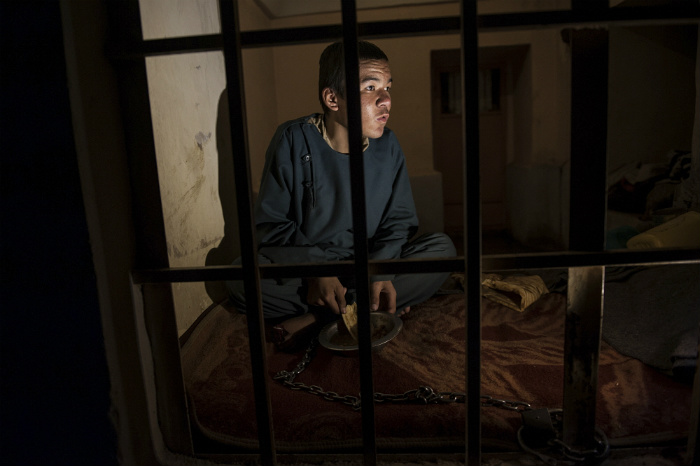 In 2008, Liza (name changed) moved to Harare, Zimbabwe’s capital, from her rural home town where she had been gang-raped by armed forces. She left traumatised and terrified. The event changed her life completely. Not only did she contract HIV from the rape, Liza also became severely depressed. And it took her six years to access any mental health service.

It was only in 2014, while visiting the local clinic for routine HIV/AIDS treatment, that Liza accidentally dropped into a counselling session for depression and quickly realised that she too was a sufferer. Thankfully, such sessions were already integrated into the centre’s services.

But for further counselling, Liza travels ten kilometres each day to a centre that is almost identical to the one in her community. Why? Like many, Liza is afraid of being identified as mentally ill. She fears being looked down on or even socially excluded if other people find out about her treatment for depression.

The stigma surrounding mental health in developing countries is a huge barrier to care — even more stigmatising than HIV/AIDS. And too little is being done to address it.

A range of costs

Across the developing world, there is a feeling that if an individual’s mental illness diagnosis becomes widely known, it would cause a loss of social dignity and worth. A 2014 report by Human Rights Watch said that women in Indian mental health institutions were “treated worse than animals”. [1] This is not unique to India: inappropriate care, prejudice, neglect and feelings of shame are a reality in many developing countries. And it means people do not openly seek help for mental health problems.

The social burden of mental illness has proved the greatest hurdle for receiving and providing care. It largely explains the lack of demand for services in developing countries, where up to 90 per cent of people lack access to treatment and whatever treatment is available is kept away from the public domain. In rich countries, mental health services are 50 times more accessible.

The personal, social and economic costs of secrecy and untreated mental illness are tremendous. A label or diagnosis of mental illness alone can have lifelong implications for sufferers, excluding them from healthcare, family, employment and education. Mental health is also the leading cause of disability worldwide: its cost was estimated at US$2.5 trillion in 2010 and this is forecast to exceed US$6 trillion by 2030. [2]

“In developing countries, up to 90 per cent of people lack access to treatment and whatever treatment is available is kept away from the public domain. In rich countries, mental health services are 50 times more accessible.”

There is yet another cost that has been overlooked. The mental health support that Liza received has transformed her life: she learned to be independent and can provide for her children. People around her see a positive change, but she does not share her stories of loss and struggle with depression even with her loved ones. For her and many others, this is a lost opportunity to help break the stigma associated with mental illness by showing improvement and creating awareness about the realities of mental illness.

And yet, the international donors and health organisations pay little attention to mental health. Less than one per cent of developing countries’ healthcare budgets goes to mental health, and this is the health sector most overlooked by donors and development agencies.

Institutions are often in an appalling condition. For example, the wards of Nepal’s only mental hospital smell as if they haven’t been cleaned for months, and the patients — sometimes chained — say that, “if there is a hell on earth”, it is the hospital.

Because of near-zero investment, the absence of dignified treatment and the continued social segregation of sufferers, mental health treatment and services are not up to scratch.

A few efforts have nonetheless paved a way for progress.

The Movement for Global Mental Health, a network I help coordinate, has built momentum by promoting human rights and better services based on scientific evidence.

Since 2008, the movement has supported a pragmatic shift, partly through a handful of innovative projects that go beyond traditional clinical treatment towards a holistic approach. The projects address key challenges such as integrating mental health into general healthcare or using technology to make services accessible and cost effective.

In Kenya, for example, a project is using mobile phones to help manage depression by accessing the WHO’s Mental Health Gap Action Programme. It does this by training non-mental health workers to deliver a mobile-based and evidence-based intervention through a mobile app. The technology helps overcome the barriers of distance and travel, increasing and speeding up patients’ access to care.

These programmes appear to be making a difference. In August 2015, I visited the friendship bench project in Zimbabwe, which has mobilised female health workers to screen and provide counselling for various mental disorders.

The programme also embeds entrepreneurship training and financial incentives to successfully reintegrate female patients into society. Many of the beneficiaries living with depression and HIV/AIDS have transformed themselves into innovators and entrepreneurs after getting their mental illness under control. And although many still fear talking publicly about their recovery, the project has laid the groundwork for raising grass-roots voices to incrementally break the clutches of stigma. The project has also reduced stigma by becoming part of the general healthcare system.

Innovations like these are ongoing and growing, but the primary responsibility for addressing the mental health tragedy in developing countries lies with governments. They need to boost national funding and encourage investment from aid budgets. And they need to work with global partners to channel this investment towards novel strategies — to both tackle stigma and create services that are demand-driven, dignified and integrated into wider healthcare and communities.

Jagannath Lamichhane is principal coordinator of the Movement for Global Mental Health, founder of the Nepal Mental Health Foundation, a human rights activist and a freelance journalist. He can be contacted at [email protected]

This article is part of our Spotlight on Mental health matters.