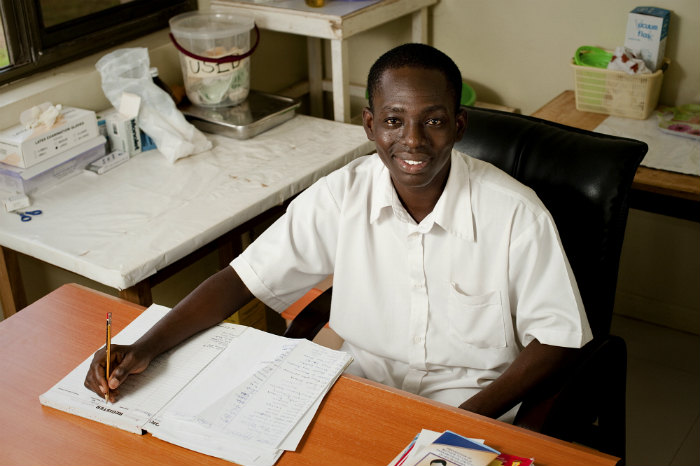 By: Penny Warren and Neerja Chowdhary

Many free, useful resources are available online on various aspects of mental health. The following are some key organisations and resources.

The WHO leads on providing technical advice on mental health. Its mental health atlas sets out country-by-country baseline data on measures of burden, services and governance, including suicide rates and human resources. The WHO’s Mental health action plan 2013-2020 is designed to guide countries’ own action plans for developing services, policies, legislation and strategies based on evidence-based practice.

A systematic analysis of the Global Burden of Disease Study looked at “years lived with disability” as a result of various health conditions in 188 countries between 1990 and 2013. It shows that depression is the second largest contributor to disability, affecting 600 million people globally. A map in The Economist using this data shows depression to be the leading cause of years lived with disability in the Indian subcontinent and in much of Africa.

Suicide affects poor people disproportionately: 75 per cent of the estimated 800,000 suicides a year occur in low- and middle-income countries, according to a WHO webpage on suicide statistics.

An article introducing a 2007 Lancet series on mental health explains the link with physical conditions. It argues that because this link has been overlooked, statisticians have probably underestimated how much of the global burden of disease is linked to mental health conditions.

Another article in the same series describes how the problem is compounded in the global South by inadequate resources for mental health, inequity in their distribution and inefficiencies in how they are used. A recent Guardian report summarises this nicely.

Risk factors including conflict and disease

In its 2012 report Risks to mental health, the WHO says determinants for poor mental health fall into three broad groups: personality issues such as poor self-esteem; social circumstances including bereavement and poverty; and environmental factors such as exposure to conflict and disease.

A separate WHO report explores these risk factors and argues that mental health issues cannot be considered separately from other areas of development. A review article examines the link between poverty and suicide, personality and mood disorders.

Both mild and severe mental disorders are common where people are affected by disasters or conflict. The WHO and UNHCR (the UN refugee agency) have published mental health assessment tools and guidance for use by staff working in humanitarian emergencies.

A paper on the mental health consequences of war reviews evidence of these impacts in Afghanistan, Cambodia, Chechnya in Russia, Iraq, Lebanon, Palestine, Somalia, Sri Lanka and Uganda. And according to medical charity Médecins Sans Frontières, the incidence of severe mental disorders among Syrian refugees who have fled to Iraq doubled between 2012 and 2013. A 2015 review by the UNHCR describes the impact of the crisis on Syrians’ mental health.

The mental health impact of crises can be long-lasting: Nature reports that healthcare workers are still struggling to help families in West Africa as a result of Ebola. This is partly due to the lack of healthcare staff, according to a comment article in The Journal of the American Medical Association.

The profound psychological impacts on children and adolescents were discussed in a symposium convened last year by UNICEF (the UN Children’s Fund) and others.

And a paper in International Health, part of a special issue on global mental health [link to PDFs], reviews trends in humanitarian crises and documents a shift in focus from measuring burden to documenting the effectiveness of interventions to thinking about how to deliver care.

Culture affects how mental disorders are viewed and the stigma that people with mental issues can experience. It also affects how patients describe clinical syndromes and accept treatments — an article in Scientific American explores the effect of culture on how mental illness is labelled.

Stigma is often a significant issue. In an article exploring cultural perspectives and attitudes in Nigeria, the author says mentally ill Nigerians will rarely seek conventional medical treatment because they believe their condition has a supernatural cause. In much of Africa, social stigma means mental illness is a “silent epidemic”, according to an article on social and cultural aspects of mental health on the continent. Stigma can be influenced by how people perceive the cause of the disorder, which itself is strongly influenced by culture — for example a condition might be less stigmatised if it is believed to have a genetic origin, according to a study in Chinese Americans.

Because beliefs about mental health in developing countries can differ from those associated with Western medicine services need to be offered in a culturally sensitive way. A review article examines the challenges of doing this to create ‘fit for purpose’ interventions. And another paper provides a culturally sensitive framework for psychosocial intervention that has since been widely applied. There are also non-traditional ways of tackling stigma. One example is Kenya’s leading psychiatrist, Frank Njenga, who uses a TV talk show to promote better understanding of conditions such as schizophrenia and substance abuse.

Addressing needs in the global South

Mental health expert Vikram Patel has argued that low-income countries cannot effectively use Western-style models of mental health care, arguing instead that they should deliver treatment through the primary healthcare system.
A review article  summarises strategies to overcome barriers to scaling up mental health services.

The WHO has made a serious effort to scale up global action by launching its Mental Health Gap Action Programme. Through a systematic review of evidence and consultation with experts, the Mental Health Gap Intervention Guide provides decision tools and treatment advice for non-specialists working in resource-poor settings. [1] In some countries, such as Sierra Leone, the guide is being used to train psychiatric nurses.

The WHO has also published toolkits for the clinical management of disorders and for assessing the mental health needs of people in emergency situations. In response to the West African Ebola epidemic, it also published toolkits for field workers giving psychological first aid, and a guide on providing psychosocial support. The US Centers for Disease Control and Prevention has a page of mental health resource links for those affected by a disaster. A 2015 UNHCR report, also cited above, offers information on sociocultural issues to guide staff offering psychosocial support to Syrian people.

The UN’s Sustainable Development Goals include promoting mental wellbeing, with some advocating for stronger action via the umbrella campaign #FundaMentalSDG. In April 2016, the WHO and World Bank will hold a global mental health meeting to mobilise a coalition to scale up the implementation of interventions.

Several organisations and networks in addition to those mentioned above work to improve mental health worldwide.

The Mental Health Innovation Network is a community of mental health innovators that offers access to a database of more than 100 research-based innovations across the globe, from Palestine to Uganda.

The World Federation for Mental Health is a membership organisation focusing on grass-roots advocacy and public education on mental health issues.

PRIME (programme for improving mental health care) is a consortium of research institutions and ministries of health in Ethiopia, India, Nepal, South Africa and Uganda.

The Centre for Global Mental Health — a collaboration between King’s College London and the London School of Hygiene & Tropical Medicine in the United Kingdom — runs 40 research projects to improve access to mental healthcare in developing countries. A programme at Columbia University, United States, also provides mental health research and training on a global scale. And the US National Institute of Mental Health has set up a collaborative network of regional hubs for interdisciplinary research in mental health.

The UN’s Office of the Special Representative of the Secretary-General for Children and Armed Conflict highlights the effects of war on children. The UK-based charity War Child offers both practical and psychological support to children in conflict areas.

This article is part of our Spotlight on Mental health matters.

[1] mhGAP intervention guide for mental, neurological and substance use disorders in non-specialized health settings (WHO, 2010)