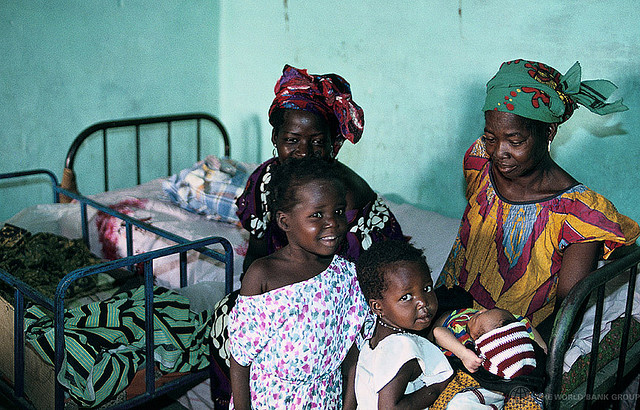 [LONDON] Chronic diseases such as heart disease, cancer and diabetes have taken the place of infectious diseases and malnutrition-related childhood illnesses as the primary cause of death worldwide, according to the largest investigation of global health to date.

But in Africa, infectious and vaccine-preventable diseases remain urgent concerns, alongside maternal, child and new-born mortality, says the 'Global Burden of Diseases Study 2010' (GBD 2010) which was launched at the Royal Society in London last week (14 December).

And while life expectancy has increased worldwide, the GBD 2010 study, published in The Lancet, reveals that longer lives are coupled with disability, mostly caused by the increasing incidence of chronic disease, musculoskeletal disorders and mental health conditions.

The study is a major collaborative effort to produce data on the diseases, risk factors, disabilities and injuries the world faced between 1990 and 2010. It was funded by the Bill & Melinda Gates Foundation and led by the Institute for Health Metrics and Evaluation (IHME) at the University of Washington, United States.

It has involved 486 scientists from 302 institutions worldwide, covering 291 conditions and 67 risk factors, for 21 world regions and 20 age groups.

"There is a progressive transition towards an increasingly large fraction of the burden of disease coming from non-communicable disease as opposed to communicable diseases and maternal and neonatal causes," said Christopher Murray, IHME Director and leading GBD investigator, during the launch.

"Yet, in Sub-Saharan Africa there is still a large fraction [of people dying] from communicable, neonatal and maternal causes," he added.

In Sub-Saharan Africa, 65 to 70 per cent of the disease burden continues to be related to Millennium Development Goals 4, 5 and 6 (to reduce child mortality; to improve maternal health; and to combat HIV/AIDS, malaria, and other diseases), Murray said.

The study also reveals that high blood pressure is the world's leading cause of mortality and disability — a problem affecting poorer countries as well as the more affluent, because of a surge in high-salt diets across the developing world.

And while tobacco smoking is falling in the developed world, it is rising in poorer countries.

Amid the more alarming data, there is some good news: child mortality has decreased globally, from 11.9 million in 1990 to 7.7 million in 2010, and child malnutrition has fallen. The burden of disease from unsafe water and sanitation is also down on previous years.

But while the study demonstrates progress in some important global health areas, it also underlines that much remains to be done.

For example, 100 children every hour continue to die from vaccine-preventable infections, such as rotavirus, meningitis and hepatitis B.

And preventing death among young adults, particularly men, needs urgent attention: the number of men dying because of violence, injuries, suicide and HIV/AIDS is escalating. AIDS alone remains a leading cause of disease burden and death, despite fewer new infections and the increasing availability of antiretroviral therapy, care and support.

"We should reflect on how we can best link all these diseases together, so that policymakers can use these data to implement programmes that will promote the health of people for the longest period of time," said Mark Dybul, recently appointed executive director of the Global Fund to Fight AIDS, TB and Malaria.

Alan Lopez, affiliate professor of global health at IHME and a GBD leading investigator said: "Studies such as this […] are essential if countries are to be better informed about their health priorities and how these are changing".

"We know that dozens of countries have taken the methodology of GBD and applied it to their own situation to better inform local health planning and policies," he added.

Yet the emphasis of many talks at the launch was that more needs to be done to ensure governments implement related policies based on the data.

Link to full study in the The Lancet (*free registration required)

‘Water can be a topic of cooperation’