Syria’s ICARDA falls to rebels, but research goes on 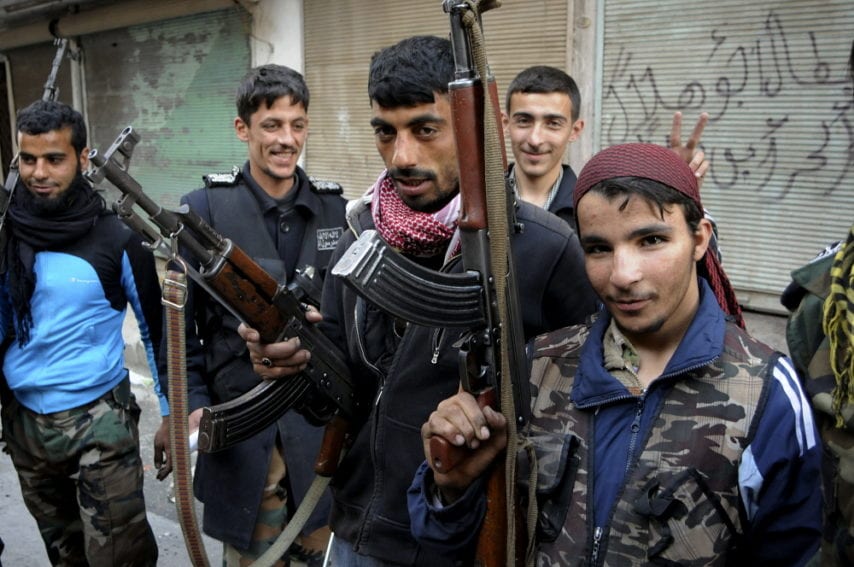 [IZMIR, TURKEY] Armed Syrian rebel groups have occupied the main research station and headquarters of the International Center for Agricultural Research in the Dry Areas (ICARDA) near Aleppo in Syria, SciDev.Net can reveal.

But local staff working at the ICARDA station have made informal arrangements with rebel fighters to allow them to continue growing crops at the centre in the conflict-hit state, according to the organisation’s director-general, Mahmoud Solh.

He said there had been battles between the government forces and the rebels in the surrounding area, and that the rebels had taken control of the area and seized ICARDA’s headquarters building.

“The armed groups demanded financial compensation for guarding the building, but we refused,” he said. Instead they settled for payment in crops, he added, since ICARDA has little control over the harvest anyway, and is mainly interested in measuring yields, not keeping the crops themselves.

This unwritten arrangement “guarantees that they have food, since prices in Syria have skyrocketed, and we have no problem with this arrangement, because, at the very least, it guarantees the continuation of our research farm, since allowing it to go fallow could ruin it as a research station”, Solh said.

“The armed groups took control of the building, but they allowed our researchers to remain in the fields and do their work,” he said. “Our technicians had to deal with the person assigned by the rebel groups to with respect to their operations in the centre.”

“ICARDA’s technicians are keen to be able to ensure the soil health and soil productivity of the research station. Apparently, the armed groups are taking the majority of the harvest from the crops grown in the centre’s research farm in Aleppo,” Solh told SciDev.Net.

He spoke to SciDev.Net initially at the sidelines of the 2nd International Wheat Stripe Rust Symposium, in Turkey, which ended earlier this month (28 April-1 May).

But Solh was later keen to emphasise that there was no official, high-level agreement with the rebels and that any such arrangement was between the local technicians and the armed groups.

The armed groups keep changing, he added, which creates difficulties for the local staff since any arrangement or any agreement they make with one group “does not mean anything to another group”.

In 2012, after damage to some of ICARDA’s property near its head office in Syria, the organization has gradually relocated its expatriate staff to Lebanon, Jordan, Morocco, Ethiopia, Egypt and Turkey.

The two main objectives behind the relocation were to ensure staff safety and continue the organisation’s operations outside Syria, particularly in Africa and Asia, Solh said.

“Activities in Lebanon, ICARDA’s host country, and in Jordan have expanded to provide the research and services that would normally be conducted at the center’s headquarters and principal research station at Tel Hadya, in Aleppo, Syria,” an ICARDA statement said this month.

“Some members of the armed groups are farmers who used to work with ICARDA and they appreciate the value of the role that the organisation plays.”

It is now “progressing rapidly” with its decentralisation, following the volatile situation in Syria, where it still has about 100 staff and is continuing with some long-term research trials.

The former headquarters of the centre has a research farm of about about 950 hectares near Aleppo, which is still farmed by Syrian ICARDA technicians from surrounding villages to maintain the soil health and productivity, Solh added.

“Some members of the armed groups are farmers who used to work with ICARDA and they appreciate the value of the role that the organisation plays,” an ICARDA spokesperson added.

A source from one of the rebel groups — who asked to remain anonymous — denied that the crop agreement was the only reason that the centre was allowed to continue its limited activity.

The source, who identified himself as a member of the group in charge of protecting the building, said: “We are not thugs. We are decent people who fully understand the value of scientific research.”

He explained that they had been forced to make the deal because of the difficult circumstances the city was going through. “We certainly would not have done this if the situation had been any better than it is right now,” he said.

SciDev.Net was unable to reach the Syrian government, which still provides funds for ICARDA, for its comment on the situation.

Despite its troubles, the centre has managed to duplicate more than 80 per cent of the unique collection of crop genetic resources from its gene bank in Aleppo to the Svalbard Global Seed Vault in Norway, which stores ‘back-up’ copies of seeds.

With the seventh shipment of seeds having arrived in the Arctic facility in March, the Svalbard seed vault has received more than 116,000 samples of plant genetic materials so far. “The latest two shipments were sent by ICARDA’s resident Genebank Team in October 2013 and February 2014 even as difficulties continue in Syria,” said a recent ICARDA statement (5 May).

A version of this article first appeared in SciDev.Net’s Middle East and North Africa edition.