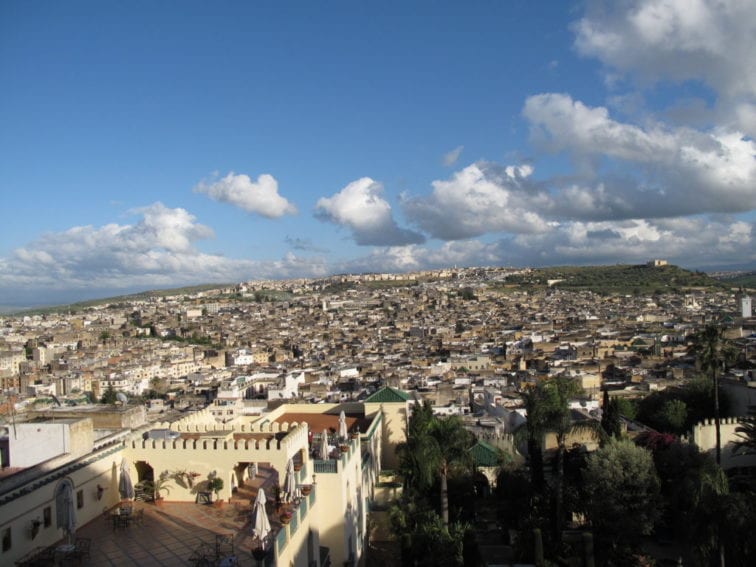 Medina is one of the cities close to lava fields that may trigger earthquakes Copyright: Wikimedia Commons

[JEDDAH] Western regions of Saudi Arabia may be at risk from an unusual type of earthquake caused by failed volcanic eruptions, according to a team of Saudi and US scientists.

They analysed some of the thousands of mini-earthquakes that hit the region in spring 2009, after a volcano eruption failed but still forced magma through rock up to around two kilometres below the surfaces, causing earthquakes.

Although most of the lava fields — areas where lava from a volcano flows — that caused Saudi Arabia's recent earthquakes are in uninhabited areas, the city of Medina is spreading into one such area, and other cities, such as Nairobi, Kenya, are close to similar regions.

Cynthia Ebinger, a geophysicist from the University of Rochester, New York, who has studied failed volcanic eruptions in East Africa, told Nature: "We need a reassessment of volcanic hazards throughout East Africa and the Red Sea area."

Between April and June 2009, more than 30,000 earthquakes caused by a failed volcano eruption struck an area of northwest Saudi Arabia that was considered seismically inactive. One earthquake, measuring 5.7 on the Richter scale, led to the evacuation of 40,000 people from the town of Al Ays near Medina.

An international team of scientists concluded in Nature Geoscience last month (26 September) that neither a volcanic eruption nor further large earthquakes are imminent, but that future volcanic activity could cause further earthquakes. "The region may be primed for future eruptions," the lead author, John Pallister, a volcanologist at the US Geological Survey Cascades Volcano Observatory, in Vancouver, Washington, told Nature.

But one of the study's Saudi authors, Hani Zahran, director of the National Centre for Earthquakes and Volcanoes at the Saudi Geological Survey, in Jeddah, told SciDev.Net that seismic activity in the region is now weak and that a new earthquake is unlikely, "so citizens don't have to panic".

Zahran said the Saudi authorities have developed precautionary measures to cope with future earthquakes. "The Geological Survey has established a seismic monitoring system," he said, "and we are collecting all available data to have a better understanding of the nature of this activity and try to find out its future behaviour."

Lieutenant general Sa'ad Al Twigry of the Saudi Civil Defence said the organisation "has an emergency plan to evacuate this region that could be applied whenever the earthquakes are back".

Abdullah M. Al-Amri, head of the Saudi Society for Geosciences and director of the Seismic Studies Centre at King Saud University, Riyadh, said the centre's two-year study of seismic activities in the region, which outlines the possibility of future eruptions or large earthquakes, will be published within the next two months.