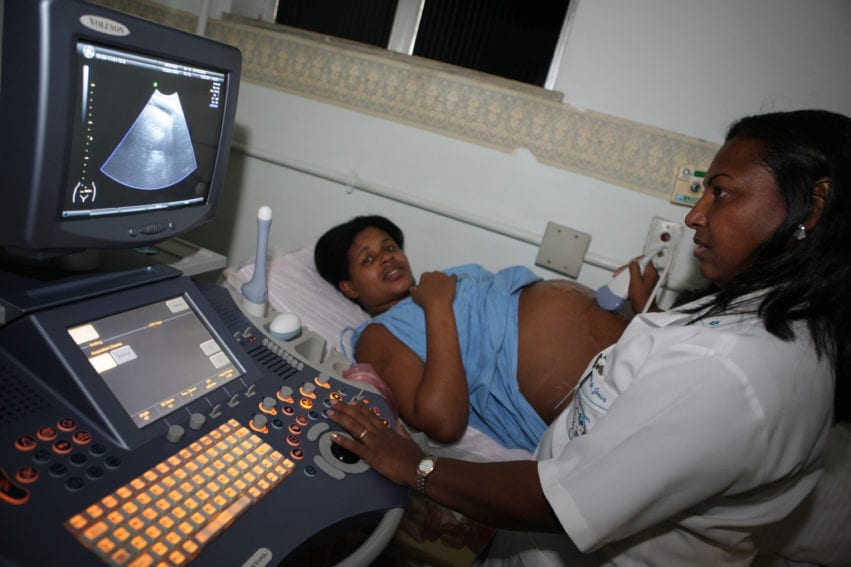 [SÃO PAULO] The placenta — an organ responsible for carrying oxygen and nutrients from the mother to the foetus — is much more vulnerable to Zika infection in the first trimester of pregnancy, and this explains why the congenital damage caused by the virus is more serious in the early stages of a child’s prenatal development, according to a study.

The researchers, who published their findings in the Proceedings of the National Academy of Sciences (February 13), used reprogrammed embryonic stem cells to reproduce cells of the human placenta in the first trimester of gestation.

Their results show that in this period, the virus finds a favourable biological environment for infection. This is because the placenta produces genes encoding proteins that help the virus to cross it.

In addition, the placenta’s immune defense mechanisms are not yet fully developed in the first trimester.

Over time, however, the organ matures and stops producing these proteins, and it begins to activate molecules associated with antiviral defenses, such as interferons type I and III.

“Any therapeutic intervention at the beginning of pregnancy is considered to be a high risk for foetal development and, therefore, should be treated with discretion.”

"The results corroborate other studies suggesting that the placenta is more vulnerable to Zika infection in the first trimester of pregnancy," biologist Michael Roberts, a researcher at the University of Missouri, United States, and lead author of the study, which is supported by FAPESP, told SciDev.Net.

He noted that an earlier study, published in 2016 in the Journal of the American Medical Association, found brain abnormalities in 5.9 per cent of the children of 442 American women exposed to Zika at some time during their pregnancy. However, among these, there were no cases of congenital damage among children of women who had been infected during the second and third trimester of pregnancy.

The researchers also verified that the Zika strain identified in Africa is more virulent than the Asian strain, which gave rise to the Brazilian strain of the virus.

According to Roberts, the African strain multiplies faster than the Asian strain, destroying placental cells and compromising gestation.

Although the results are important, there is still a long way to go before obtaining an effective alternative against infection with this virus, he warns.

The study reinforces the message that pregnant women should have quality care during pregnancy, especially in the first few months but without neglecting the risks of infection in other months, according to Jean Pierre Schatzmann Peron of the Institute of Biomedical Sciences of the University of Sao Paulo (ICB-USP), Brazil.

"Any therapeutic intervention at the beginning of pregnancy is considered to be a high risk for foetal development and, therefore, should be treated with discretion," the biochemist tells SciDev.Net.

The study, published in Proceedings of the National Academy of Sciences has the support of the Foundation for Research Support of the State of Sao Paulo (FAPESP), one of the donors of SciDev.Net.

This article was produced by SciDev.Net's Latin America and Carribean edition.