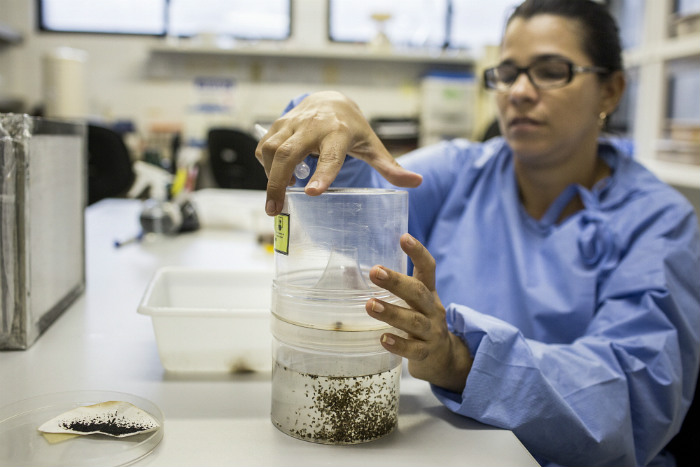 The release of genetically modified (GM) mosquitoes whose offspring die before they become mature adults has slashed numbers of the insects in a Brazilian city in a state troubled by Zika fever.

Several million of the ‘friendly Aedes aegypti’ mosquito were released in a district of Piracicaba, in Sao Paulo state, in April 2015. By the end of the year, mosquito numbers in the area had plummeted by 82 per cent, according to Oxitec, the company that developed the mosquito.

The firm announced this month that it will work with Piracicaba municipality to build a local production facility that will continuously rear the GM mosquito for release (see chart). This could protect up to 300,000 people — the whole city — from mosquito-borne diseases such as Zika, dengue fever and chikungunya, according to Oxitec chief executive officer Hadyn Parry.

Glen Slade, the head of business development at Oxitec Brazil, tells SciDev.Net: “The GM mosquito does not perpetuate in nature: it dies two to four days after being released.”

The Aedes aegypti mosquito that spreads Zika fever is not native to Brazil, but was imported through international travel.

Slade says that the GM mosquitoes could be combined with traditional strategies, such as destroying breeding sites and using insecticides, to eradicate the species from the country.

The use of the GM mosquito was approved in Brazil in 2014 after the national regulator for transgenic organisms decided the insects did not pose a significant risk to humans or the environment.

The Piracicaba project is receiving a lot of government attention as Latin America is trying to get on top of Zika fever, which was introduced to Brazil in 2014 and has now spread to 21 countries in the region (see map). Zika has been blamed for causing brain damage in babies whose mothers catch the disease while pregnant.

On 25 January, the World Health Organization announced that Zika could infect all South American countries, while El Salvador’s government warned women wanting to get pregnant to wait until 2018 to avoid infecting their unborn children.

Apart from Zika, Brazil is also plagued by dengue fever, which is why Piracicaba’s health authorities are working closely with Oxitec on the project. Pedro Mello, the city’s secretary of health, says the district saw 133 cases of dengue fever in 2014/15.

“But in 2015/16, after the beginning of the Friendly Aedes aegypti project, we had only one case,” he says. 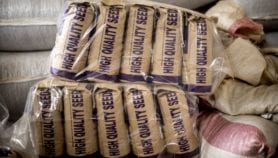