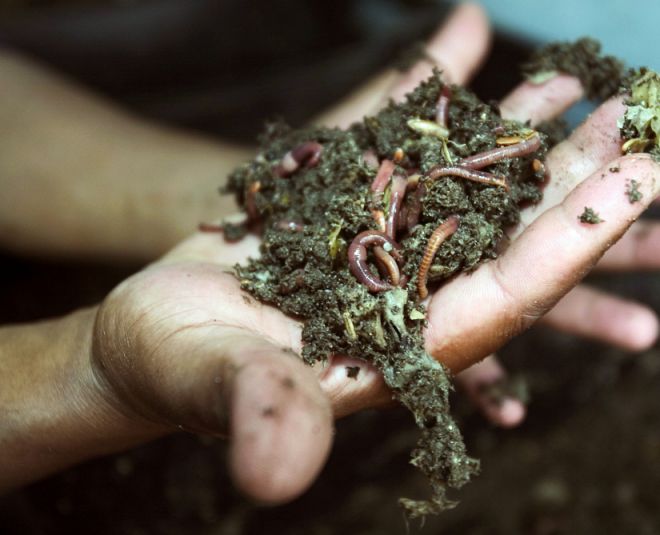 [HARARE]  A project in Zimbabwe is promoting the use of earthworms to enable the country’s small-scale farmers improve soil fertility and boost crop yields.

The earthworms eat organic wastes, and their faeces that are more potent than ordinary compost are used to improve soil fertility, according to Ephraim Whingiri, the chief executive officer of Zim Earthworm Farms (ZEF).

ZEF held a campaign last month (26 August) in the capital Harare, and so far has trained 100 farmers to use earthworm technology.

“The next green revolution is going to come from earthworm technology.”

Experts say that increased soil degradation and soil infertility have led to the massive drop in food production in the country, thus requiring interventions to boost agriculture.

Whingiri explains that earthworm technology is cheap and can alleviate poverty, adding that his organisation is training smallholders to breed earthworms as an income-generating activity.

Tracy Kashanje is one of the 100 smallholder farmers who have been trained by ZEF in how to produce organic fertiliser and compost from earthworms. ZEF trained the farmers at no cost to them, according to Whingiri.

Kashanje and other smallholders were given 60 grams of earthworms after the training to help breed and keep them.

“It is cost-effective as I sell earthworms and also use it as manure,” says Kashanje. “Organic farming has increased my harvest.”

Whingiri says earthworm technology can address the waste management and food security dilemmas in the country, adding: “Earthworms technology is economically viable, sustainable and socially acceptable. Every household has waste from animals, food waste and field waste, which if composted and inoculated with earthworms, can be converted into rich bio-fertiliser”.

Chikwari adds that organic farming can help improve soil structure, and that unlike chemical fertilisers which are popular in the country, organic manure is not prone to nutrient losses through leeching.

“There is a need to provide appropriate training for farmers so they can know how to handle and manage earthworms, Chikwari says, adding that the government must increase support for  organic farming so that researchers can generate information that can be packaged and given to farmers.

Chikwari suggests that there should be programmes designed to motivate farmers to use organic farming in the region.  “[Earthworm technology] is the way to go for now,” Chikwari tells SciDev.Net.