Islam Analysis: Do or die for OIC science cooperation 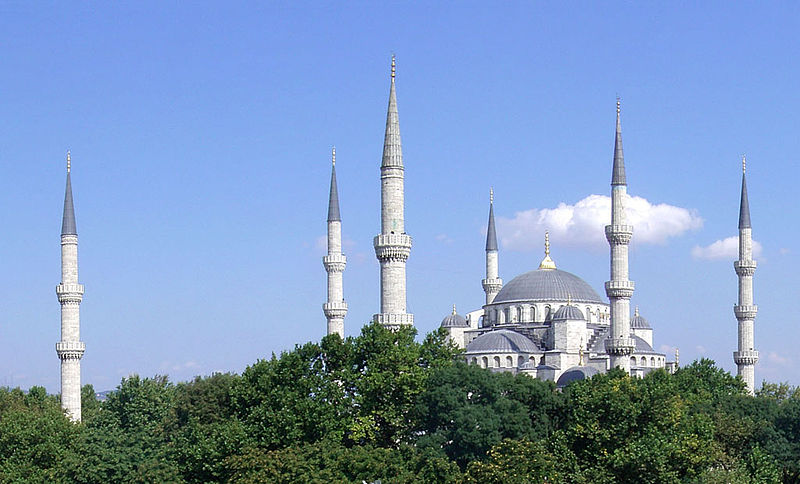 The Islamic world's current science effort is on life support and without major 'surgery' could be yet another policy failure, says Athar Osama.

In 2007, the Organisation of Islamic Cooperation (OIC) created the Science, Technology and Innovation Organisation (STIO) to jumpstart science cooperation among its 57 member countries. Three years later, a founding meeting approved an annual budget of US$70 million, with four founding members — Iran, Pakistan, Saudi Arabia and and Syria — committing US$5 million each to the budget.

To date, 20 countries have joined STIO — but none has honoured its financial commitment, according to the organisation's secretariat in Islamabad, Pakistan.

STIO's mandate was to organise cooperative research and pool resources under the banner 'Your money for your projects'. But there is very little to show for its six years of existence.

Muslim countries have performed abysmally when it comes to collaborating with each other. According to an annual report (2006–7) of the Islamic Development Bank (IDB), inter-country trade among Muslim countries is only 14 per cent of their overall global trade. This is particularly true of commerce related to science and technology.

But the failure, so far, of STIO could be a new low in OIC science diplomacy, particularly because STIO promised to make good on many years of trying to create a pan-Islamic R&D fund.

That promise should not be lost: the Muslim world should save this important piece of science diplomacy infrastructure.

The surgery needed to save STIO from becoming either defunct or an instrument of the status quo requires a proper diagnosis. Its problems lie at two levels.

The first is the politics of power within the Islamic world. OIC institutions have often been dominated by one country, which often results in diplomatic deadlock.

It is important to rise above such politics to create organisations with shared ownership within the Islamic world.

STIO, for instance, is nominally headquartered alongside COMSTECH, the OIC's Standing Committee on Scientific and Technological Cooperation, based in Pakistan and always headed by someone from the country. But it could be headed by someone of appropriate credentials from another country. If he or she belongs to an influential country in the OIC, such a leader could bring additional weight — and resources — to the table.

Back to the drawing board

The second source of STIO's problems may lie in a design flaw, although this was hard to predict. 'Your money for your projects', struck as a compromise to gather the political will to create STIO, actually undermines it. This is because member countries are allowed to spend up to 90 per cent of their financial commitment to STIO within their countries with just 10 per cent going to the organisation.

I believe most countries have then tended to see the 10 per cent contribution as an undesirable tax. STIO has so far been unable to lay out a menu of services it will offer in exchange and make a convincing case for the contribution.

Many aspects of STIO may have to be rethought if it is ever to bring about major change in the status quo of science and innovation cooperation within the Islamic world.

That STIO needs a major rethink is probably well understood. The precise scope of this rethink needs a discussion.

Shahid Kamal, a former Pakistani ambassador to Germany, recently submitted a report to STIO to help the organisation navigate this uncharted territory. The report calls for "realism and pragmatism in activating the spirit that led to [the] creation of STIO".

"Creating very high expectations without having the political support and organisational paraphernalia to deliver on it is a recipe for disaster," says Kamal.

A key recommendation of Kamal's report is the creation of a number of bodies to help identify ways and means to remove the political and organisational gridlock, diversify decision-making, and create shared ownership.

The report calls for the election of the executive board, a body of independent experts from OIC member countries that will identify institutional and policy bottlenecks, and formation of an international advisory group — 'Friends of STIO' — to help the organisation move ahead.

It is important that this exercise is carried out with the ultimate objective of bringing fresh voices to add new perspective to the challenge of moving STIO forward.

The advisory group must engage with emerging young leadership in science, technology, innovation and policy, who not only have a much greater stake in the future but are also those who have experience of thinking 'outside the box' and challenging the status quo.

Both the body of experts and the advisory group must be empowered by the secretary-general of the OIC and report their findings to him. They must have considerable flexibility to suggest ways to address the bottlenecks, including dropping parts of STIO's mandate and introducing elements outside the OIC establishment.

Without a fresh perspective, major redesign, and some inspiration, STIO is likely to remain, unfortunately, dead on arrival.

Athar Osama is a science and innovation policy consultant and advisor. He is the CEO of Technomics International Ltd, a UK-based international technology policy consulting firm, and founder of Muslim-Science.com and the Pakistan Innovation Foundation.

* This article has been produced by SciDev.Net's Middle East and North Africa desk.