The value of novice experts and being social 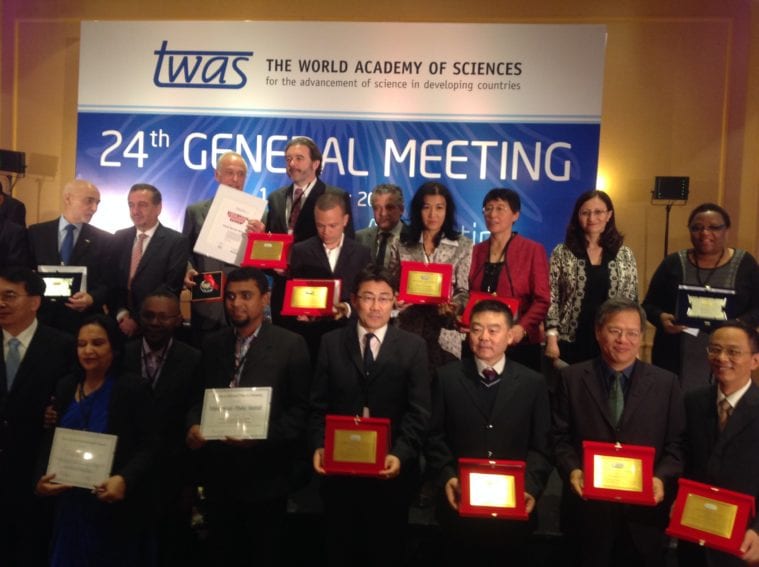 It strikes me that The World Academy of Sciences (TWAS) has a special challenge at these general meetings.

They honour the best of science in its various fields. But the cross-section of disciplines that constitutes the membership presents an interesting challenge for a celebrated researcher meant to showcase their latest achievements at the meeting.

Claudio Bunster, who won a prize from the academy for his work on quantum mechanics, said before his lecture that he was warned to avoid jargon, but, clearly, dumbing down in front of a group of scientists seems counterintuitive.

Perhaps unsurprisingly, the most successful presentations so far featured a few good questions in the post-talk discussion.

Having scientists from outside your field in the audience presents an opportunity to talk to intelligent novices. Their questions will cut to the most salient points, acting as a summary, driving the discussion forward and generally levelling the playing field in the room. For instance, a very dense discussion on the anatomy of H7N2 (avian flu) prompted a question about the difference between the Shanghai and the Anhui strains of the virus. In his response, George Fu Gao of the Chinese Center for Disease Control and Prevention had to recap, with helpful concision, the history of the virus's transmission and the implications of his work for emerging strains. (In short, this is a dynamic virus with emerging strains and tactically it makes sense to focus on interrupting the leap from animals to humans.)

It would be great if TWAS made more of this cross-disciplinary interrogation. Apart from anything else, it would help some accomplished folks improve their communication skills. Eventually, documentation of these talks may even be made available online.

But we should be wary of overstating how heterogeneous this meeting is. This morning over breakfast, a recently inducted fellow bemoaned the fact that, although the academy had started admitting social scientists, they were not catered for in the meeting's programme. It is true: social and economic scientists are given one all-encompassing category for their achievements compared with the thoughtful delineation of other scientific categories. The tide is shifting, but there is much that can be done to engage these types of academics better.

Perhaps the academy will take heart from the fact that the three most popular presentations today featured a heavy dose of social science: one on the development of vaccines for cholera in Bangladesh, one on an anti-HIV prophylactic gel for women in southern Africa and one on inequality trends in Brazil. All of the lectures were by scientists who won awards from the academy at this year’s meeting.

Conveniently, the talk by the Brazilian economist Ricardo Paes de Barros concluded that science education will be an important driver in changing the economic metrics he is monitoring in his country.

It would be a pleasant reciprocity to see more presentations of hard sciences reflecting on the value of other disciplines.

Still, there are not enough conferences with 'developing countries' in their titles that feature presentations on quantum mechanics. And for this, TWAS deserves credit.