Africa changes the conversation around STEM 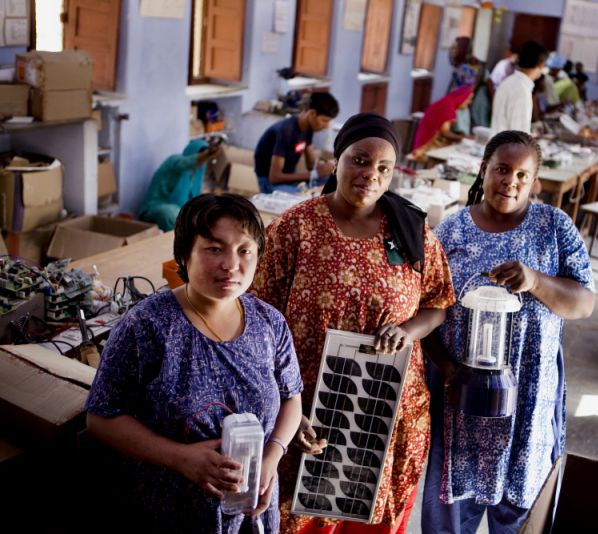 The economic and social circumstances of many African countries are quite different from rich countries in the West, which can make it difficult to find the right approach for development. In a continent where 90 per cent of the food produced comes from 33 million small farms, and schools have classes with 100 children, it is clear that simply importing technologies and policies from the United States and Europe won’t always work.

But sometimes it has worked — for example a robot traffic warden that cannot be bribed in the Democratic Republic of Congo. Or a power generator fuelled by urine, created by three teenage girls from Nigeria. Or farming policies that increase production but still protect and support small farmers.

Africa will become great when it discovers what the people’s problems are and uses their resources to solve them.

In all these cases, technology was not just imported, it was also combined with local science and engineering know-how, the Pioneering STEM in Africa event, which took place in London, United Kingdom, on 3-4 December, heard.

“Africa will become great when it discovers what the people’s problems are and uses their resources to solve them,” said Viola Llewellyn, the chief operating officer of Ovamba Solutions, a company that matches small and medium-sized businesses in Africa with lenders all over the world. “This includes the very underexplored human resources.”

But the conference soon hit on the crucial question of how to provide Africa’s people with the science, technology, engineering and maths (STEM) tools to solve their problems.

Ideas floated at the event included mentoring and offering summer placements in industry to young female scientists from Africa to increase their confidence and get more women into STEM careers. Delegates also suggested that scientists should liaise more with local journalists and teach them about, for example, farming technologies, so that competent news about these technologies reaches farmers and convinces them to adopt more productive practices.

The need to encourage students to think critically was highlighted by the speakers. Audrey Dralega used to be a headteacher in Uganda and is now an education consultant. She said she wants to instil some critical thinking in schools, and believes “venerating a subject doesn’t bring it to life”, even if the subjects are STEM.

I was glad to observe a notable shift in the debate — when I went to university in London a decade ago, concepts such as curiosity, critical thinking and acceptance of failure were not part of the general discussion on science education and communication. But among the African delegates, the discussion has moved from the ‘educational’ camp, and is now framing STEM as something more inspirational and empowering.

However, as progressive as this sounds, translating this concept into real changes in the education system or the job market remains complicated, as the conference duly noted. Yet the ideas mentioned above show that STEM, if it can be harnessed correctly, can empower Africans to solve African problems themselves.