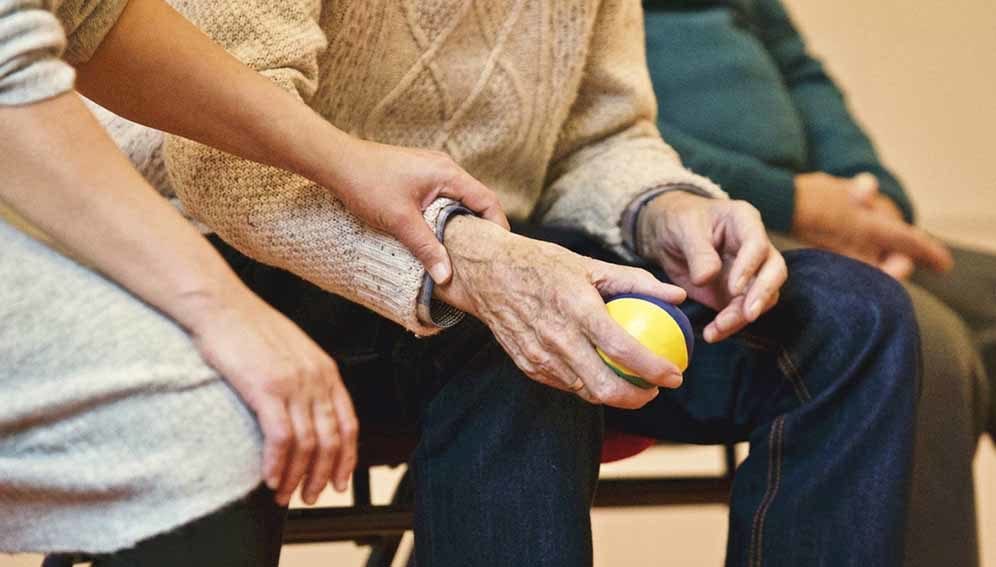 Around 50 million people worldwide are living with dementia, and there are nearly 10 million new cases every year, WHO figures show. Copyright: Image by StockSnap from Pixabay.

The first global effort to combat Alzheimer’s is acting with the “passion and urgency” that patients around the world feel about fighting this disease, says George Vradenburg, convener of the Global CEO Initiative on Alzheimer’s Disease (CEOi) and co-chairman of the newly launched Davos Alzheimer’s Collaborative.

Aimed in large part at low- and middle-income countries, where more than two-thirds of families affected by Alzheimer’s live, the new alliance has the ultimate goal of preventing symptoms by slowing the disease down or stopping it altogether, Vradenburg explained in a remote interview with SciDev.Net.

For Vradenburg, who is also chairman and co-founder of the non-profit organisation UsAgainstAlzheimer’s, this mission is deeply personal, with three generations of his family having suffered from the disease.

How would you summarise what the Davos Alzheimer’s Collaborative is about?

The Davos Alzheimer’s Collaborative is a partnership between the Global CEO Initiative on Alzheimer’s Disease and the World Economic Forum. They now think, as we do [at UsAgainstAlzheimer’s], that Alzheimer’s is perhaps the largest looming pandemic facing the world and that we need a global mechanism to begin to link at scale existing efforts around the world, with the goal of accelerating treatments to prevent Alzheimer’s. They’ve done this twice before with GAVI, the Global Alliance for Vaccines and Immunisation, and CEPI, the Coalition for Epidemic Preparedness Innovations.

“If you really do want universal access to [Alzheimer’s] medicines here, we better get to work now. That means thinking… with some sense of passion and urgency so that we get on with it and get ready for it,”

What’s special about the Collaborative? And what does it hope to achieve?

What makes this special is, first, that it’s global. It is devoted to integrating low- and middle-income country work into the fight against Alzheimer’s, since 90 per cent of the people of the world are non-Western-European populations, which have been the focus to date of research efforts.

It will focus on linking clinical trials systems around the world so that we conduct faster trials of disease-modifying and prevention drugs. And it will get our health systems prepared to detect and diagnose this disease early… so that we can introduce drugs in the populations before symptoms occur and prevent symptoms from ever occurring.

What do you mean by ‘getting health systems prepared’?

One of the aspects of what we’ll be doing is funding pilot programmes for governments to introduce blood biomarkers and digital biomarkers into their health systems, so that they have low-cost, easy-to-use mechanisms that will detect this disease before symptoms occur.

We’re going to aim at getting universal access to these biomarker-based diagnostics in the next three to four years.

Will these new drugs be affordable worldwide?

The first drugs are going to be expensive… but there’s a chain of innovation that gets stimulated by the first drug that will lead to subsequent drugs that are better in quality and lower in cost. So, it’s a matter of stimulating the investment to drive the cost down and increase the access.

One has to be both passionately urgent and enormously pragmatic in recognising how quickly this will come. But if you really do want universal access to the medicines here, we better get to work now. That means thinking long but thinking with some sense of passion and urgency so that we get on with it and get ready for it.

You’re working with people from a range of settings – from government, pharmaceutical companies, charitable foundations, academia… How do you make that work?

We’re trusted because we’re speaking for the patients, and we bring people together not because we’re lobbyists but because we’re patients who want a faster way to prevent this disease. We can work in unusual ways across sectoral and national boundaries, because patients are saying: “We want a result!”

From your experience talking to patients and families, what sort of change do they want?

They want to avoid the memory loss, the embarrassment, the financial loss but more deeply the emotional suffering they experience in watching their loved ones over six to eight to ten – I have friends that have been caregivers for their loved ones for 20 years – slowly, slowly, disappear in front of their eyes. It is emotionally wrenching. So when statistics say 50 million people have this disease in the world today, it’s really 50 million families. We’ll have 150 million families in 2050. The extent of suffering is extraordinary.