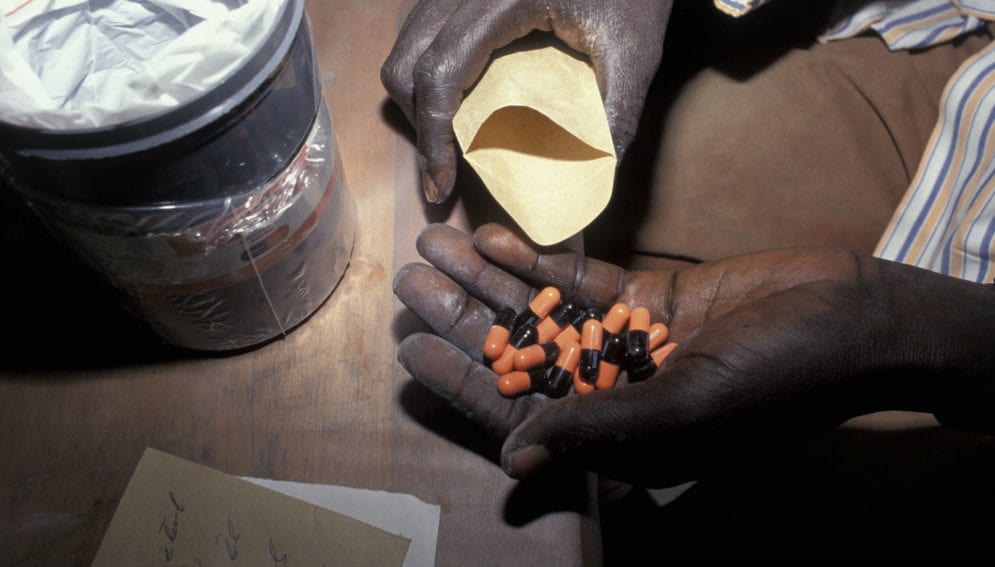 [STOCKHOLM] Global use of antibiotics and pesticides is outside the planetary safe zone, risking widespread resistance to both, according to a study published last week.

In terms of antibiotics resistance, the international Living with Resistance project judges that the Gram negative class of bacteria—which includes diseases such as E.coli, salmonella and gonorrhoea—has surpassed what it considers to be safe planetary boundaries. These diseases disproportionally affect urban areas in developing countries, which suffer from dense population levels and unsanitary conditions.

“We are at a very high risk where we now see resistance to all antibiotics that work against Gram negative bacteria,” said Peter Søgaard Jørgensen, a researcher at the Royal Swedish Academy of Sciences in Stockholm and co-author of the study.

The findings, published on 13 November in Nature Sustainability, come from a workshop conducted at the National Socio-Environmental Synthesis Center in Annapolis, United States, in 2016 and 2017.

“We are at a very high risk where we now see resistance to all antibiotics that work against Gram negative bacteria.”

Seeking to exploit the “social dynamics of strategies to deal with resistance”, Jørgensen proposed the project together with Scott Carroll from University of California, Davis. The researchers looked at resistance using the planetary boundaries concept pioneered by Johan Rockström from the Stockholm Resilience Centre, with which Jørgensen is also affiliated.

The project lumps antibiotics and pesticides together under the term “biocides”, because their effectiveness relies on organisms remaining susceptible to them. The researchers found that many of these biocides kill both dangerous bacteria and benevolent ones that consume them, which undermines the resistance of natural ecosystems or the human immune system.

Promoting biodiverse environments can therefore help suppress outbreaks of pests or pathogens, the researchers said. They explained that benign bacteria and organisms should be seen as an ecosystem service.

According to the World Health Organization, antibiotics resistance needs to be tackled by better control over how these medicines are prescribed, and by reducing antibiotics use in livestock farming. So far, only antibiotics for Gram negative organisms have completely surpassed planetary boundaries, the study found. But two other antibiotic classes and three pesticide classes are also moving beyond safe limits, Jørgensen said.

India and other regions, including parts of the United States, are seeing resistance to pesticides like Bt or glyphosate, because crops bred to be resistant to certain pests are interbreeding with wild species.

“For pesticides used in combination with transgenic crops, we are on the verge of transgressing the [planetary] boundary,” Jørgensen said.

Alison Mather from the Quadram Institute in Norwich, United Kingdom, says that this work “reminds us that resistance and susceptibility are two sides of the same coin”. She said it would be important to manage both, and to recognise that interactions between resistant and susceptible organisms is complex.

The Living with Resistance is now seeking to determine how to bring antibiotics resistance back down to the planetary safe space. In their study, the team promoted biocide-susceptible organisms as a potentially important area that, they said, has so far been understudied.

“We’re looking at developing scientific approaches to both antibiotic and pesticide resistance that aim to de-escalate the arms race that we have initiated,” Jørgensen said.