Use of GM cotton linked to rise in aphid numbers 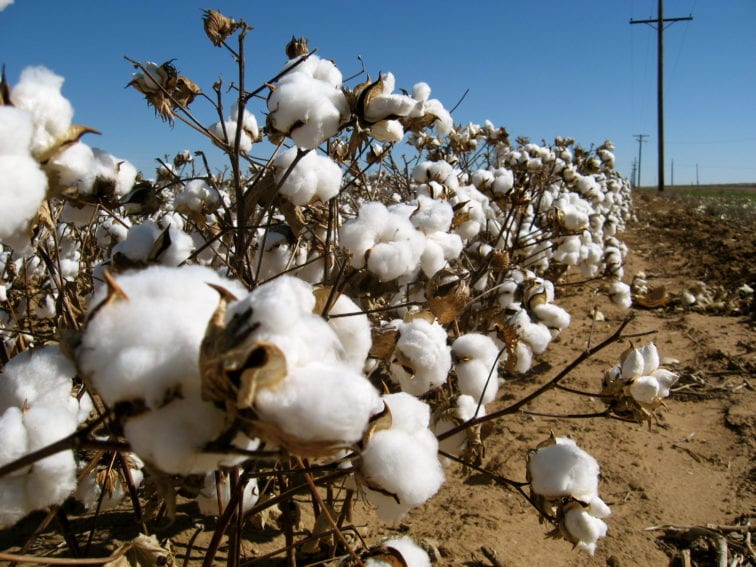 Bt cotton is genetically engineered to produce an insecticide against a caterpillar pest Copyright: Wikimedia Commons

In an unexpected trade-off, the cultivation of cotton that has been genetically engineered to reduce caterpillar damage by producing its own insecticide has been linked to higher numbers of another pest — aphids.

Previous studies had linked the increase in aphids to reduced insecticide use by farmers cultivating Bt (Bacillus thuringiensis) cotton.

Now researchers have for the first time tied the suppressed production of natural defence compounds in Bt cotton — caused by the lack of caterpillar attacks — to a surge in non-target pests such as the cotton aphid.

Non-Bt plants respond to caterpillar infestation by producing defence compounds, which also protect the plant against other pests.

The researchers studied the correlation between Bt and non-Bt cotton plants, defence compound levels and aphid populations in both glasshouse and field conditions.

In the field, one set of Bt and non-Bt cotton plants were artificially infested with caterpillars and another was left to natural infestation by caterpillars. Terpenoid levels were measured and both sets were then exposed to natural aphid infestations.

In the glasshouse, caterpillars on the Bt cotton plants died. As a result, the plants were less damaged and therefore contained less defence compounds than their non-Bt counterparts.

The researchers thus attribute the resulting increase in aphid populations on these plants, compared with non-Bt plants, to lowered terpenoid production.

Although a relative rise in aphid numbers was noted on a few occasions on Bt cotton plants in the field, the scientists found no correlation between aphid populations and terpenoid levels in this part of the experiment.

Jörg Romeis, one of the paper's authors and head of the biosafety research group at the Agroscope Reckenholz-Tänikon Research Station ART, Switzerland, tells SciDev.Net, "Our study shows that a technology like Bt cotton should not be used in isolation".

"To control other herbivores we have to use the technology as part of integrated pest management approach."

T. M. Manjunath, a consultant in agrobiotechnology and integrated pest management from India, where Bt cotton is cultivated, says: "What this study shows with Bt cotton can happen with any other insect-control measure. Infestation by aphids and other non-target pests has been seen before the introduction of Bt cotton".

The study was published in the Proceedings of the Royal Society B last month (13 March).

Link to the study abstract