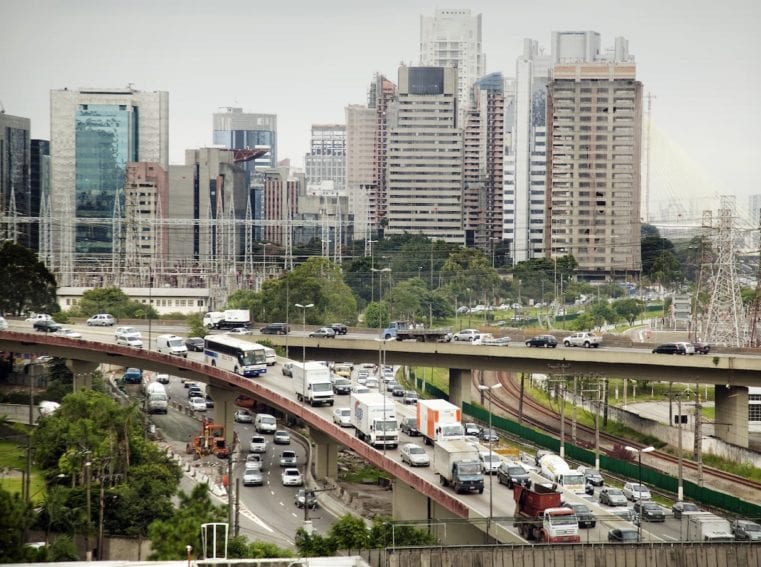 Unlike conventional diesel, fuel made from soybeans does not directly damage lung cells, a lab study has shown.
“Some of the soybean biodiesel presently being used in Brazil does not exhibit direct adverse effects on human lung cells nor [does it] induce inflammatory response,” says the paper, published in the August issue of the journal Toxicology in Vitro.
To assess the fuels’ toxic effects, researchers from Brazil and Puerto Rico exposed lung cell cultures to particles emitted by the combustion of four types of fuel: commercial diesel from fossil fuel sources, pure soy-based biodiesel, soy-based biodiesel with additives and ethanol with additives.
After exposure, the scientists counted the proportion of cells that survived to assess the fuels’ toxicity, and measured the quantity of cytokines the cells produced. Cytokines are proteins secreted by certain cells, including lung cells, involved in the regulation of inflammatory processes. An increase in their production can cause damage to the cells.
Adriana Gioda, a chemist at the Pontifical Catholic University of Rio de Janeiro in Brazil and co-author of the paper, says this study is the first demonstration that soy-based biodiesel does not cause a significant toxic reaction in lung cells.

“Investing in research on biofuels is, without a doubt, a mid- or long-term solution to reduce emissions of toxic contaminants in the atmosphere and prevent disease.”

“This is good news that opens up good perspectives for the future,” she says. “The results should serve as a basis for the country to invest more in studying the health effects of biodiesel, with the hope to use this energy source more and in a better way.”
However, the authors warn that these results should not be “considered as an absolute positive outcome” and should pave the way for further studies in live animals.
Eventually, the research could help prevent respiratory and cardiovascular disease, says Solange Cristina García, a toxicologist at the Federal University of Rio Grande do Sul, also in Brazil.
“Investing in research on biofuels is, without a doubt, a mid- or long-term solution to reduce emissions of toxic contaminants in the atmosphere and prevent disease,” she says.
Brazil is a leading producer of biofuels, in particular bioethanol which is routinely used to power cars in the country. Although biofuels are renewable and biodegradable energy sources, their use also raises environmental concerns because growing soybean to make diesel or growing sugar cane to make ethanol requires large areas of arable land.
A version of this article originally appeared on SciDev.Net’s Latin America and Caribbean edition.

Adriana Gioda and others Biodiesel from soybean promotes cell proliferation in vitro (Toxicology in Vitro, August 2016)