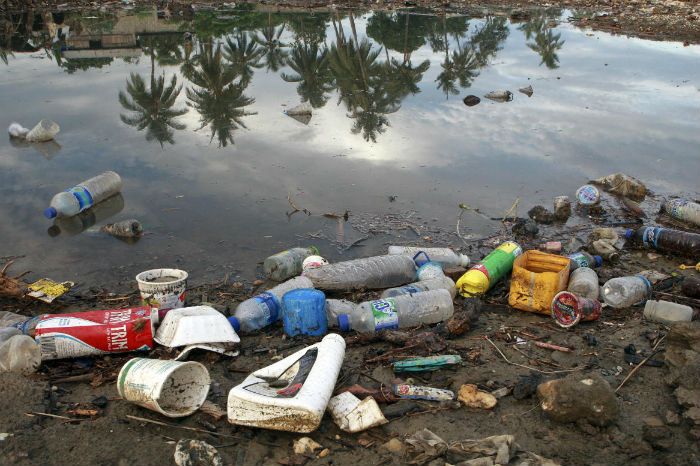 Plastic debris that was thought to be trapped in vast floating patches in the Pacific Ocean may be able to escape and pollute islands and coastal areas, a study warns.

These great patches of rubbish — sometimes inaccurately called plastic islands or continents — could partly break up due to short-lived, hard-to-observe eddies, the paper finds. Such rubbish had been thought to be permanently trapped in the middle of the Pacific.

“We used to think that [debris] converged in the centre and went round in circles, and now we’ve shown that there are small escape routes,” says lead author Christophe Maes, an oceanographer at the Research Institute for Development in France. He says the finding could help design strategies to collect marine rubbish that threatens marine wildlife.

To obtain these results, Maes’s team relied on computer models with a resolution as fine as three kilometres, compared with the 50- or 100-kilometre resolution of models commonly used to study climate change.

The study, published in Geophysical Research Letters in April, provides a first, exciting confirmation that ‘garbage patches’ are not a “black hole” for plastic debris, says Erik van Sebille, an oceanographer at Imperial College London, United Kingdom, who was not involved in the analysis.

The ocean is “much more turbulent than we thought. We need to simulate that turbulence and for that we need a very fine resolution,” he explains.

“Even in the middle of the ocean, plastic can come back to haunt us.”

Because the study focused on the Pacific, the results cannot necessarily be extrapolated to other oceans, says Maes. “But there are good chances that there are escape ways in the other ocean gyres,” he warns.

The study also matches observations on the ground. Last year for example, Chilean scientists reported abundant plastic litter on coasts that aligned with a higher proportion of plastics further out sea, rather than waste dumped in coastal waters.

“Even in the middle of the ocean, plastic can come back to haunt us,” says van Sebille.

An ambitious project called the Ocean Cleanup aims to build floating barriers to collect and extract marine plastic, claiming that “a single 100 kilometre-long clean-up array could remove 42 per cent of the Great Pacific Garbage Patch” over ten years.

But “you need to know the ocean’s small-scale structures to envisage large-scale [debris] collection”, Maes says.

If plastic debris leaves accumulation zones, it may be more efficient to collect it on coastlines rather than out at sea, van Sebille adds.

Christophe Maes and others Origin and fate of surface drift in the oceanic convergence zones of the eastern Pacific (Geophysical Research Letters, 6 April 2016)
Diego Miranda-Urbina and others Litter and seabirds found across a longitudinal gradient in the South Pacific Ocean (Marine Pollution Bulletin, 15 July 2015)