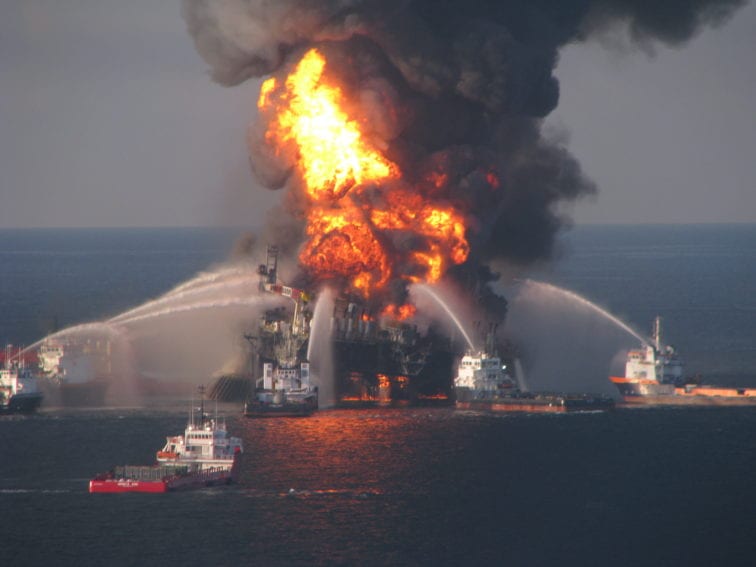 Dirty oil residues from the Deepwater Horizon oil spill in the Gulf of Mexico remained for years on the seabed, killing wildlife despite large-scale cleanup efforts, a study has revealed.

The study found that in January 2011, nine months after the spill, large patches of oil residue still covered the ocean floor around the spill site. The area had previously been declared clean after the surface of the surrounding waters had been found clean of oil.

The Deepwater Horizon oil rig exploded on 20 April 2010 due to human error, causing around 5 million barrels of oil to spill out — with months going by until the leak was capped near the ocean floor.

The study, which was published on 30 May in the Proceedings of the National Academy of Sciences, found an overabundance of phytoplankton between August and September 2010, whose origin in this area is unknown. The researchers propose that oil particles clung to algae and mud around the drill site before sinking to the floor.

“Our research proves that black coal and barium can be held together in the water for months; therefore, oil companies should pay more attention to the techniques they use, such as site burning and drilling mud,” says Beizhan Yan, a researcher at the Lamont-Doherty Observatory of Earth Sciences at Columbia University and lead author of the study.

The researchers conclude that the oil remnants they found cannot be of natural origin.

“We saw high amount of components such as alkene and barium,” “Natural oils do not produce pollutants like these, so they could only come from the accident.”

However, the oil spill’s impact on the environment is lessening, the researchers found, as crude oil degrades biologically over time. Subsequent tests carried out between 2012 and 2014 found no residues in amounts as high as in 2011.

Elva Escobar, director of marine sciences at the Autonomous University of Mexico, says this kind of research give a better understanding of what happens during oil spills, their impacts on the seafloor, and how the ecosystem recovers.

“These pollutants, once deposited, are available for fauna, and this is a source of concern”, she says.

Yan’s research did not include observations about how much the seabed was damaged by contaminants, but other studies have reported damage to the coral systems in the area.

“If these particles were eaten by fish or other aquatic organisms, there may have some ecological effects or food safety issues,” Yan says. “We should pay attention to this possible effect in current and future studies.”

Beizhan Yan et al. Sustained deposition of contaminants from the Deepwater Horizon spill. Proceedings of the National Academy of Sciences, 2016