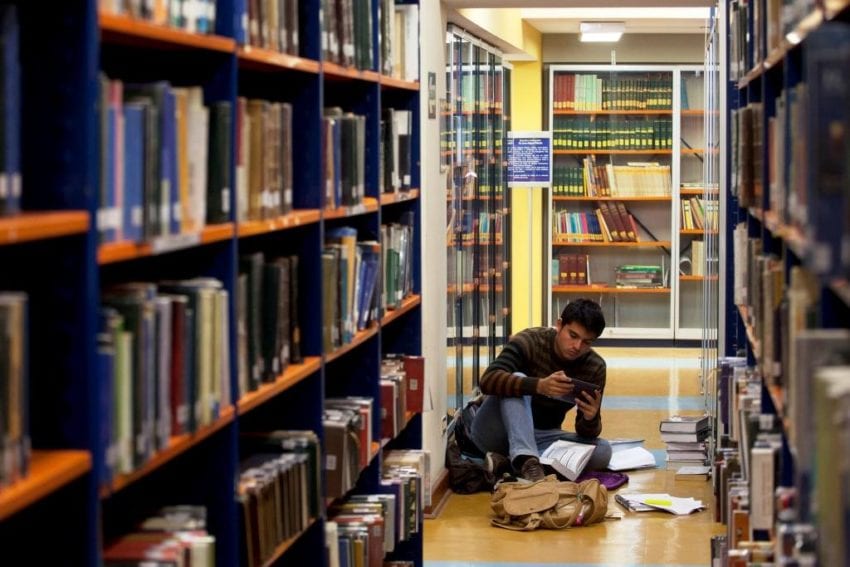 [GAZA] A meeting to evaluate a European-Union funded collaborative project, held in mid-March, has brought Palestinian universities a step closer to raising the visibility of locally produced research.

It kicked off earlier this year (19-21 January) during meetings held over three days in the Austrian capital and hosted by the Vienna University of Technology, one of the participating European universities. The others are the British Universities of Glasgow and Brighton, and the University of Parma in Italy.

The four Palestinian universities are Birzeit University, Al Quds Open University, Palestine Technical University-Kadoorie, and the Islamic University of Gaza. The latter is the institution coordinating the project, and home of its director, assistant professor Rawia Awadallah.

Speaking about the idea behind the project, Rawia told SciDev.Net that it "stemmed from the Palestinian universities’ need to show their research outputs to the world."

As a first step to address the problem of low visibility, a preparatory meeting was held at the end of January at the Faculty of Information Technology at the Islamic University in Gaza. That meeting launched the project’s website, which includes information on training activities and material related to the establishment of open access repositories — a widely accepted way of preserving, disseminating and raising awareness about local research.

"The website represents an open window to transfer the experience to those interested in the establishment of similar research repositories," says Rawia.

The project also seeks to find a solution to the failure of Palestinian universities to advance in global rankings. This is because researchers, who make do with poor resources, tend to publish their work in journals with low impact factors, which may not be included in well-established search engines for research. Language is another barrier, including when it comes to the abstracts of research that may not exist in a language other than Arabic.

“I believe this research will become available through the existence of such repositories, and through requirements to support and develop our [Palestine’s] scientific output.”

The project will extend to three years, ending in October 2019. The focus, in the first year, will be on building the capacity of participating Palestinian universities to build and manage repositories through training. The results of this effort will act as a cornerstone for other universities in Palestine to build their own repositories.

The second year will see the application of this training, with each of the four Palestinian universities designing and building its own repository.

In the last year, nine training workshops will be held at the participating universities, after which the process of depositing published research will kick off. Keeping an eye on maintaining the continuity and sustainability of the project will "require the adoption of special policies at the level of universities, such as acknowledging repositories as a basis of career advancement for researchers and university professors," says Rawia.

The role of the European partners during the three years, Rawia explains, is to provide supervision and expertise, ensure that the four repositories are designed according to international standards, and point out any errors at the implementation phase.

She says the European Commission is providing the necessary funding, estimated at EUR1.25 million. The project lies within the Erasmus+ programme’s Capacity Building in the Field of Higher Education section.

Khaled Shaaban, academic and researcher at the Palestinian Planning Center, believes "the project will help researchers and students in Palestine to overcome a major obstacle".

He tells SciDev.Net: "Researchers face a big dilemma, represented in the failure to access contemporary research on humanitarian and applied science [and other areas]. I believe this research will become available through the existence of such repositories, and through requirements to support and develop our [Palestine’s]  scientific output."

The challenge of low research accessibility and visibility extends across the Arab world, not only in Palestine.

Rawia refers to a 2015 study, titled “An Assessment of Institutional Repositories in the Arab World”, which confirmed that research repositories in the Middle East are at the "infancy stage" compared with those in the Western World.

Although there are a number of initiatives in the Arab world to create digital repositories, they lack adherence to the international standards and protection of intellectual property rights — so they require continuous development.

Rawia believes this project on Palestinian repositories will contribute to the effective promotion of scientific research, and increase the quality of that research so it meets international scientific standards.

Speaking about plans for the future, she says: "After the end of the [three-year] project, we hope to develop it further through the transfer of experience to Arab world universities as part of a new project. We dream of creating a [research] bank for research in the Arab world, not only in Palestine."

This piece was produced by SciDev.Net’s Middle East and North Africa desk.