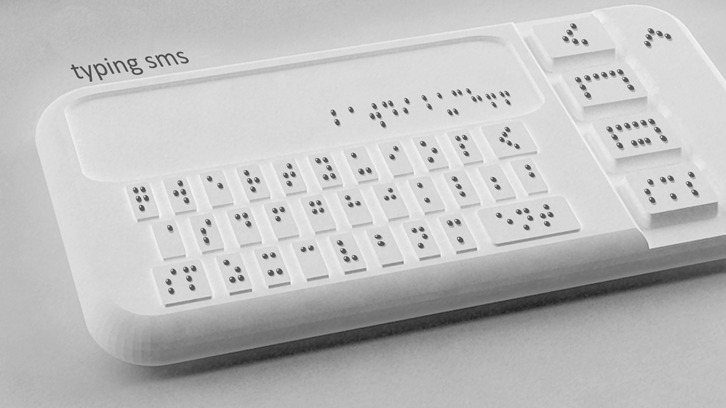 [NEW DELHI] An Indian designer is developing a smartphone with tactile text that can be used by blind or visually impaired people.

Sumit Dagar's prototype Braille smartphone is expected to be ready by the end of February and the first model could be on the market within a year.

Dagar, who won a US$50,000 2012 Rolex Award for Enterprise in November to develop the smartphone, says that design can help technology bridge the gap between people with disabilities and the rest of the population.

Dagar's partners in the five-year smartphone project, which started in 2009, are the Indian Institute of Technology Delhi and eye health centre the LV Prasad Eye Institute (LVPEI), India.

He is working with a four-member team comprising experts from the Delft University of Technology in the Netherlands, New York University in the United States, India's National Institute of Design and the LVPEI.

"The basic handset I am working on now has words and numbers going up and down in Braille. So a user can touch them and recognise or locate numbers and names," Dagar tells SciDev.Net. The screen is covered in pins that can rise up from its surface to form Braille words and numbers.

He says that several other research institutions have expressed interest in collaborating on the project.

To make phones more affordable for visually impaired people, he says that efficient design may make them cheaper, although the primary goal is to design them to work well.

There have been previous attempts to create a Braille smartphone, but no prototype has ever been made, says Dagar.

He adds that most experiments using touch-based — or haptic — technology have been confined to creating vibrations, so this project is a step forward.

A more sophisticated version of the phone could even make images tactile, he says. But he expects such a phone to emerge only towards the end of the five-year project.

Ravi Bagree, a member of the Braille phone team from the Delft University of Technology, says that Dagar's mix of engineering and design background played a part in this innovative work.

"[A Braille phone] has not been possible so far because not many people think of the disabled and those who do so don't have the [necessary] technological background," says Bagree.

Alongside the phone project, Dagar has also created a platform called Assistive Technology Group to link technology with design to help disabled people access and use technology.

See below for a video presentation: