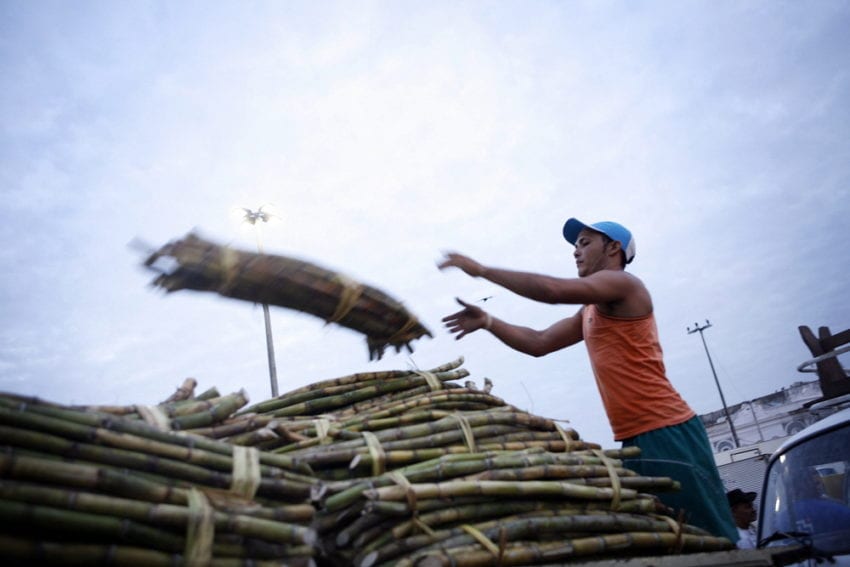 Scientists in Brazil are taking steps towards genetically modifying sugar cane so it produces more sucrose naturally, looking to eventually boost the productivity and economic benefits of the tropical grass.

Currently, it is common for producers to raise sucrose levels in sugar cane by applying artificial growth regulators or chemical ripeners. This inhibits flowering, which in turn prolongs harvest and milling periods.

One of these growth regulators, ethephon, is used to manage agricultural, horticultural and forestry crops around the world. It is widely used to manipulate and stimulate the maturation of sugarcane as it contains ethylene, which is released to the plant on spraying.

Ethylene, considered a ripening hormone in plants, contributes to increasing the storage of sucrose in sugar cane.

"Although we knew ethylene helps increase the amount of sugar in the cane, it was not clear how the synthesis and action of this hormone affected the maturation of the plant," said Marcelo Menossi, professor at the University of Campinas (Unicamp) and coordinator of the project, which is supported by the Brazilian research foundation FAPESP.

To study how ethylene acts on sugarcane, the researchers sprayed ethephon and an ethylene inhibitor, aminoethoxyvinylglycine (AVG), on sugar cane before it began to mature. 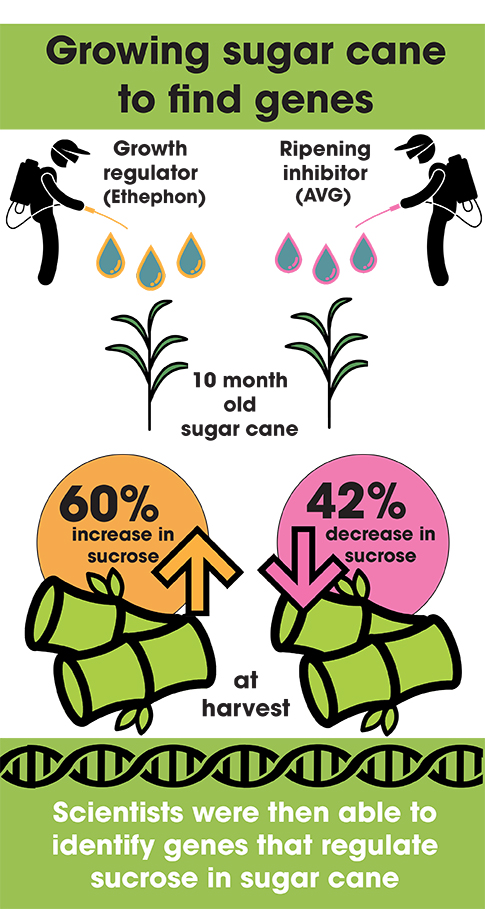 After spraying both compounds, they quantified sucrose levels in tissue samples from the leaves and stem of the cane. They did this five days after application and again 32 days later, on harvest.

The researchers were then able to identify genes that respond to the action of ethylene during ripening of the sugar cane. They also successfully identified the genes involved in regulating sucrose metabolism, as well as how the hormone acts on sucrose accumulation sites in the plant.

Based on the findings, the team has proposed a molecular model of how ethylene interacts with other hormones.

"Knowing which genes or ripeners make it possible for the plant to increase the accumulation of sucrose will allow us to make genetic improvements in sugarcane and develop varieties that over-express these genes, without the need to apply ethylene, for example," explained Menossi.

This research could also help with spotting the most productive sugar cane, as some varieties that do not respond well to hormones, he added. "It will be possible to identify those [varieties] that best express these genes and facilitate the ripening action."

Taken from a newsletter by FAPESP, a SciDev.Net donor, edited by our Latin America and the Caribbean desk