Cuba starts making money from its support for medical R&D 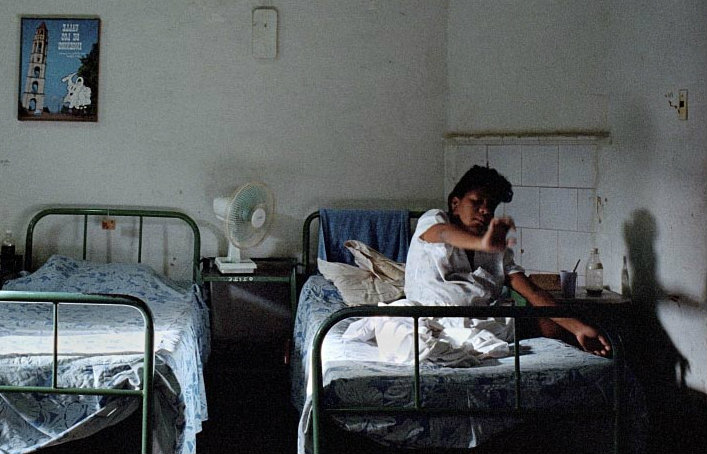 Cuba’s long-term investment in medical research is starting to pay off economically, with the communist nation poised to sell products and drugs around the world, said Salvador Moncada, a former consultant with the Pan American Health Organization, a regional office of the WHO.

His assessment comes as the Cuban parliament approved a law that promises foreign investors generous tax exemptions for joint ventures with companies on the island — as long as they can get round the US trade embargo against the state.

Cuba already has a global reputation for the excellence of its doctors. For many decades, especially during the Cold War, Cuba dispatched teams of medics as a form of foreign diplomacy.

“Cuba is now selling products worldwide that are coming directly from the research investment,” said Moncada. “It takes many years for these investments in science and technology to come to fruition.”

Moncada spoke to SciDev.Net during a conference on transnational science knowledge networks at the University of West London, United Kingdom, last month (28 March).

“Cuba has always had a specific interest in the development of science and technology, and in the area of biomedicine they have been very successful,” said Moncada.

“Cuba is now selling products worldwide that are coming directly from the research investment.”

For many years, Cuban research relied on subsidies from its fellow communist state, the Soviet Union.

So when the Soviet Union collapsed in 1991, Cuban research initially stalled. But this loss of support also helped to bring renewal — especially in the biotech sector — because Cuba was forced to look for alternative commercial and scientific partners, according to Rainer Schultz, a Cuban expert at Harvard University, United States.

Miriam Palacios-Callender, a Cuban biomedical researcher who now works at the University of West London, agreed that there was significant change after the Soviet Union’s fall.

“Soon after the collapse of the socialist block, the Cuban science, technology and innovation system began a rapid transformation,” she told SciDev.Net. However, she added, this “might not have been a direct consequence of the new geopolitical situation, but a result of long-standing political will to develop science and technology for the benefit of society and the investment in biotechnology in the early 80s”.

During the Soviet era, Cuba mostly focused on pure research. But after the era had come to an end, state enterprises began to grow out of research institutions such as the National Centre for Scientific Research, adding the more practical elements of production and commercialisation to existing research and development, according to Palacios-Callender.

At first the enterprises worked to integrate the new research into the national pharmaceutical industry, so they could supply Cubans with generic drugs, said Palacios-Callender.

In 1990, the government established the Ministry of Science, Technology and Environment to harness Cuban scientific knowledge for more sustainable development.

“By 2008, more than 100 research projects were generating more than 60 new products, which were mainly protected by intellectual property rights, and more than 500 patents were submitted abroad,” said Palacios-Callender.

For instance, in 2004, Cuba signed a deal to transfer technology related to a vaccine to treat cancer to US company CancerVax.

Until recently, the state was the sole supporter of such research and development efforts. But the situation is changing. In November 2012, a state owned company called BioCubaFarma was created, and a growing number of private enterprises are operating with the government’s consent.

This fundamental shift in the pharmaceutical sector, from one administrated by the state to one based on entrepreneurial principles, could lead to a successful new era of growth for Cuban science, said Palacios-Callender.

The original version of this article incorrectly stated that BioCubaFarma was a private company. It is in fact state owned. It also implied that the National Centre of Scientific Research was a private enterprise in 1965, at which time it was in fact state-owned. The article has been edited to reflect these changes.