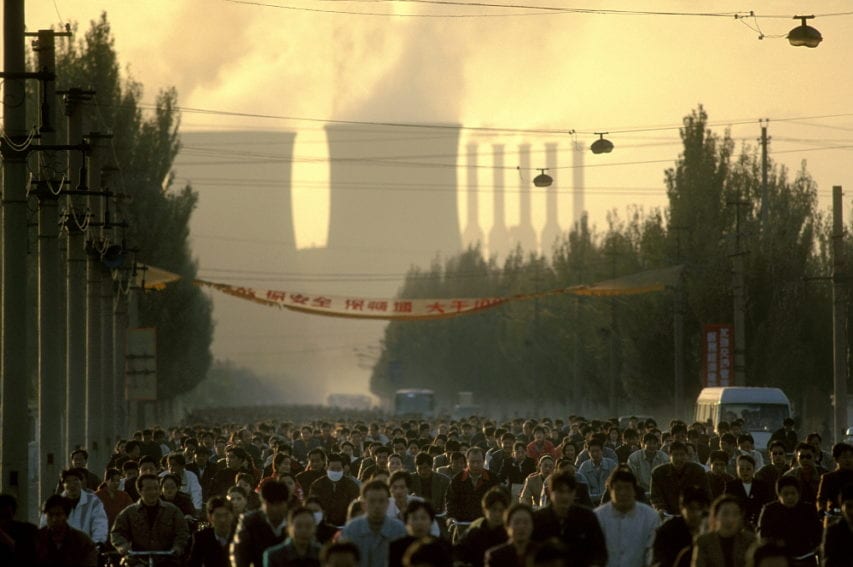 China’s pledge to cap carbon emissions may set an example for the developing world to follow, say climate change experts.

The joint pledge by the world’s two biggest polluters, China and the United States, to limit greenhouse gas emissions could encourage developing nations to address climate change, says Saleemul Huq, director of the International Centre for Climate Change and Development in Dhaka, Bangladesh.

“China is the biggest polluter, so what China does matters,” says Huq. “This agreement is really the tipping point — and it is very psychological. Following China’s lead will mean that developing countries are now becoming part of the solution rather than staying part of the problem.”

The vast majority of scientists agree that the rise in average global temperatures must not exceed two degrees Celsius by the end of the century — a globally agreed threshold of danger under the UN framework convention on climate change. But according to the latest assessment report of the Intergovernmental Panel on Climate Change (IPCC), the world is heading towards a three or four degree increase.

“If we hit that upper limit of four degrees, the impact will be catastrophic and no amount of adaptation is going to be sufficient, even in rich countries,” says Huq.

But the US-China deal agreed on 11 November on the sidelines of the Asia-Pacific Economic Cooperation summit in Beijing, China, could be an important step ahead of the UN climate summit in Paris, France, at the end of 2015.

At the last major deal-making UN meeting on climate change, in Copenhagen, Denmark, in 2009, many nations, including China and the United States, failed to reach any agreement.

China’s pledge is its first ever commitment to cut emissions. Speaking at the summit, Chinese President Xi Jinping promised to cap his country’s emissions around 2030 and to increase the share of non-fossil fuels in its energy mix to about 20 per cent by the same date. Meanwhile, his US counterpart, Barack Obama, pledged to cut emissions by 26 to 28 per cent below 2005 levels by 2025.

“The Paris event will be in many ways our last chance. We botched it in Copenhagen. We can’t afford to botch it in Paris.”

Will the rest of the world follow? “China’s action on its own isn’t likely to bring huge change from other developing countries, but it’s a factor that could contribute,” says Richard Black, the director of UK think-tank the Energy and Climate Intelligence Unit.

“What these announcements do is to increase confidence between nations leading up to the UN Paris climate summit, and so increase the chances of a successful agreement there. Without a good summit in Paris, there’s really little hope for the two Celsius target. And without trust between the two countries that together account for almost half of the world’s emissions, there could be no good summit in Paris.”

However, the idea that developed countries should lead the low-carbon transition and should assist the developing world is enshrined in the 1992 UN climate convention, so it is not going to go away, warns Black.

Nevertheless, over the past five years “it’s become clear that without pledges of action from major developing countries, there is no [climate change] deal possible,” Black says.

“Secondly, many of those countries are indeed developing — notably China — and, as they do so, they experience more of the downsides of fossil fuel use, so they have more incentive to begin decarbonising. And, thirdly, clean technology has become much more easily affordable.”

Some developing countries are already looking towards a low-carbon future.

In India, politicians and the public have been discussing the best path for energy development — whether to keep investing in coal or switch to clean energy such as wind and solar. Narendra Modi, the head of India’s new government, announced in July plans to develop enough solar electricity capacity to power at least one light bulb in every home in the country by 2019.

Brazil is another nation working to reduce its emissions, trying to tackle deforestation in the Amazon and turning sugarcane into ethanol as a petrol alternative.

Bangladesh, meanwhile, is now the fastest growing solar power user in the world, says Huq. In June this year, the country’s government announced its decision to provide US$78.4 million additional funding to install solar home systems on roofs, replacing kerosene lamps in the poorest areas. Around three million systems have already been installed.

“More has to be done and the trick will now be about how much everyone is prepared to do", he says. “The Paris event will be in many ways our last chance. We botched it in Copenhagen. We can’t afford to botch it in Paris.”