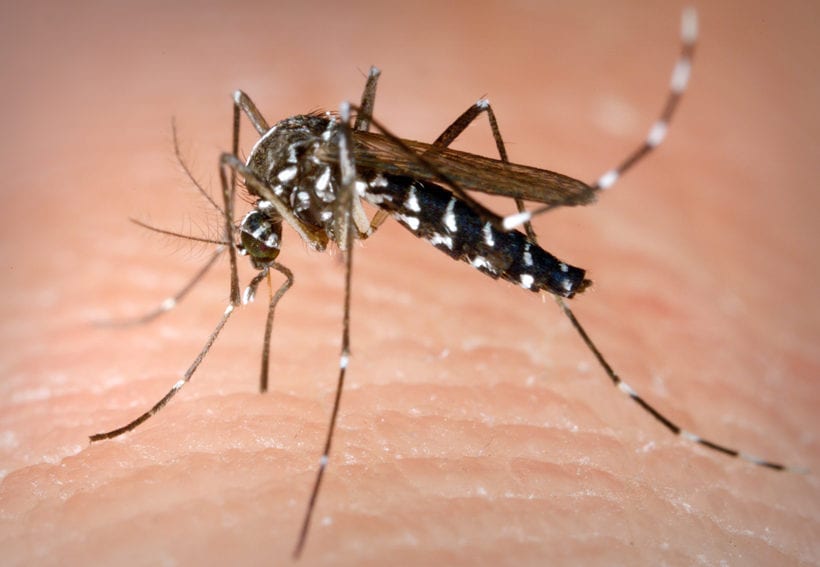 [LONDON] A mosquito trap that uses a person’s smell combined with warm water and a dark cylindrical shape could transform how the insects are caught in developing countries, say its creators.

The trap, developed at the University of Greenwich in the United Kingdom, collected many more mosquitoes than so-called human landing catches, where collectors gather mosquitoes from their own exposed skin, during field tests in Burkina Faso.

“This is an excellent example of exploiting new tools to track and potentially control mosquitoes that transmit human disease.”

“This is a major breakthrough,” says Gabriella Gibson, who led the research.

Nearly half the world’s population is at risk from mosquito-borne malaria, and in 2015 there were more than 200 million infected people and half a million deaths from the disease, according to the WHO. More than 90 per cent of cases were in Africa.

Though treatments exist, controlling the mosquitoes that carry malaria is one of the most effective ways of reducing cases.

The new trap, called a human decoy trap, is a cylindrical drum filled with warm water and covered in sticky tape. It emits human body odour through air that has been pumped from a tent where someone is sleeping.

Frances Hawkes, who worked on the prototype, explains how the human decoy trap works.

While using human body odour in traps is not new, the difference here is that the trap has the right shape and temperature to encourage mosquitoes to land on its surface.

“They come to the odour, but then it is hard to ensnare them,” said Gibson on the sidelines of an International Society for Neglected Tropical Diseases conference in London this month (19 July).

The researchers chose a cylinder after conducting tests in a wind tunnel impregnated with human odour to see which shape would encourage mosquitoes to land.

They then realised that the difference between inanimate objects and humans was the temperature.

“So [we thought] let’s put warm water in this black object and see if it works and that is what nailed it,” explained Gibson.

The technology is being developed with a grant from the UK’s Medical Research Council (MRC) as a way to replace human landing catches in surveillance work. The prototype, built by trap development company Biogents, is being tested in Benin, Burkina Faso and Cameroon.

The longer term plan is to develop the trap as a way of steering mosquitos away from houses during the night, the time when they feed.

“Every village could have one every three houses and [if] it was made of materials that are locally appropriate, any community can do it,” said Gibson. “But that is beyond the remit of our current MRC-funded project as it is likely to take a lot of development to get it right.”

They are now refining the effectiveness of the trap, and hope the next step will be a commercial product.

Hilary Ranson, a medical entomologist who studies mosquito control at the UK-based Liverpool School of Tropical Medicine, says: “Whether it can actually be used to trap sufficient mosquitoes to reduce malaria transmission remains to be seen.”

“But this is an excellent example of exploiting knowledge of mosquitoes’ behaviour to develop new tools to track and potentially control mosquitoes that transmit human disease.”