Q&A: How the ideology of innovation harms development 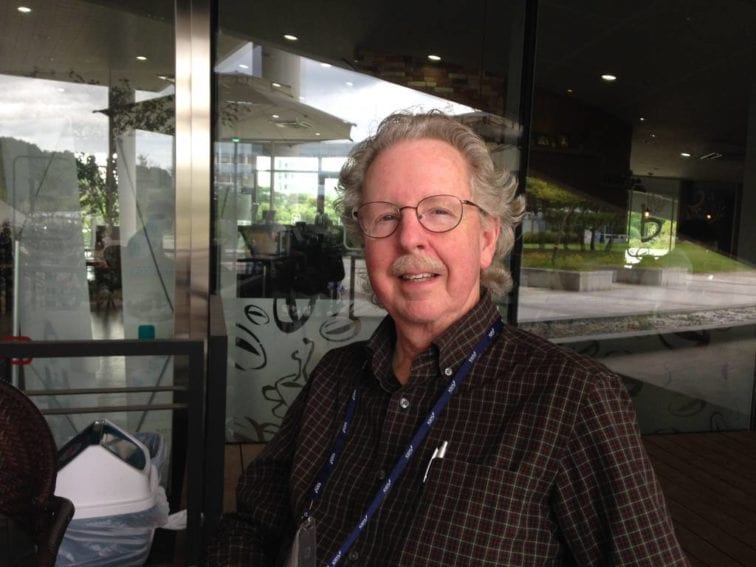 Langdon Winner calls himself an “innovation critic”. The political theorist based at Rensselaer Polytechnic Institute, New York, United States, thinks that most people talk of innovation using the word uncritically and buying into the ideology that change is always a good thing. Winner wants to challenge that assumption.

He spoke about this in August in a keynote speech at the International Conference for Integration of Science, Technology and Society, hosted by the Korea Advanced Institute of Science and Technology in Daejeon (4-8 August 2014). After the event SciDev.Net caught up with him to ask about how misuse of the word innovation impacts international development. Among other things, he says Bill Gates’ framing of innovation as the only solution to global challenges, such as global warming, risks missing easier and quicker answers.

You have described innovation as a ‘god term’ — what do you mean by that?

In every generation there are certain concepts — like ‘revolution’, ‘frontier’ and ‘progress’ —that change over time. I think the god term ‘progress’ has worn out. This is welcome, largely because its metaphysical character seems to promise universal benefits from science and technology. For many reasons this is difficult for many people to endorse now.

There are currently two terms that people establish attachments to: innovation and sustainability. People interpret innovation as coming up with a new use of science, a new unfolding of technological creativity. You could start a new company, generate some income, benefit your nation. It’s become a focus of aspiration and longing. And it’s one of the terms in our time that is widely and uncritically used.

Do you think it’s destined to go the way of the other ‘god terms’?

Not in the short term because it’s now achieving its high tide. It’s the jewel in the crown of the economic and social philosophy of neoliberalism that emphasises action in the market and leads to a fascination with entrepreneurship. Innovation doesn’t have the broad sweeping claims of progress. It's the idea that if you are innovative you are likely to get rich, maybe people around you will benefit, and that will somehow trickle down. The market is the motivating force. I think that fascination is going to continue for decades.

If you were going to make a critique of innovation, where would you start?

I have several lines of criticism. The first is summed up in what I describe as ‘the gadget folks’. You come up with some nifty device, like the iPad. These tend to be high-end consumer products that are seen as sources of renewal. Innovation comes from the Latin word ‘innovare’, which means to renew, and in this case the positive revitalising force literally comes out of a little device.

People associate innovation with high-end products intended for wealthy consumers or global corporations that realise hopes and dreams at that level. In many ways this is nothing new. It’s the same basic strategy used in marketing in the 1930s. It says: by purchasing this toaster or refrigerator you are going to improve your life and help the economy grow, but it will also give you the sense that as a consumer you are casting in your fate with the modern. You are driving off into the future with your beautiful new car, television set and so on.

I think products and accomplishments that are identified as innovative today have much the same character. There are stories in the newspapers with a strong emotional attachment to the new. So that is one of the points of criticism.

What are the other lines of critique?

One is about a foolish enthusiasm for anything new. But more serious criticisms relate to a common ideological position found in business schools, some categories of engineering, and certainly in Silicon Valley. This is around the notion of disruptive innovation that goes back to the Austrian-American economist Joseph Schumpeter, who wrote about ‘creative destruction’.

His idea became the founding principle of innovation. This is what is good about capitalism – it is endlessly innovative. It means that old sources, institutions, practices, and configurations of apparatus are destroyed, and new and better ones arise.

So today we have creative destruction and this is what is glorious and hopeful about the modern economy. In the last 20 years or so, this idea has been pushed rather aggressively in new directions, especially in business schools. And there is one figure in particular, Harvard professor Clayton Christensen, who has been a leading proponent of creative destruction. Here the idea is that through evolution, particularly of digital technology, it is possible to find the old institutions, practices, and complex arrangements that produced and distributed things of value, and deliberately target them for disruption so that something new can appear in its place.

My criticism about this is the rather disrespectful and destructive focus on rushing into established domains of human activity and saying “this has been around a long time, it needs to be disrupted and something new put in its place”.

There are many professions, including medicine, journalism and teaching where crazy schemes are packaged as innovations. And because you are just an old-fashioned teacher with a teaching plan who has spent the past 20 years trying to find creative ways to engage kids — well, that has no credit because we now have tablets and standardised tests and metrics that show how well things are going. So there is a kind of tyranny of the new.

The tyranny of the new is a nice phrase, but would it not be fair to say that much innovation is driven by the desire to improve?

I call this benign innovation. Very often these are changes proposed within traditions of knowledge, skill and practice that don’t seek to destroy the tradition but to add something new. That something may be quite revelatory and doesn’t seek to replace but builds on what went before.

One example is the never-ending quest of musician Miles Davis to modify jazz substantially to make new things possible. So he moved from be-bop to cool jazz to orchestral jazz, and then back to hard bop and then fusion jazz.

In 2010 Bill Gates spoke of the need to ‘innovate to zero’, meaning that we need to create new technologies to achieve zero carbon emissions. Do you think that is problematic?

One can identify and track useful innovations to address inequality and poverty. The use of cell phones in developing countries is a good example.

But the tyranny of the new, expressed as ‘innovation’, produces a disposition to say — as Gates did in his ‘Innovating to Zero’ TEDTalk — that we need astonishing breakthroughs developed over several decades, and then and only then can we address carbon emissions.

This becomes a strategy of evasion and delay. We know fairly well, if we have the resolve, how to substantially cut carbon emissions right now. It doesn’t require much new knowledge. It could be done, for example, by imposing a stiff carbon tax or reducing speed limits from 65MPH to 45MPH — you would immediately get reductions.

So my argument is that our primary need is for planning and the resolve to act with what we already know, and to get on with it today. Whereas Bill Gates is saying: if we have these innovations over a period of four or five decades then geniuses like me from Seattle will lead us to a better world. To me this is not only a strategy of delay but self-congratulation and self-aggrandisement.

Researching innovations in this way is misdirected energy at a time when the world needs to get busy: much of the knowledge and equipment required is already at hand. We need to be poking fun at this idea. I don’t know anybody who is an innovation critic. I think there probably needs to be more than just me.

So you are criticising an ideology rather than all innovation. How might this critique inform global development?

There is a centre at Stanford where they say: “what about these poor people in the South, let’s have some innovation for development”. They have programmes in Africa and they send out their students with solar cookers.

But the problem with that, as the anthropologist Arturo Escobar points out, is that it has a kind of missionary quality. Once it was the Bible that would change your life for the better, and now you are bringing the great new technology. The problem with this is that is discounts whatever local knowledge there might be.

This missionary stance comes with  a tendency to broadcast, rather than to listen to local people.

I think it would be good to have more careful reflection on what developing countries need. When I talk to my students, I say: “you shouldn’t start designing something until you have done at least several months getting to know the people, the situation and the real needs, rather than helicoptering in and plopping down some innovative device.”

You have also been critical of the term Anthropocene, the idea that we are living in a new epoch where human activities define ecosystems. It’s an idea that could shape development planning over the next few decades. Why do you think we need to be wary?

It’s the idea that you can name geological epochs according to some identifiable characteristic. The people who proposed the Anthropocene say humanity is responsible for the significant changes of the past centuries and changes in the future. But naming this geological period after humanity is kind of deterministic — “this is what humans have done”. And it is self-exulting — “look at our grand role in the history of the cosmos”.

But if you look at what is being projected, a better name might be Thanatopocene, after Thanatos, the Greek personification of death. It appears that instead of a grand exultation and transcendence of humanity, we are at a death spiral. So why exult ourselves with concepts like Anthropocene? I find its self-congratulatory power fantasy highly suspicious, at the very point where we ought to be looking at the good evidence that challenges the way of life that’s been built up over the last three centuries.

Q&As are edited for clarity and length.