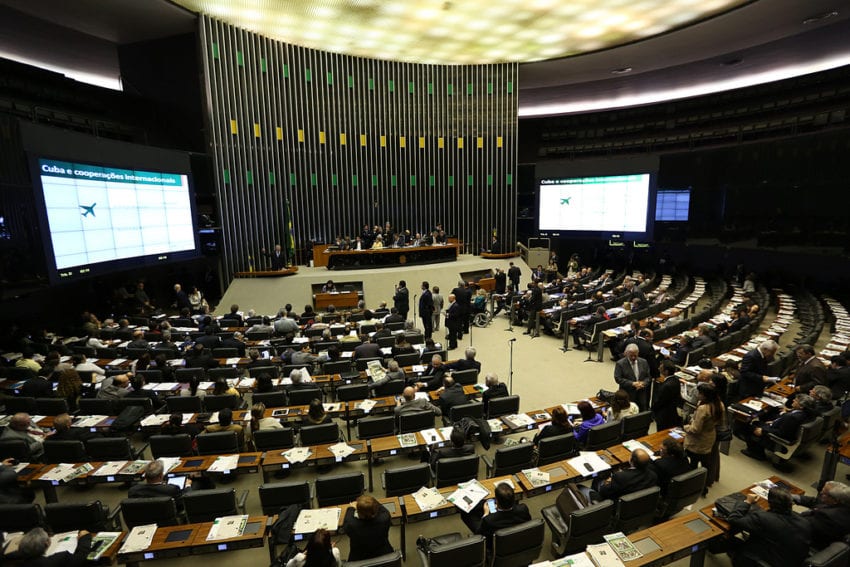 [RIO DE JANEIRO] The Brazilian Congress has rejected a bill that aimed to introduce labelling on all food, drugs and cosmetics containing nanostructures, arguing that it was alarmist and that there was no scientific basis for warning people about nanotechnology in products.

The move is the latest rebuff to such regulation, even as the country spearheads multimillion-dollar nanotechnology programmes and experts argue that better oversight of this new technology could benefit both industry and consumers.

A Senate report on the rejected bill said that the proposed labelling could have been interpreted as a "warning" even on products improved by nanotechnology, potentially causing losses to companies that have invested in improving their products through this technology.

The bill's demise marks the second failure to regulate the fast-growing sector: in 2005, a more ambitious bill, with provisions for a national policy on nanotechnology, including labelling, risk assessment and other decisions, was evaluated by the industry, science, and finance committees  from Congress's Chamber of Deputies, which found the field to be at too early a stage for legislation.

The benefits of legislation

Meanwhile, some experts argue that regulation would make nanotechnology and its industrial applications more transparent, providing a good basis for advancing research and public support for it.

It would also help guide research and define, evaluate and minimise potential risks to human health and the environment, they say.

The most recently rejected bill was less ambitious than its predecessor, aiming primarily to introduce product labelling.

“Regulation … would bring only benefits to industry, trade, scientists and society.”

First presented to Congress's Senate in May 2010, the bill proposed changing existing laws to incorporate products made using nanotechnology, based on the argument that consumers have the right to know exactly what is in things they buy.

Just as genetically modified foods have to be labelled in some countries, the bill would have forced firms to label any foods, drugs and cosmetics containing nanotech.

But two of the Senate's commissions — for social affairs and for the environment and consumer protection — that reviewed the proposal said there was no scientific basis for imposing "warnings" over nanotechnology's use.

The senators added that the labels were not sufficient to inform consumers, who could be confused and then avoid what could actually be "improved products".

This "alarmism" would harm companies that have invested in nanotechnology and halt plans for the sector's development in the country, they said.

But the author of 2005 bill, which was rejected for similar reasons, says this reasoning is misguided.

"My bill was rejected on the grounds that it could inhibit research and development of new products. It is an absolutely misguided justification," says Edson Duarte, former member of the Chamber of Deputies. "Regulation would serve to establish a minimum level of control over the sector and would bring only benefits to industry, trade, scientists and society."

The Senate may soon have another stab at legislating on the issue: a new bill, proposing the creation of a labelling law for all nanotech products, including imports and exports, is pending in the Chamber of Deputies.

Instead of changing existing laws on foods and drugs to include the labelling of anything made using nanotechnology, as the recently rejected bill attempted, the new proposal would encompass labelling all products containing nanotech, without requiring other laws to change.

"We are confident that our proposal will be approved," says José Sarney Filho, the new bill's author and a representative in the Chamber.

In his view, the business sector is becoming more aware of growing consumer pressure for information and is less resistant to labelling regulations, both of which may help convince senators to approve the bill. The bill was favourably reviewed by the Committee for Economic Development, Industry and Trade, in the Chamber of Deputies, last month.

But Duarte says that a remaining obstacle for nanotech regulation in Brazil is opposition by free-market groups. "These are the ones who can hamper regulation and press [Congress] not to create laws for industry," he says.

Duarte is worried about nanotechnology advancing rapidly with no regulation.

Yet Oswaldo Luiz Alves, a nanotech expert at the State University of Campinas and a member of the Ministry of Science, Technology and Innovation's Advisory Committee on Nanotechnology, says the time lag between big investment in a new technology and its regulation is not unique to the nanotech sector.

"This situation has been happening with many technologies. Even in developed countries, regulation came in second," he says.

Despite the setback of the bill's rejection, Alves believes the situation is now favourable to advancing nanotechnology regulation in Brazil, especially as the nation's new nanotechnology initiative gets under way.

"But we need to consistently move forward with the right steps and, above all, in harmony with the international context so that we do not create situations that prevent us from participating, as effective actors, in the trillion-dollar economic activity of nanotechnology," says Alves.

Link to the senators' report on the rejected bill (in Portuguese)

Link to the newly proposed labelling bill (in Portuguese)

Link to the 2005 rejected bill (in Portuguese)