India takes its own path on energy and climate change 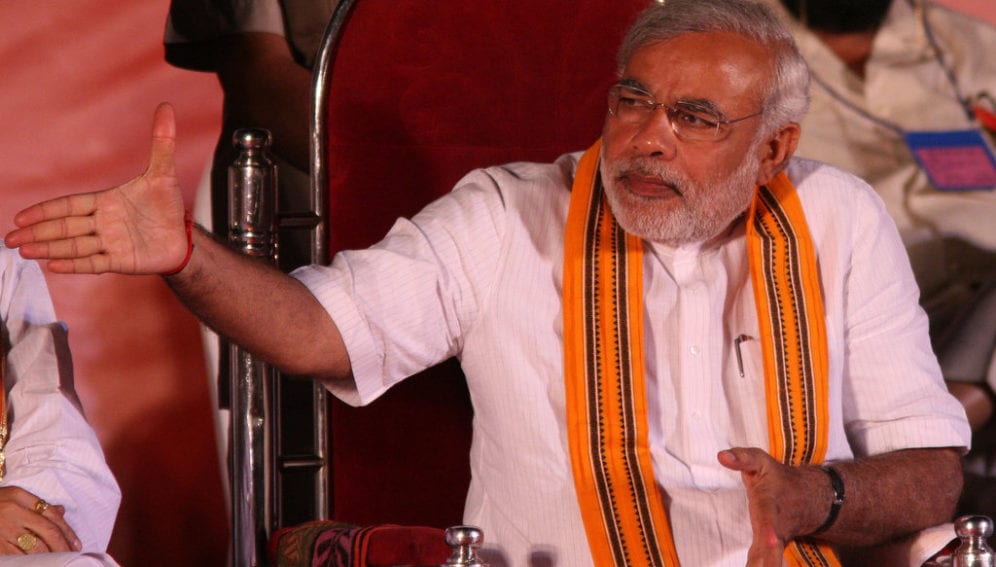 [NEW DELHI] Flying out of New Delhi after a high-voltage, three-day state visit last week, US President Barack Obama had the satisfaction of carrying home various agreements on cooperation with India, including on nuclear energy, climate change and intellectual property rights.

Much ground was covered during the visit on issues such as nuclear liability, clean energy cooperation and the next UN climate talks in Paris, says Prodipto Ghosh, distinguished fellow at The Energy and Resources Institute, India, and a member of the Prime Minister’s Council on Climate Change. Ghosh describes the understanding on limiting the liability of US suppliers in the event of a nuclear plant accident — which has kept an agreement between India and the US on civilian nuclear cooperation stalled for six years — as “very important”.

Prime Minister Narendra Modi saw the agreement on nuclear energy as the “centrepiece” of the new cooperation with the US and one that could deliver clean energy. What appears to have done the trick was the US side backing down on a major sticking point: previously it had insisted upon a level of tracking of the nuclear material supplied to India beyond that required by the International Atomic Energy Agency.

The Indian side reciprocated by coming up with an administrative solution, a “legal memorandum” to get around India’s strict liability laws that have deterred US suppliers. According to the joint statement issued by the two leaders, the US will help India gain membership of the Nuclear Suppliers Group — a group of nations that aims to ensure that their exports avoid contributing to the proliferation of nuclear weapons. Not being part of this, and various other international regimes, has until now blocked India from gaining access to missile and other sensitive technology. [1]

On climate change, Modi refused to be swayed by the US-China deal announced in November to reduce China’s greenhouse gas outputs. Under the deal, China, the world’s biggest emitter of these gases, agreed to cap its emissions by 2030, while the US, the second largest emitter, pledged to cut emissions by 26—28 per cent below 2005 levels by 2025.

India, Modi said, is a sovereign country and “no pressure from any country or any person has any effect on it”. But he was quick to add that he recognised that there is pressure from climate change and global warming. “Whoever worries about the future generations has a responsibility to be conscious about climate change [and to] adopt practices and policies which will ensure a good life and good environment for future generations,” he said.

If India, the world’s third largest emitter, dithers on cutting greenhouse gas emissions, it is because of its special circumstances. For a start, US-China trade stands at US$500 billion a year — five times the value of India’s trade with the US. India trails far behind China in terms of historical and current per capita emissions.

According to US think-tank, the World Resources Institute, one in four Indians lacks access to electricity. And the World Energy Outlook 2014 says India’s energy demands will overtake China’s over the next ten years. [2] India needs emission space for a few more decades plus support from developed countries to build green industrial capacities. This is where the US is now stepping in with a pledge to invest in India’s ambitious plan to increase its solar energy capacity to 100 gigawatts by 2022 — that would be ten per cent of the country’s projected energy mix.

“No country is going to be more important in moving forward a strong agreement than India.”

The joint statement stressed cooperation on adaptation measures, research and development, technology innovation and the adoption of clean energy solutions that will help India transition to a climate resilient and low-carbon economy.

This year, the US and India will also closely cooperate to deliver a successful agreement in Paris on climate action. As India continued to shy away from making firm commitments on reducing emissions, Obama canvassed India’s support for a credible Paris agreement. “No country,” he told Modi, “is going to be more important in moving forward a strong agreement than India.”

India’s own stance has been that UN Framework Convention on Climate Change principles should be followed. These include prioritising poverty eradication and the idea that developing nations should be allowed to emit carbon as they develop now, just as developed countries did during the industrial revolution.

Will these hamper the agreed goal of a strong Paris outcome? According to Ghosh, what is important is that a bilateral process has begun. “After all,” he says, “it took two years of negotiations between Washington and Beijing before they could make a joint announcement on reducing emissions.”

Perhaps the icing on the cake of Obama’s visit was a pledge by Modi that India would accept suggestions made by a joint working group on intellectual property rights. That was in response to a complaint by Obama that US corporations found it difficult to do business with India because of inadequate patent protection.

The joint statement said “both countries reiterated their interest in sharing information and best practices on intellectual property rights issues, and reaffirmed their commitment to stakeholders’ consultations on the policy matters concerning intellectual property protection”, and that the two leaders had “agreed to strengthen bilateral cooperation in the health sector, including distribution barriers and patent quality”.

Just how this would work remains to be seen. India has consistently pointed out that its domestic intellectual property laws fully comply with the TRIPS (Trade-Related Aspects of Intellectual Property Rights) agreement administered by the World Trade Organisation. And Anand Grover, director of the influential Lawyers Collective, says changing the present regime would hurt India’s generics drug industry, which provides cheap essential medicines to the world.

Clearly, the Modi government will need to find creative ways to circumvent existing law to accommodate the promises made on intellectual property and nuclear liability or take these issues back to parliament.

‘Water can be a topic of cooperation’