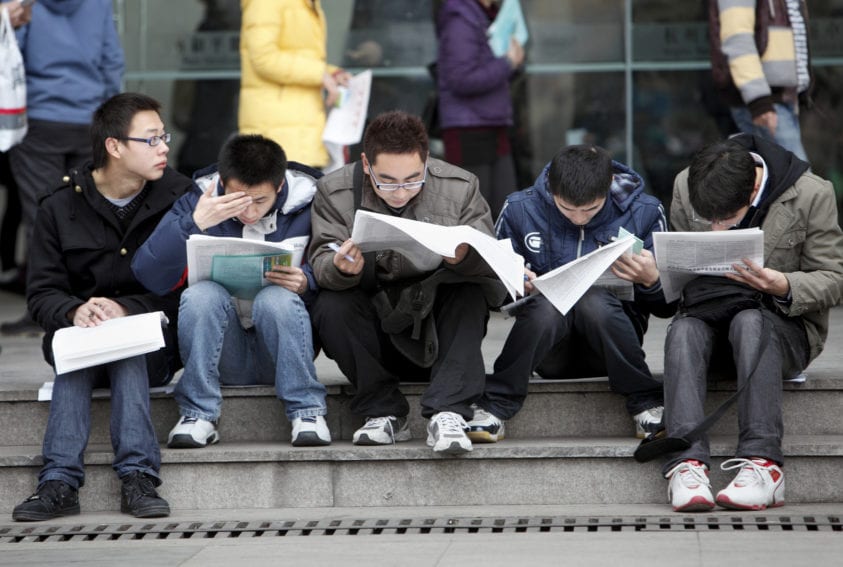 The banner headline was that the University of Oxford has become the first UK university to top the 2016-17 Times Higher Education World University rankings, when they were released last year. But the subplot, reinforced by the recent release of the first-ever rankings specific to Asia-Pacific, is that more Asian universities are now edging to the top 100 and are poised to enter the top 20.

The headline trends of last year were that the University of Oxford has knocked five-time leader California Institute of Technology, also known as Caltech, into second place in the Times’ latest rankings. And of the top 200 universities, 63 are from the US while 32 are from the UK — two shy of last year’s number. Germany is once again the third most represented country in the top 200, with 22 institutions (up from 20), while the Netherlands is still fourth, with 13 (up from 12).

While these Western countries continue to dominate the list, Asia is becoming increasingly visible.

According to the world rankings, there are now nine Asian universities in the top 100, up from eight in the last ranking, with several Asian institutions edging closer to the top 20.

Two of China’s flagships have also joined the elite 100. Peking University leaped to 29th from 42nd last year, while Tsinghua University jumped to 35th from 47th the year before.

The Asia-Pacific rankings add to these trends by showing that of the 24 universities in the top 200, only four lost ground compared to 20 who improved their position. Those which gained ground have increased their scores by 24 points on average.

Meanwhile, India’s leading university, the Indian Institute of Science, is edging closer to the top 200, claiming a spot in the 201-250 band, its highest-ever position.

The Institute of International Education’s (IIE) deputy vice-president of research and evaluation, Rajika Bhandari, attributes the sharp rise of Asian universities in the rankings to three main factors: “rapidly growing populations and demand for higher education in the region; governments making significant investments in universities; and improvements by individual institutions.”

Bhandari, co-editor of the book Asia: The Next Higher Education Superpower?, was quoted by the Times university rankings as saying that many Asian scholars who studied at Western universities are back in their home countries and have “really begun to transform their own higher education sectors.”

They have “brought back to [their] home campuses some of the teaching values of critical thinking and liberal education, as well as the idea of promotion based on merit and research outputs,” she says.

To explain Singapore’s sterling performance in the university rankings, Eddie Kuo, former sociology department chair at NUS and founding dean of the NTU School of Communication, tells SciDev.Net:  “The two schools are highly international, with high ratio of international faculty and students. There is a strong emphasis on top-tier publication. These are possible as both universities enjoy strong government funding. Faculty salaries are highly competitive. With strong funding, both universities are able to recruit top scholars internationally. Research grants are more than sufficient.  There is no shortage of research grants, only shortage in good proposals.”

The former dean of the NTU Wee Kim Wee School of Communication, Ang Peng Hwa, elaborates further on the reasons for Singapore’s success to SciDev.Net:  “The first (reason) is that the Singapore government poured huge resources. The minister in charge of higher education spoke of S$1billion (US$730.8 million) for research back around 2010. The financial resources include tax exemption for donations plus matching grants from the government for gifts to the endowment fund of the university.”

“The second is that the universities stepped up,” he adds. “The money for hires went to those who had stronger research profiles. For example, in my school alone, we had someone who is among the most cited in the field — 24,455 citations for his research and still counting.”

Ang Peng Hwa adds: “Today, in my school, many of those hired have won awards in research or teaching, or even both. This is pretty intimidating to fresh applicants. But it creates a virtuous cycle. Good people apply and they make the place better.”

On a personal note, I taught for two years in NTU’s Wee Kim Wee school of communication over a decade ago. Even then, NTU had some advantages over its counterparts in Asia. The building, facilities and laboratories are high-tech — and they are actually being used by the students. During my time, there were 50 full-time teachers from 14 countries, most of them with PhDs and decades of experience in the industry.

And the students are a professor’s dream — bright and hard-working. I noticed, however, that the students do not speak out as much as my students in the Philippines and the United States, even in the smaller classes. Perhaps this is the Asian tradition of respect for elders or awe of the guru. This also points out one weakness in much of the Asian educational system: the students are not outspoken, they do not debate with their fellow students and teachers and are prone to rote learning.

“The case of the Philippine and South-East Asian universities point again to the age-old debate on what the main purposes of a university are: research, publications or teaching?”

Conspicuous by their absence from the list of top Asian universities are the South Asian and South-East Asian schools outside of Singapore, including some of the oldest universities in the region, mostly found in the Philippines. The University of the Philippines fell from 348 to 380, the Ateneo de Manila University (founded 1859) from 451-500 to 501-550, and the University of Santo Tomas (founded in 1611) from 601+ to 701+.

The case of the Philippine and South-East Asian universities point again to the age-old debate on what the main purposes of a university are: research, publications or teaching?

A lot of these universities have excellent teaching staff and are famous for the quality of their graduates, many of whom have assumed leadership positions in their governments and private enterprises. However, most of these universities cannot afford to invest hundreds of millions of dollars in research like the top-notch state-funded universities in China, Japan, Korea and Singapore.