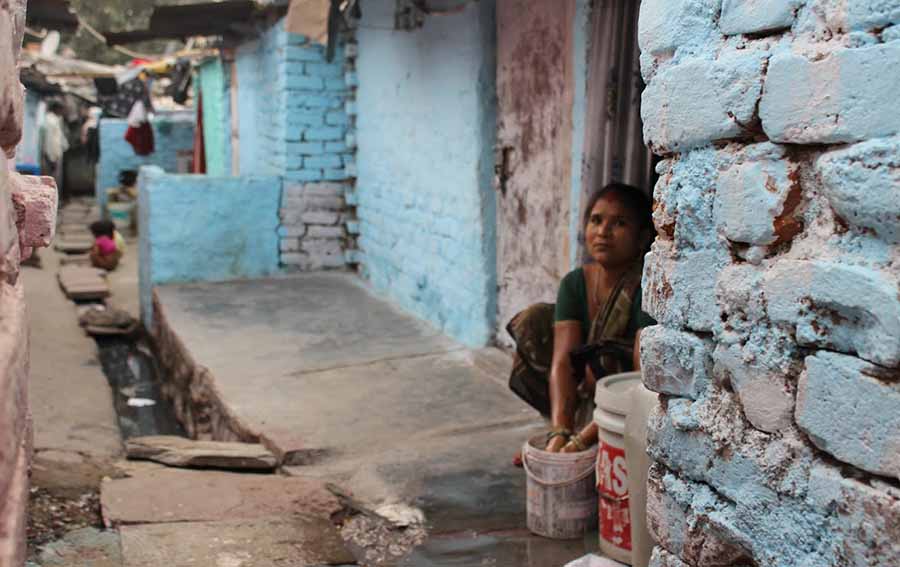 The project wants a clearer picture and open talk on poverty. Does it oversimplify? Tania Rabesandratana investigates.

Every minute in Nigeria, 6.5 people fall into extreme poverty. And as this sentence is being written, 42.5 per cent of its population — 82,640,203 people — are extremely poor.

These are up-to-the-second, specific estimates that come from the World Poverty Clock: a database, launched in May 2017, of national income figures paired with easy to follow, real-time graphics. Nigeria’s rising poverty trend translates to the colour red on the website's map.

Official data sources do not give such specific poverty estimates. The 'global poverty today' figure often bandied at big international meetings is usually based on four-year-old data, says Homi Kharas, the lead economic adviser behind the clock, who also leads the global economy and development programme at the Brookings Institution, a US think tank.

This is exactly the mind-set we are trying to break. We want everyone to talk about poverty dynamics.

The clock’s team is aiming to paint a clearer and more timely picture, so that countries can check their progress to escaping extreme poverty by 2030 — one of the targets under the UN's global Sustainable Development Goals (SDGs).

In the process, the clock can also come up with surprises.

Unlike Nigeria, India is well on track to meeting the target and appears green on the map. At the time of writing the clock estimates that 83,653,728 people, or 6.3 per cent of its population, live in extreme poverty (with less than 1.9 US dollars per day) and 47 people escape it every minute.
This means that within the next few months, Nigeria will have the largest absolute number of poor people in the world — which Kharas says is unexpected, given that India has “held that title” for hundreds of years.

The clock is the brainchild of the non-profit arm of World Data Lab (WDL), an Austria-based company. Its models rely primarily on publicly available national household surveys, which governments typically conduct every three to ten years, to project income figures into the present and the future.

For India, for example, the estimates are based on 2012 data collected by the National Sample Survey Office, adjusted and published by the World Bank on its PovcalNet website. Though the clock's algorithms rely largely on World Bank data, the bank is not responsible for the clock.

Those algorithms estimate how people's incomes change over time in each country, using economic growth forecasts and long-term scenarios that account for global events such as climate change.

The estimates, available for all nations except Syria, are then paired with graphics to display how fast each country is escaping poverty and whether they will meet the 2030 goal. “We want this used by individual countries, to see how they are doing against their neighbours,” says Kharas.

A ‘welcome provocation’
The project has received a mixed response. Some economists at the World Bank say its simple predictions give a false sense of accuracy.
“If [providing such specific estimates and forecasts] was a safe thing to do, we’d have done it,” says Francisco Ferreira, who oversees the bank’s research programmes on poverty, inequality and agriculture. For example, “if there is an epidemic or the price of oil goes through a drastic change, then the number of poor Nigerians will fall or rise,” he says, adding that the Clock's visualisations hide these “enormous” uncertainties.
But Kharas says Ferreira misses the point, and that the clock makes clarity a priority over economic jargon.
“Adding complexity … detracts from that [communication] effort and reinforces the idea that poverty dynamics are a subject that only 'experts' should discuss,” Kharas argues. “This is exactly the mind-set we are trying to break. We want everyone to talk about poverty dynamics.”
“[The clock] does make [poverty] information more accessible to a general audience,” says Haishan Fu, director of the World Bank’s development data group. “But we’d like to see a better approach to communicating the often large uncertainties in these estimates.”
WDL's vice-president for Africa, Bitange Ndemo, believes that to spark conversation and action it is worth taking a risk on the numbers.
“We need to have a culture of using data to develop evidence-based policymaking,” says Ndemo, who previously served as permanent secretary of Kenya’s Ministry of Information and Communication.

Other observers have embraced the clock's approach. For example, the SDG Index and Dashboards Report issued to monitor progress towards the targets uses the clock's data in its 2017 edition.

The clock is a “welcome provocation to the official data system, which has been slow to embrace new estimation techniques to provide real-time data,” says Guido Schmidt-Traub, the report's scientific co-director.
The International Organization of the Francophonie has also asked WDL to develop a specific clock comparing French-speaking African countries.
Push for better data
The clock's architects argue that one of its strengths is its effort to include subnational data using complex methods to correlate census data with household surveys. But Ferreira, again, urges even more caution with such finer-resolution data, especially for forecasts.
WDL has added county-level data for Kenya, and is working on Indonesia and Pakistan.
In Kenya, Ndemo says, the clock helps governors take better notice of problems by highlighting differences between counties. Meru and Nyeri, for example, are two largely agricultural counties; both are on track to escaping poverty by 2030, but Nyeri has a higher poverty rate and a slower escape rate — and this means they require different policy interventions.

The clock could be more accurate if private or philanthropic data was added, says Ndemo. For example, Kenyan mobile operator Safaricom “has some of the best data” from users and from its M-Pesa money transfer service, but is reluctant to share them, he deplores.

To make up for unavailable or poor government data, the clock’s team is looking for proxies from space.
“It sounds like science fiction but is actually doable when you sit down with people who know their stuff,” explains Jesús Crespo Cuaresma, head of the Institute for Macroeconomics at the Vienna University of Economics and Business.
In August, the team got together at the Rockefeller Foundation's Bellagio Center in Italy with Olha Danylo, a researcher at the International Institute for Applied Systems Analysis in Austria, who uses machine learning to analyse remote sensing data.
Researchers can estimate poverty from satellite images by extracting information about the location of human settlements, road infrastructure, agricultural areas and light intensity. “Household data may be collected every five years, but satellite images are coming [in] every day,” Danylo explains.
For example, the team studied how to combine satellite pictures with records from mobile phone operators in Senegal. And in North Korea, where no data are available, they combined satellite images with images from tourists.
The Bellagio meeting “planted a seed”, Crespo says, for research to estimate numbers of poor people across North Korea, with the method potentially applied to other data-poor places such as Somalia.
“It's still a very complicated task,” says Danylo. “But it's very exciting to work with people who have big ideas and want to make a difference in the world.”
This article was supported by The Rockefeller Foundation Bellagio Center. For nearly 60 years the Bellagio Center has supported individuals working to improve the lives of poor and vulnerable people globally through its conference and residency programs, and has served as a catalyst for transformative ideas, initiatives, and collaborations.

From November 5 – December 3, 2018, the Bellagio Center will host a special thematic residency on Science for Development, with a cohort of up to 15 scholars, practitioners, and artists whose work is advancing, informing, communicating, or is inspired by the use or design of science and technology to address social and environmental challenges around the world.