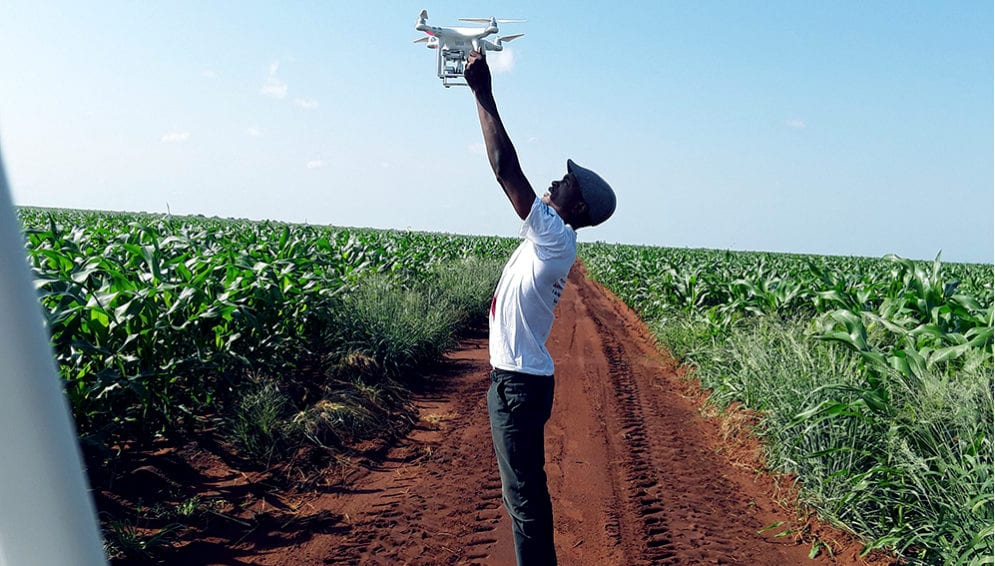 This article is supported by the CASA programme.

Flying 100 metres over a section of Mozambique farmland, a drone is taking infrared pictures. These images will tell the farmer that his crops are suffering from disease – up to 10 days before the damage is visible.

With GPS coordinates of the exact location where his crops are in need, he can pinpoint the problem and treat it. As a result, his crop yield is not affected, and neither is his livelihood.

Michael Hailu, director of the Technical Centre for Agricultural and Rural Cooperation

Drone technology like this is just one example of agricultural technologies being used in Africa. Also known as agri-tech services, they are part of a booming industry aimed at increased efficiency and productivity.

But the success of these services, and their ability to benefit Africa’s smallholder farmers, is hindered by cost and availability. Making agri-tech more affordable and accessible can overcome this, but requires a collaborative approach of investment, development and policy.

The drones flying in Mozambique are part of an agri-tech initiative called ThirdEye. They carry an infrared camera that can map crop stress, which helps identify early problems caused by pests, weeds, a lack of water or a lack of fertiliser.

“Because infrared reflection changes according to how crops are performing, we’re able to detect problems 10 days before they’re noticed with the naked eye,” says Martijn de Klerk, project manager at FutureWater, the Dutch organisation behind ThirdEye. “This allows the farmer to take protective measures,” he adds.

FutureWater launched ThirdEye in 2014, with backing from USAID. Since then, the service has helped smallholder farmers increase yield by 20 per cent and water productivity by 55 per cent, says De Klerk.

ThirdEye now reaches more than 3,500 farmers who pay 300 MT (US$4.89) per acre for the service. There is reason to believe this model works, says Bacelar Muneme, a local drone operator who has been with the company since 2017.

“Most of our farmers agree with this price, and can generally afford it,” he says. He notes that the value of the service also attracts farmers. 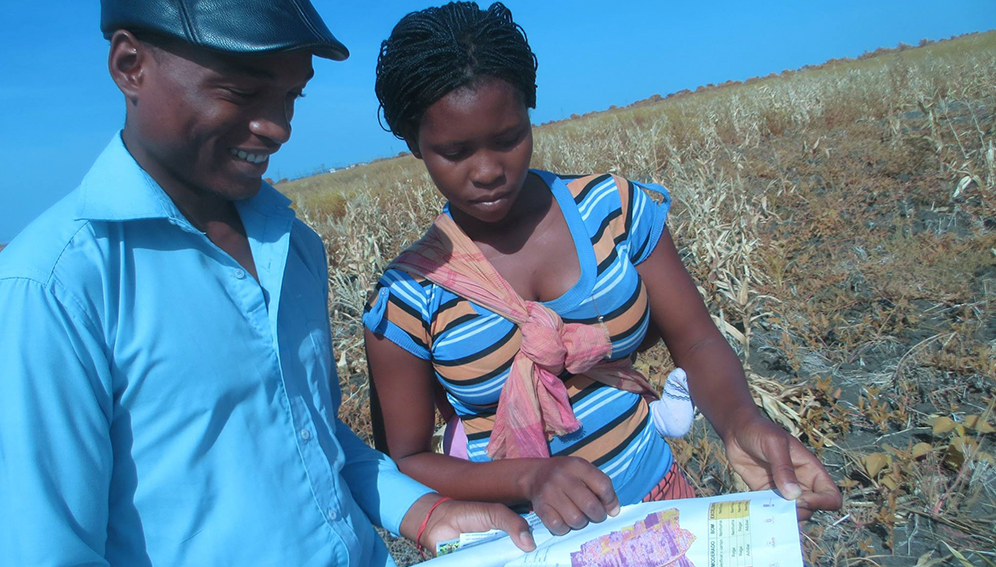 Farmers use GPS coordinates to find the exact location where crops are at risk. Credit: ThirdEye

“If we were doing it regularly in one area, the farmers start to see improvement and then others come forward who want to use it as well,” he says.

In 2017, ThirdEye was awarded funding from Dutch non-profit organisation SNV to launch in Kenya, where the aim is to become commercially sustainable as well. However, De Klerk says the challenge will be in funding growth and improving services.

“One of the ways we are doing that is by targeting commercial farms as well,” he says. But that may not be enough. “If we want to expand or upgrade the systems, we’ll need more funding.”

Mobile phones are also a valuable source of agri-tech for smallholder farmers. Niger’s Tele-Irrigation tool allows farmers to control crop irrigation by simply dialling a number into their mobile phones.

“Over 200 farmers are using our technology, and some have since increased their areas by three, even four times and accumulated significant income,” says founder Abdou Maman Kané.

The service launched after winning the Orange African Social Venture Prize at the 2011 AfricaCom Awards. “The award helped us launch the concept and validate it. After that, a local bank and other finance partners came on with support,” says Kané.

The Tele-Irrigation system is installed with a custom solar-powered pump that’s connected to a mobile app. The farmer then programmes the system for specific watering times and durations and can initiate irrigation by mobile phone.

Since 2013, the service has been offered direct to farmers for one million CFA francs (US$1,686). Anour, a farmer who has been using the service since 2016, has seen value in the investment. “It took only a day to install and has been easy to run. Almost immediately my production improved,” he says.

However, Anour is one of few farmers who can afford the service. According to Kané, most Niger farmers cannot buy the system without help.

“Financial partners like the World Bank are helping our most vulnerable farmers pay for the service,” he says. “Others are paying with bank loans, which they must repay bit by bit to local banks.”

Although he says a farmer can earn back the investment in just a year, financing remains their biggest challenge. “We’ve had to change our economic model to seek more capital investment and funding for research and development,” he says.

“We want to scale up but to do that we need financing to conquer the African market.”

There is funding available to support services such as these. According to a report by Disrupt Africa, more than US$19 million in financing was funnelled into Africa’s agri-tech market over the past two years.

But the organisation’s co-founder, Tom Jackson, says more is needed. “Most services are priced for smallholder farmers, as they comprise the majority of the market. However, they need to reach scale in order to make money themselves and become sustainable.”

Indeed, the vast majority of start-ups in this sector struggle to achieve economic and operational sustainability, says Michael Hailu, director of the Technical Centre for Agricultural and Rural Cooperation (CTA).

He points to CTA's recent report finding that only 40 per cent of the 33 million African smallholder farmers who have signed up to agri-tech services are actually using them.

Part of this could be due to the short-term nature of donor support, which doesn’t allow enough time to adequately achieve scale or research and development.

He also suggests measures that ensure agri-tech services are more affordable, including developing private-public partnerships and a continued push to business-to-business models.

However, he warns that without the right policy and investment, development of the sector may be fragmented. “We need to ensure coordinated development where best practices are shared and a collaborative approach to scaling up, focused on smallholders, is adopted,” he says.

The CASA programme (Commercial Agriculture for Smallholders and Agribusiness) aims to increase global investment in agribusinesses which trade with smallholders in equitable commercial relationships, increasing smallholders’ incomes and climate resilience. Visit www.casaprogramme.com for information and resources.