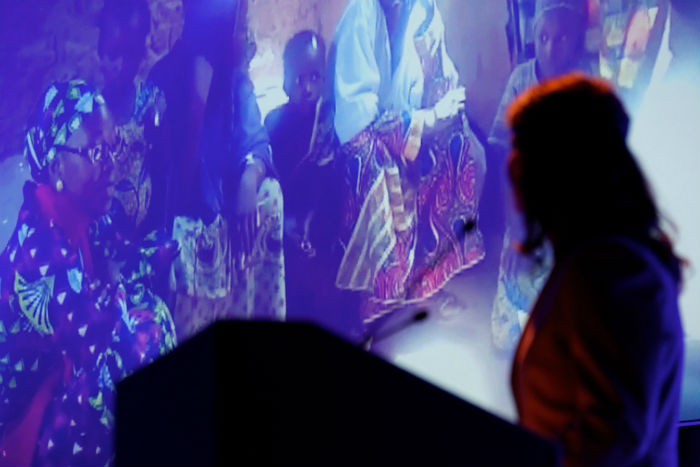 [LONDON] “How we think about the AIDS epidemic becomes its own reality,” Alex de Waal, a researcher at the World Peace Foundation, wrote in 2006. He said that often it’s the toxic cocktail of stigma, fear, misperception and metaphor — from the militaristic to the moralistic — that is to blame for the deaths of millions of people from treatable diseases each year.

Ideas about disease, language and perception appeared throughout the Royal Society of Medicine’s Global Health Film Festival in London, United Kingdom, last week. Films on polio in Pakistan, TB in Swaziland and HIV in Malawi made important points about the relationship between language, rumour and disease, and how changing the way we perceive and talk about diseases can make them less deadly.

Every Last Child is a big-budget, slickly shot documentary on polio in Pakistan, funded by the Bill & Melinda Gates Foundation. It is a compelling exposé of the high-stakes nature of Pakistani vaccination campaigns. Once on the verge of eradication, polio has been on the rise in Pakistan, assisted by anti-vaccination propaganda, the Taliban’s 2012 vaccination ban in their strongholds and their brutal attacks on health workers.

The film shows some of the public perceptions about vaccination campaigns among people in Peshawar and Karachi. “It’s a kind of poison — I fear if I vaccinate them I won’t become a grandpa,” one father said. This Taliban-concocted conspiracy theory that polio immunisation is a cover for US-sponsored sterility campaigns is widespread.

With families increasingly refusing to allow their children to be vaccinated, the Peshawar vaccination teams removed all mention of the words WHO and polio from the campaign, renamed it Justice for Health and persuaded former cricketer Imran Khan, the chairman of Pakistan’s PTI party, to publicly back the campaign.

The films made important points about the relationship between language, rumour and disease, and how changing the way we perceive and talk about diseases can make them less deadly.

The rate of infections is now falling, the documentary says.

TB is another disease where eradication efforts are hampered by public perception issues. TB Unmasked and TB Silent Killer explored the human impact of a disease that is rarely in the media spotlight, despite the fact it is airborne, infects one-third of humans at some point during their lives and kills roughly 1.5 million each year, twice as many people as malaria.

So why isn’t there more action from donors? The films showed that compared with HIV and Ebola, humans have known about, lived with and died from TB for centuries — donor fatigue seems to be part of the problem. And unlike the fast-acting, visually horrific Ebola, TB can take years to kill its victims, who often die in isolation from their families and far away from any media spotlight.

Later I attended a workshop run by filmmaker Tom Gibb, whose low-budget films use participatory filmmaking to improve public health knowledge and challenge perceptions of disease in hospitals and villages across Sub-Saharan Africa.

Gibb said he thought efforts to prevent HIV infection and treatment were being held back by the gap between public perception and the reality of the virus today. “The nature of HIV has changed since antiretroviral therapy,” he said. It’s no longer a “killer disease where the message was one of real fear”, but a virus that, with careful management and treatment, you live with.

But many people still associate HIV with death — a situation exacerbated by moral outrage, religious condemnation and social stigma around sexually transmitted diseases. “People at the village level are more frightened about becoming a laughing stock than they are of getting sick from HIV,” Gibb told me.