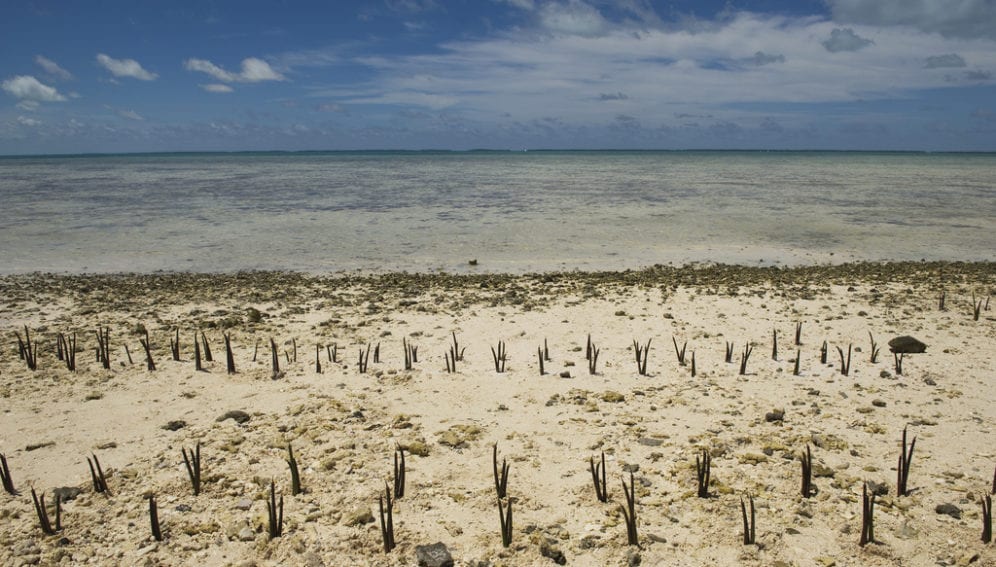 [WARSAW] Tiny island states that speck the vast swathe of the Pacific Ocean have a far greater importance in understanding global climate change than their tiny populations would suggest.

This was the message given to delegates during a side event of the UN Framework Convention on Climate Change’s 19th annual meeting in Warsaw today.

The delegates from Fiji and Samoa believe their nations do not get the support they need to conduct vital climate observations in the region.

Considering the huge marine areas that Pacific nations cover — Kiribati consists of 800 square kilometres of coral atolls spread over an area half the size of Europe — the poor observational capacity of island states creates a large gap in the global climate data set, he says.

Furthermore, as the birthplace of the El Niño Southern Oscillation weather system that periodically warms the waters of the Pacific Ocean, this patch of ocean influences climates across Asia, Africa and the Americas, and so accurate observations are necessary to predict future changes, he says.

But with populations often in the tens of thousands, these states’ meteorological agencies can never hope to fulfil this vital task alone, Koop says.

Some governments, such as the United Kingdom’s, are already working to increase the observational capacity in the Pacific, but a concerted international effort is needed to fully plug the data gaps, he says.

Elizabeth Holland, a representative of the Fijian delegation, agrees with the central importance of building capacity in the region, but says a lack of funding for systematic observations was not just a Pacific problem.

“It’s true all over the world but particularly harsh in the developing countries,” she tells SciDev.Net.