Hurdles in path of an African Einstein 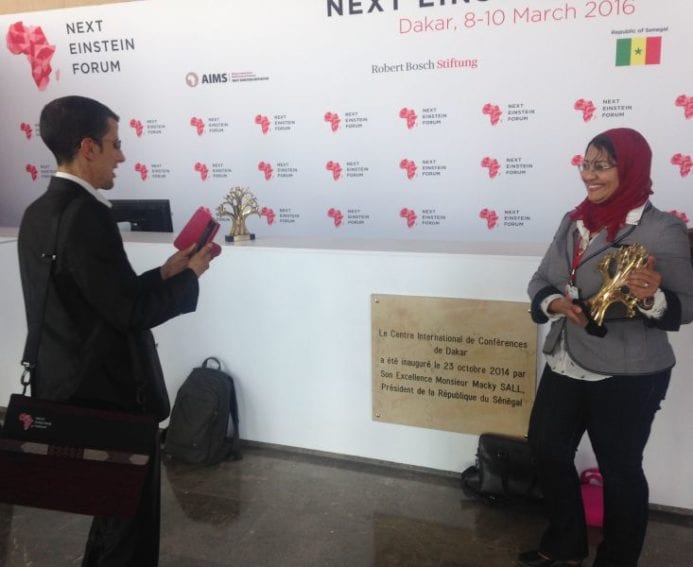 The Next Einstein Forum (NEF) has an ambition that is bound to win hearts and minds with its simple optimism. The forum, a group of scientists, policymakers and business representatives, wants a leader in the field of science to emerge from Africa with the kind of far-reaching impact that Albert Einstein had.

The official launch of the forum took place this week in Dakar, Senegal, and was billed as the first gathering of African scientists in Africa. Tolu Oni, one of the NEF research fellows, said: “You know something is a good idea when you can’t believe this hasn’t happened already.”

You know something is a good idea when you can’t believe this hasn’t happened already.

There was certainly a whiff of fresh air about this science conference. More than half of the nearly 1,000 delegates were under the age of 42. It was the first conference I have attended where a panel on data science for Africa featured a tenured mathematics professor and a cosmologist — both in their 20s.

As if that was not enough, Thierry Zomahoun, the president of the South Africa-based African Institute for Mathematical Sciences, where the idea for the event originated, spent five years as a street kid in Benin.

So far, so bracing.

The grand ambition though will need outcomes and ideas that are feasible. Here is where the Einstein project will have its work cut out, because, amid all the buzz, some important conversations were missing on the panels.

First there is the investment pipeline. Many recognised that a good education in mathematics is at the heart of a more scientifically literate society, and this means investing in the related subjects early. Given the diversity of languages and low educational budgets on the continent, however, a revolutionary combination of creative teaching and careful budgeting around delivering education will be required to meet this goal.

The panel meant to address this issue most directly ended up discussing a neat little box of tools on coding instead of how to bring about the change. There were also calls to “simplify maths” — a big ask that went largely unchallenged.

On a number of occasions it was noted that, to achieve research leadership, Africa needs a critical mass of scholars, not a lone genius like Einstein. Similarly, none of the governments talking about their commitments to research worried that national agenda setting might undermine the autonomy and productivity of their research talent.

Leszek Borysiewicz, the vice-chancellor of the United Kingdom’s Cambridge University, made a valiant attempt to raise concerns about the lack of intellectual property laws in Africa. It is the continent’s bustling markets that are the hotbed of innovation, but there was no reflection about how this can be harnessed into business opportunities.

However, this was just the first in a series of forums. Rwanda has agreed to host the next meeting in 2018 and funders are already lining up around the fellowships, scholarships and research chairs planned by then.

Zomahoun insists that the New Einstein Forum is not an event, it’s a movement. And movements need passion — they are not known for granular road maps.

The organisers helped pay for SciDev.Net to travel to the meeting.