Progress on loss-and-damage and tech transfer at COP19 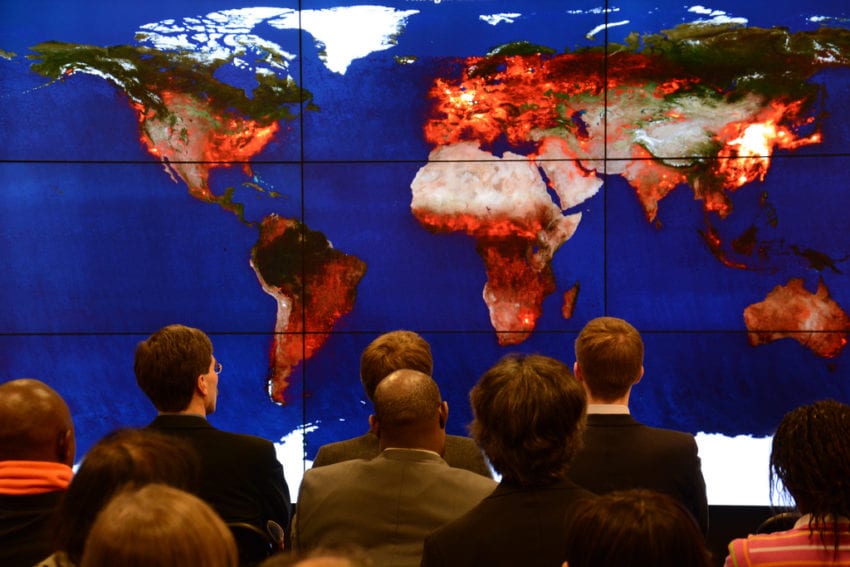 [WARSAW] The UN climate talks in Warsaw, Poland, have made progress in several areas, including the contentious issue of loss-and-damage as well as the opening of the Climate Technology Centre and Network, which can now respond to requests from developing countries for advice and assistance on the transfer of technology.

“As nations put in the foundations, walls and ceiling of a new, wide-ranging and universal climate agreement, the Climate Technology Centre and Network represents a further building block towards that low-carbon future,” UN Under-Secretary-General and UNEP executive-director Achim Steiner said in a press release (21 November).

“This facility will make a substantive contribution to accelerating the use of existing and new technologies that can improve the lives and livelihoods of millions of people in developing countries who are dealing with the impacts of climate change on a daily basis,” he added.

The conference also agreed to establish an international mechanism to provide the most-vulnerable populations with better protection against the loss and damage caused by extreme weather events and the slow onset events such as rising sea levels, with detailed work on the so-called Warsaw mechanism expected to start next year.

“Unless developed countries reduce their emissions significantly, the burden on the poor, vulnerable countries will further increase, leading to more loss and damage.”

A recent report by UN University’s Institute of Environment and Human Security (UNU-EHS) has put a human face on the highly discussed mechanism on loss and damage by highlighting the constraints people face due to climate-change induced extreme weather events.

“The current levels of adaptation and mitigation efforts are insufficient, so we need to act with urgency to address the aftermath of powerful floods, typhoons, droughts and other extreme weather events,” says Koko Warner, lead author of the study and the head of the Environmental Migration, Social Vulnerability and Adaptation Section at UNU-EHS.

“The national and international mechanism that will hopefully be in place soon also shouldn’t forget the local needs,” she tells SciDev.Net.

The report explores the impacts of floods and droughts in Bangladesh, Bhutan, Burkina Faso, Ethiopia, the Gambia, Kenya, Micronesia, Mozambique and Nepal, documenting losses despite communities’ attempts at adaptation.

The UN Framework Convention on Climate Change (UNFCCC) already includes provisions and processes to deal with and support adaptation, but not damages beyond adaptation.

Experts say that is why a mechanism on loss and damage is important for those countries that are vulnerable to the adverse impacts of climate change.

Loss and damage “is a genuine problem area” that has been overlooked so far “and simply needs to be addressed, because it will not be resolved by itself, but will only get worse”, says Michiel Schaeffer, loss and damage expert at Climate Analytics, a climate science and policy research organisation in Germany.

The discussions have stirred the long dispute between rich and poor countries regarding the responsibility for compensation for the climate-induced weather events.

“Unless developed countries reduce their emissions significantly, the burden on the poor, vulnerable countries will further increase, leading to more loss and damage,” says Prakash Mathema, chairperson of the Least Developing Countries group at the UN climate talks, which has been pushing for the mechanism to be adopted.