The quest for elusive development data 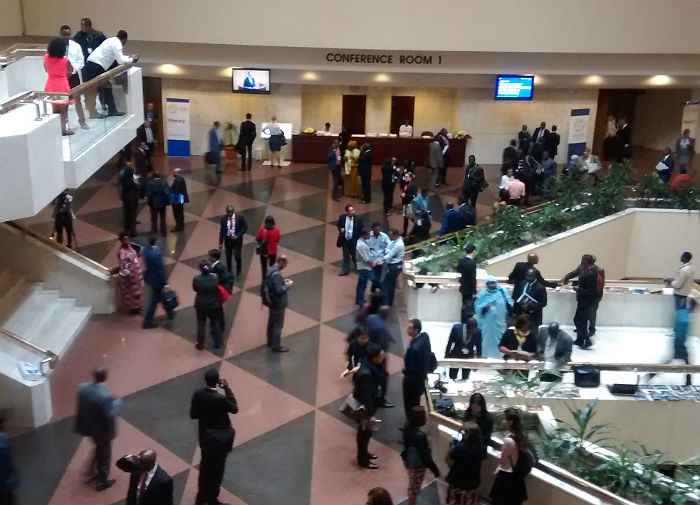 On day two at the Third Financing for Development conference in Addis Ababa, Ethiopia, I spent an hour trying to find out how many science ministers are attending this meeting, and how many are from developing countries.

However, it was all to no avail: nobody knows.

This is my first-hand experience of a wider problem that rears its head again and again during the talks to fix a fairer deal for development financing: data collection in developing countries is still so poor that it can be very hard to understand what’s actually going on.

This conference has heard plenty of examples. According to the World Bank, the least developed countries increased their trade by 20 per cent over the past 15 years, a speaker stated.

But where and how that growth happened, which sectors were the most successful and how much, if anything, trickled down to improve people’s daily lives, remains a mystery.

East Timor, for one, has received aid worth US$8 billion since 2001. But a survey found that poverty had increased by 15 per cent between 2001 and 2007, and by 50 per cent in some areas, even though the country’s war for independence ended in 1999, said Helder Lopes, the country’s vice-minister of finance.

Data is the only steering wheel that can drive progress on the SDGs.

Panellists at a session on investment in conflict countries pointed out that poor nations often collect data at random, with no clear strategy. This means that data in these countries can only give glimpses into the problems that their people, businesses and environments face every day.

“We simply must build capacity in our institutions to do the best for our people,” Lopes said. He added that the lack of monitoring and data collection means poor countries are more vulnerable to resource exploitation, and struggle to assert themselves in front of investors and in international negotiations.

The new approach to development finance, under discussion here this week, includes plans to spend more on data collection and to increase the power of the UN Statistical Commission.

Out of 134 points in the draft deal, three focus on data collection, mostly for the purpose of implementing and verifying the success of the Sustainable Development Goals (SDGs).

But representatives from developing countries pointed out that better statistics have to come from within a country to truly make a difference in how that country provides services and cares for its citizens.

Kenya’s president, Uhuru Kenyatta, made this clear in his speech at the meeting. “We must address the systemic issues in science and data monitoring in developing countries,” he said. “Data is the only steering wheel that can drive progress on the SDGs.”

Meanwhile I will continue my quest to find a list of science ministers. Maybe I will do my bit to improve data collection, and count them myself.