How to report science in local languages 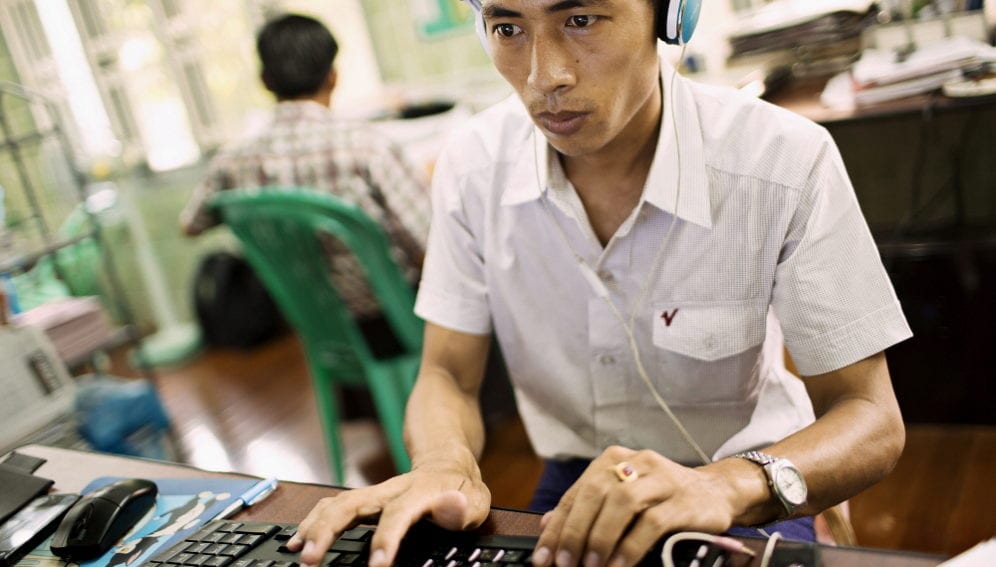 English is the language of science. Most international science journals are English, most scientific conferences adopt it and new scientific terms are almost always English.

Yet in many parts of the developing world few speak English. Often countries have multiple local languages; for example, South Africa has 11 official languages including English, and India 18.

The challenges are global — any journalist writing in a language other than English has to cope with much of their source information being in English.

But the problem is more complex if your language is poorly acquainted with the fast-developing world of science. French, German and Spanish have large, established scientific communities that have translated even the most technical terms. This is unlikely for a regional Indian language, for example.

But despite its difficulties, localising science by reporting in native languages — in print, radio or television — is crucial to get information about science to wider audiences, allowing communities to learn about scientific developments in a meaningful way.

This guide provides tips on how to report science in local languages, from getting translations right to developing relationships with the experts who can help you. While aimed at print journalists, the guide is relevant whether you are working in print, online or broadcast media.

Making sure you translate scientific terms and ideas as accurately as possible is perhaps the most important and difficult part of reporting science in another language.

Badly translated science leads to inaccurate and sometimes misleading stories. Even a small mistake can shake readers' trust in the whole story and discourage them from seeking local science coverage in future.

Remember that in translation, a simple mistake can spiral out of control. For example, in Arabic reports of research making sperm from stem cells taken from bone marrow, a potential treatment for male infertility, many outlets reported that it meant women no longer need men to reproduce.

And one journalist became even more confused. One way of translating 'bone marrow' into Arabic is to say 'the brain of bones'. However, the journalist translated bone marrow into 'bones of the brain', leading to a headline suggesting that women wouldn't need men to reproduce because they could derive sperm from the 'bones of their brains'.

You can make your translations more accurate by using two resources: dictionaries of scientific terms and trusted scientists who speak both English and your local language.

Don't depend on just one dictionary of scientific terms. They are not always great quality so look for consensus by checking your translation in at least two dictionaries. If these aren't available, or new terms appear too often, then gradually compile your own. The time and effort involved in documenting your own accurate translations will pay off.

It may be a good idea to check translations on the web, but again, don't rely on just one place or translation — look for consensus. Over time you'll recognise the most reliable sources.

You may find there isn't an existing translation for a word, term or idea, or that there are too many: in a language like Arabic, for example, one term can have three different translations (Egyptian, Moroccan and Syrian). This can lead to mistakes if, say, a Syrian journalist's work is edited by an Egyptian editor. If in doubt, try to foresee which terms could be confusing and discuss these with your editor.

When using a term that will be new to your readers, include the English beside your translation so that interested readers can look it up.

Some terms defy translation and you'll have to use English. If this happens, define the word once in your language then continue using the English term — you don't want your readers distracted from the point of the story by lots of references to its definition.

And don't forget: a picture is worth a thousand words. Illustrations and videos can help explain difficult terms.

Coverage of science in local media is often superficial, partly because experts see less value in local media, preferring to speak to national or international media. If you do get hold of a local expert for interview, many prefer to comment in English, either because of prestige or because it is the language they usually discuss their research in.

Scientists in North Africa and the Middle East are often happy to be interviewed in Arabic, but pepper their explanations with English scientific terms. If this is the case, don't hesitate to ask how to translate them. If you show you are trying to improve the standard of local science journalism, as well as local understanding of important scientific concepts, interviewees may be more willing to engage with you.

The usual rules for interview technique apply here: do your homework, choose your questions carefully, and don't finish the interview until you understand everything that was discussed. With time you will build a reputation as a responsible journalist and more people may be willing to speak to you and help you in future.

Conducting face-to-face interviews is an important way to build fruitful relationships. If you can't easily visit a researcher, try to do the interview by phone instead as this also builds relationships and allows you to ask on-the-spot questions about translations. Try to avoid email interviews — they don't build so much of a bond, and can make it more difficult to check translations (although they do have the advantage of ensuring accuracy in reporting).

If you have to interview via email, make sure your questions are clear because you might not get another opportunity to get extra information.

Just because you want people to read about science in their local language doesn't mean they want to. As with any kind of writing, you must make your stories attractive to your audience. This is all the more difficult if local science reporting is scarce: people may not be used to reading about it.

A good way to grab readers' attention is to give your stories a local context — what problems in their daily lives could this research alleviate (or exacerbate)? Only choose the most relevant stories and think hard about the angle you will take.

For example, in an area where crops are often damaged by pests, people will be more interested in a new plant breeding method if you link it to the possibility of breeding pest-resistant crops. Reported simply as a step forward for plant breeding, it could be overlooked.

To do this you need to know your audience. Find out what concerns them and monitor which articles resonate most.

But be careful not to link local issues to global science unless you know the link is justified. It's tempting, for example, when reporting on climate change, to use a local example of environmental change to hook your reader in. But don't suggest that recent changes in fish stocks are down to ocean acidification unless you have the science to back this up. This is where local experts can prove particularly useful.

There aren't many scientific journals in local languages in the developing world but if you find some, they can be a goldmine of locally relevant research. You may find that the language is very technical and the relevance of some papers may be difficult to determine, so try searching databases or digests of local research, if available, using keywords of topics you know your audience is interested in. This is also where your trusted local experts can help.

Local universities and research institutes might produce press or communications materials in your local language. Even if they don't, try to build up relationships with people in these organisations who know when research comes out.

You could also access research in the so-called 'grey literature', which includes reports that haven't been peer-reviewed. In this case getting external comment is even more important. The research has not necessarily been accepted by the scientific community so should be approached with some caution.

Everyone has a right to know about scientific developments that will affect their lives, and almost always this means telling people about science in their own language. It's down to science journalists to bridge the linguistic divide and tackle the challenge of translating scientific jargon into language people can understand.

I've been covering science in Arabic for more than ten years and my advice is this: simplify and translate accurately without making your story superficial; make it relevant to your readers, and you will hook them in.

Bothina Osama is a Cairo-based science journalist and SciDev.Net's regional coordinator for the Middle East and North Africa.