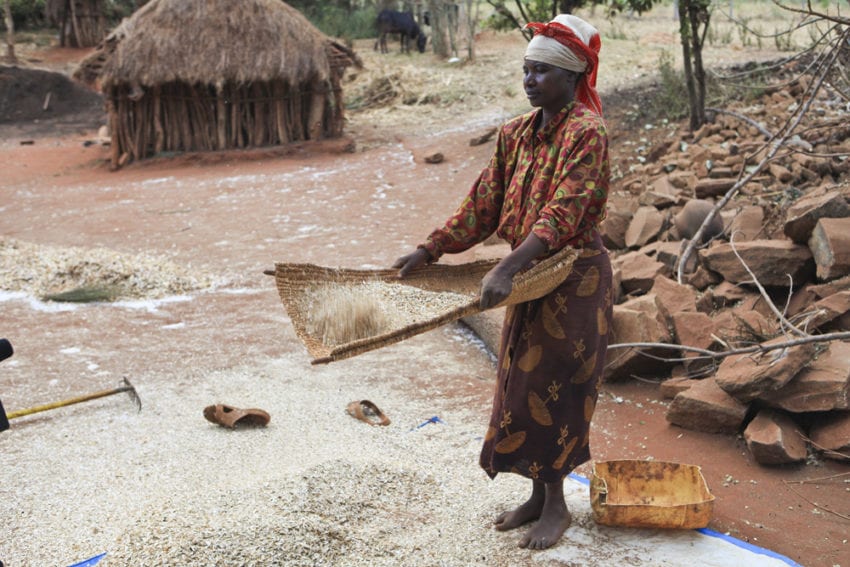 In spite of debate over its definition, the term ‘orphan crops’ refers to crops that are under-researched and underfunded due to their limited importance in the global market.

These include cereals, legumes, vegetables, root crops, fodder crops, oil crops, fibre crops and medicinal plants that are largely indigenous to Africa, Asia and Latin America. They are characterised by their resilience and adaptation to environmental stress, and have local significance: where they are produced and used, they provide an indispensable source of staple food to the vast majority of resource-poor and low-income farming societies.

In Ethiopia, for example, food security won’t be possible without improving the productivity of the cereal crop tef. It is a staple food for 50 million Ethiopians and provides nutritional advantages beyond other cereals because it is gluten free and rich in nutrients.

Although orphan crops like tef have long been ignored, technological developments now present an opportunity to make a big difference with research into improving the productivity of these crops. It’s encouraging that over the last 16 years tef productivity in Ethiopia has increased by close to 5 per cent — much more than wheat or maize.

The revolution that missed

Despite orphan crops’ huge significance for food security and income generation for the world’s poorest communities, little or no scientific research or funding have been focused on them because of their low significance in terms of global food resources. They have typically remained out of the domains of international and regional research establishments such as the CGIAR centres.

“For poor nations in Africa, the need to improve their neglected, but locally significant, crops is no longer an option but a dire need.”

In addition, the Green Revolution has largely bypassed Africa mainly due to the initiative’s focus on the globally important crops wheat and rice, and not on African crops such as sorghum and millet.

As well as orphan crops generally being overlooked by research, the scientists who are working on them are also marginalised. Such researchers are shut off from mainstream science in four ways. First, because they work in isolated conditions, cut off from the global scientific community. Because of this, they have few opportunities to participate in scientific events and share their experiences and knowledge. Second, they lack proper funding. Third, because of the last two points, they lack opportunities to extent their knowledge of the crops they are working on beyond the basics.

Last — and perhaps most damaging for their scientific careers — they are unlikely to have their scientific papers on these crops accepted for publication in renowned journals, as most of these look for papers on more mainstream topics.

To add to these difficulties, scientists interested in working on improving orphan crops through genetic modification also face suffocating biosafety laws and regulations, which can inhibit their work, particularly in developing countries. In September 2009, for instance, Ethiopia enacted a highly restrictive biosafety law based on precautionary principles as the foundation for its regulation system for GM organisms. This has effectively closed the door on any such research in the country, including orphan crops.

Despite these challenges, several technological advances have been developed over the past few years, and applied to well-studied crops, that could be quickly and cheaply applied to speed up research on orphan crops too.

For instance, the use of high-throughput techniques that allow fast analysis of genetic information are now feasible for orphan crops. Indeed, for most practical purposes, these techniques can be obtained through commercial services at fairly low cost. This means much of the scientific ground work required before crop improvements can be made can now be performed more quickly and easily.

There have also been encouraging shifts in how the global scientific community and research funding agencies perceive orphan crops. One example is the substantial support the McKnight Foundation’s Collaborative Crop Research Program has provided over the last two decades to work on tef.

Through this backing, a national tef improvement programme has fostered the efforts of Ethiopian researchers in conventional breeding and genomics research — particularly in developing technologies that help link real-life traits to their genetic basis. This can help scientists create tef varieties with better traits, such as tougher roots, stronger stems, larger seeds and resistance to bacteria and pests — all of which make the plants more robust.

Doing this will vastly improve food security prospects for Ethiopians. Aside from the obvious benefit of a more reliable food resource, in the longer term there is scope for exporting tef products, perhaps leading to better financial prospects for farmers.

These advances — both in terms of scientific progress and shifts in attitude — open the door for funders to direct more energy and resources to orphan crop research. Other measures, such as bringing scientists who work on orphan crops together to share data and ideas, would help consolidate this research. Scientific journals should also recognise the importance of orphan crop research. For poor nations in Africa, the need to improve their neglected, but locally significant, crops is no longer an option but a dire need.