Digital work signals a global race to the bottom 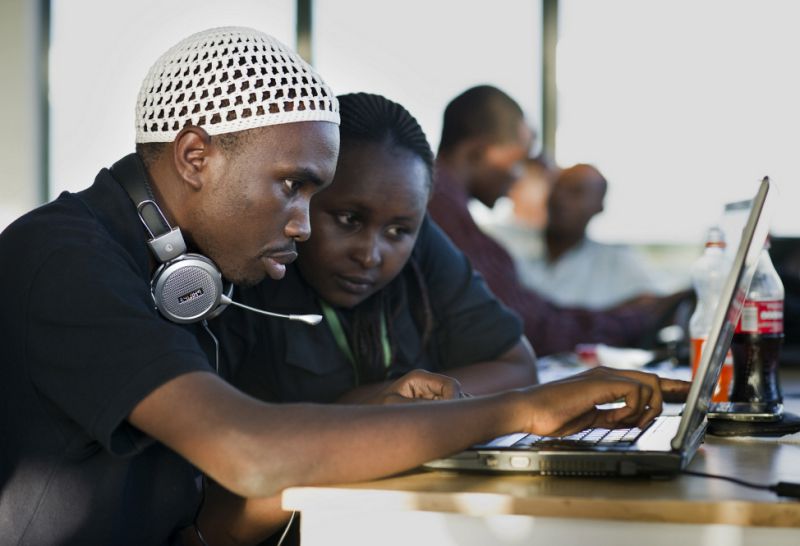 William is a 26-year-old freelancer from one of Nairobi’s slums who does search engine optimisation work. He is one of millions in low-income countries like Kenya who can use online work to transcend some of their local labour market’s constraints. My colleagues and I spoke to him as part of a multi-year research project into digital labour and development.

Well-paying work is hard to come by for young people in Nairobi. But, with a computer and an internet connection, William and many like him can now, in theory, do any sort of online work and become part of the so-called ‘knowledge economy’.

Yet in practice, the picture is not always so rosy.

A pool of thousands like William are already involved in a new model of work called ‘impact sourcing’ — part of an industry outsourcing business services. The idea is that businesses outsource work to disadvantaged people in some of the world’s poorest places. Doing so brings jobs and income to poor communities and helps workers learn marketable skills. On their part, employers have lower labour costs than they would in their home countries.

“There should be a bigger conversation about contemporary, globally aware and locally appropriate alternatives and strategies that might create a fairer world of work.”

Non-profit organisation Samasource, for instance, breaks down large projects from tech companies such as Google, eBay and Microsoft into microtasks and assigns these to some of its nearly 6,800 freelance workers in Africa, Asia and the Caribbean. Those companies, in turn, are able to proudly proclaim that they are working to bring jobs to some of the world’s most vulnerable individuals”.

Because of the alluring potential for impact sourcing and microwork to reshape livelihoods, governments around the world are encouraging it as a tool for economic development.

Nigeria’s Ministry of Communication Technology, for example, has an outreach programme called Microwork for Job Creation in Nigeria. The Philippines government is similarly running workshops encouraging people around the country to sign up to digital work marketplaces such as Freelancer.com or Upwork.com.

The executive director in its Information and Communications Technology Office told our research team: “Part of our advocacy is also telling [the Philippine public]: ‘Guys, the global economy’s changing. We’re moving from this kind of an economy to a digital economy; to a knowledge-based economy. And it’s creating opportunities — new opportunities that you need to actually appreciate.’”


The dark side of microwork

My research with colleagues Vili Lehdonvirta, Isis Hjorth and Helena Barnard shows that impact sourcing and microwork can greatly benefit some workers. But it also raises more concerns than it alleviates.

Using online technologies to create global marketplaces for work seems to encourage a race to the bottom for wages and working conditions. It forces many workers to desperately try to underbid each other to attract short-term contracts. And, because contracts are largely unregulated, stories of discrimination and exploitation abound.

We heard from people who worked for weeks only for their clients to disappear without paying them — just one example of how national regulation fails them. And they rarely pay income taxes — a sign of governments ignoring their work.

Workers are often told little about the context of their work so become alienated, and find it hard to upgrade their skills or careers. And there is nothing resembling job security.

More structurally, there is a transfer of risk and responsibility: employers absolve themselves of it, as do marketplaces, and workers are left carrying all that risk.

All this points to a system that massively benefits employers instead of workers. What better way to undermine centuries of labour struggles than to connect everyone into the same labour market? It is a race to the bottom at a truly global scale.

It is almost as if all of this work is being carried out unbounded by established rules, constraints and norms. Many observers see it as a ‘natural’ outcome of globalisation. For instance, the Freelancers Union in the United States publishes articles with titles such as “12 signs you’re ready to go freelance”, championing the freelance lifestyle but ignoring the need to mobilise a transnational labour force to secure workers’ rights.

But there is nothing inevitable about the current state of affairs. In the rush to connect the disconnected, and sign up millions of workers in the global South to digital work marketplaces, we need to remember that all this work is still being done in real places, rather than abstract virtual spaces.

Workers, activists, unions and governments should remember that they still have the power to regulate, channel and, if needed, disrupt the production networks of digital work.

This comes, of course, with the need to rethink important questions: how to foster worker solidarity, how to better facilitate the rights and capabilities of digital workers to collectively bargain, how to regulate the market to provide minimum worker protections, and how to ensure that the tax base of the state is not unduly eroded.

In none of those cases does it help to imagine digital work as being performed in anywhere other than real geographic places. Virtual products aren’t built with virtual work.

People like William in Nairobi certainly deserve decent jobs, and digital work has undoubtedly brought many opportunities and benefits to thousands of workers. But there should be a bigger conversation about contemporary, globally aware and locally appropriate alternatives and strategies that might create a fairer world of work.

Mark Graham is senior research fellow at the Oxford Internet Institute, research fellow at Green Templeton College and visiting research associate at the School of Geography and the Environment, University of Oxford, all in the United Kingdom. He is on Twitter at @geoplace and can be contacted at [email protected] 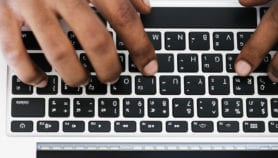