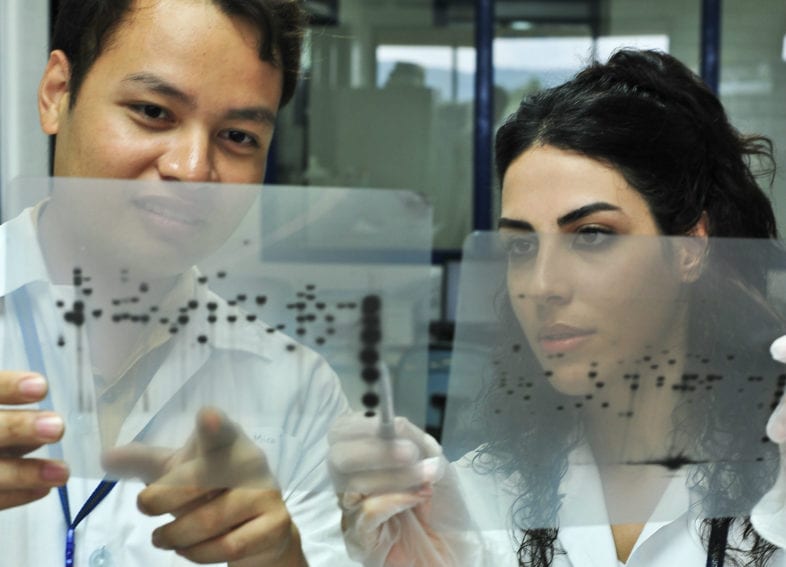 [CAIRO] A lack of resources, training and funding opportunities are the most cited obstacles facing young researchers in the developing world, according to a survey by the Global Young Academy (GYA), a group that supports young scientists.

Its authors say they hope that providing a “snapshot of what is known and not known about young scholars around the world” will help decision-makers identify “where to focus their energies, and how best to direct limited resources to supporting young researchers and the innovation system of which they are a part”.

Irene Friesenhahn, a GloSYS project officer and co-author of the report, says they found that researchers in the developing world lack resources on several fronts, including research grants and training opportunities.

“This kind of study will encourage the launch of national academies of young scientists in developing countries.”

Political instability was also cited as a career barrier by 31 per cent of respondents from the Middle East and North Africa, while only nine per cent of scholars from Sub-Saharan Africa thought this barrier was important.

The study was a preliminary assessment which the GYA academy hopes to extend in the future. It surveyed 650 young scholars from 12 developing countries.

The study also noted that searching for the keywords ‘young scientist’ and ‘academic profession’ in the Web of Science database revealed that Europe and North America contribute to more than two-thirds of existing publications in these research fields. This suggests, the study says, that academic reflection on the social pressures facing young researchers is largely limited to developed nations.

But Sameh Soror, GYA co-chair and a biochemist at Helwan University in Cairo, Egypt, tells SciDev.Net that “data on the status of young researchers in developing countries almost does not exist, and we will not be able to plan our future unless we have a clear view of our present”.

Jauad El Kharraz, general secretary of Arab World Association of Young Scientists, says he hopes the study will provide decision-makers with a benchmark of young researchers’ status in developing countries and encourage the adoption of measures to improve their prospects.

It also stresses the need to ensure academic freedom and to encourage further studies on young scholars throughout the world so institutions can learn from the best practices in other regions.

“This kind of study will encourage the launch of national academies of young scientists in developing countries. It is these bodies that are the ideal institutions to apply the recommendations of the GloSYS study or at least to follow it up,” El Kharraz tells SciDev.Net.

He adds that GYA is planning a more comprehensive study on young scholars across the globe that it hopes will form the basis of a roadmap to improve prospects for young scientists.

Catherine Beaudry, GloSYS project leader and report co-author, says: “It is important to dig deeper into the findings we already have, but it would also be very valuable to consider regional and cultural issues such as gender and equality, and working conditions in every region more strongly.”

She says that collaborating on several studies with regional partners “would allow us to carve out country-to-country and region-to-region differences more strongly”.

> Link to the full report