Scientists back roadmap to rid world of polio by 2018 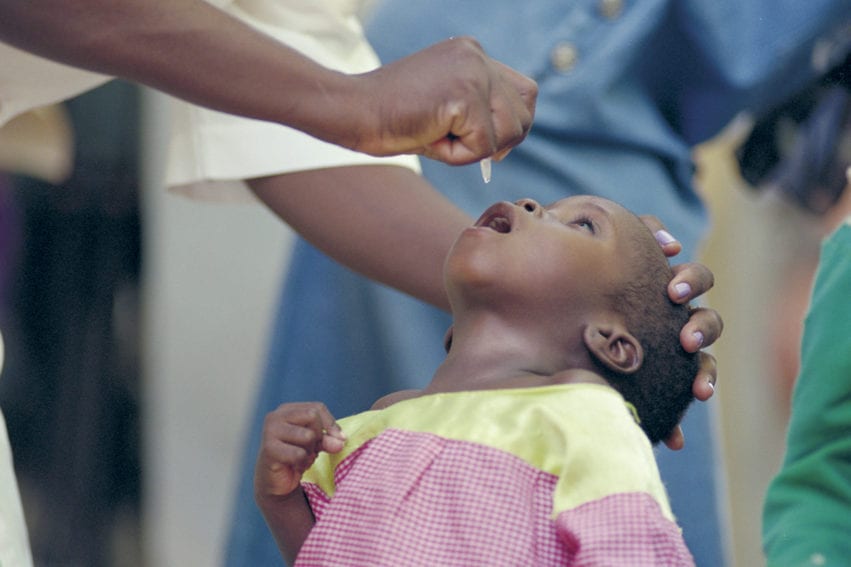 Around 400 scientists from 80 countries have come together to declare that polio could be wiped off the face of the Earth in five years if plans to eliminate both wild  and vaccine-derived polioviruses are implemented.

In a 'Scientific Declaration on Polio Eradication', published today (11 April), eminent scientists and public health experts emphasise the feasibility of eradicating the disease and endorse a recent draft plan that sets out a roadmap to doing so by 2018.

The 'Polio Eradication and Endgame Strategic Plan 2013-2018' is being developed by the Global Polio Eradication Initiative (GPEI) — an international partnership of the WHO, UNICEF, Rotary International and the US  Centers for Disease Control and Prevention. The latest version of the draft plan was published this week (9 April).

"There has been a perception that polio is not eradicable. We developed the declaration to underscore the science behind [this goal] and to say that this is doable," says Zulfiqar Bhutta, head of the Division of Women and Child Health at the Aga Khan University in Pakistan. He is the joint  leader of the declaration, along with Walter Orenstein, associate professor at the Emory Vaccine Center in the United States.

"The declaration also calls for additional resources to eliminate the gap in funding needed for the eradication plan," Bhutta tells SciDev.Net.

He adds that improved vaccination strategies are needed to address the polio endgame.

One of the declaration's signatories, David Heymann, chair of Public Health England's advisory board in the United Kingdom, says that much remains to be done.

"GPEI has set a target of 2018 and it has been encouraged by the fact that  India has now become polio-free, which was a challenge," he says. "The remaining three countries that are endemic — Nigeria, Afghanistan and Pakistan — have challenges of their own."

"The main challenge is to vaccinate all the children in order to establish immunity in the communities," Heymann says.

"The vaccine seems to have worked in most countries, so there's no reason it wouldn't work in the countries that are left," he explains, adding that "the technology that we need to eradicate polio is there".

The GPEI plan aims to strengthen routine immunisation programmes and the surveillance of virus transmission.

The declaration supports the plan's objective to stop using the trivalent oral polio vaccine that contains all three types of wild polioviruses — types 1, 2 and 3 — in an attenuated, albeit living, state.

The continued use of wild poliovirus type 2, which was eradicated in 1999, in this vaccine has been found to be a major cause of vaccine-derived polio outbreaks.'

To avoid further such outbreaks, new inactivated polio vaccines (IPV), which are given intravenously, will be introduced to the routine immunisation programmes in countries that rely on oral vaccines, according to the plan.

The declaration acknowledges these steps as "strong solutions to challenges".

Sona Bari, a spokeswoman for the GPEI in Geneva, Switzerland, tells SciDev.Net the scientists' declaration is a strong endorsement of her organisation's plan.

"Polio eradication is a global win, so we need every single country to fund and finance it as well," she says.

Link to the scientific declaration