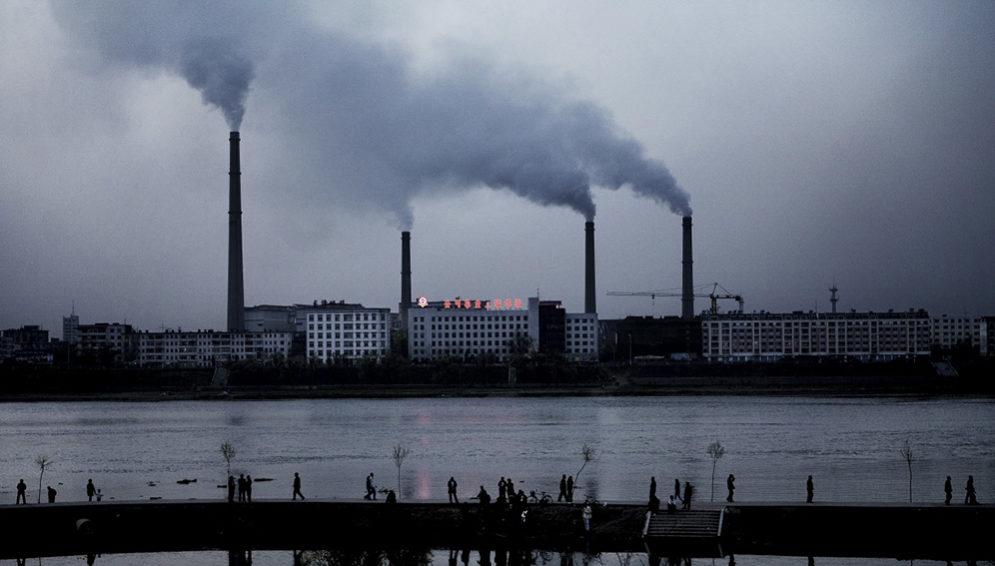 Smoke unfurls from a petro-chemical plant as citizens of Jilin stroll along the Songhua River in Jilin, China. The country is one the world's largest producers of both carbon and sulphur dioxide Copyright: Panos

After stalling for two years, global emissions are on the rise again, further reducing the world's slim chances to keep global warming within 1.5 degrees Celsius above pre-industrial levels, a landmark study has revealed.

Unveiled today (6 December) at the UN climate talks in Katowice, Poland, the Global Carbon Project 2018, a research effort that captures emissions and energy consumption trends, found that by the end of this year humans will have pumped 2 per cent more greenhouse gases in the atmosphere than they did in 2017.

A sharp increase in coal consumption in China and the United States is driving the trend, but the problem is compounded by other countries failing to reduce their emissions as much as promised, says lead author Corinne Le Quéré, a climate scientist at the University of East Anglia in the United Kingdom. While the steep rise in the use of renewable energy is one reason for optimism, “the efforts have not expanded to the rest of the economy, so emissions from transport, buildings and from industry are not decreasing,” she notes.

Le Quéré's findings build on another piece of fresh research that highlights some unexpected setbacks. The UN's Emissions Gap Report, published last week, measures the difference between the emission trajectory needed to achieve the international goal of keeping global warming to 1.5 degrees Celsius and greenhouse gas pollution trends. The report’s latest edition found that the two paths are diverging more than previously thought.

Existing global climate pledges would bring emissions down to between 53 and 56 gigatons of CO2 equivalent by 2030. But preventing a temperature increase above 1.5 degrees Celsius would involve reducing emissions output to 24 gigatons equivalent, the report found.

These abstract figures are at the core of brutal changes on the ground that are poised to affect the poorest countries the most. In just over a decade, climate change is expected to cause a reduction in agricultural yields in Africa and South Asia, increasing the price of food and exacerbating poverty. A report by The Lancet found that a warmer planet is likely to increase the incidence of vector-borne diseases as well as other health risks linked to heat stress.

Taryn Fransen, a fellow at the US think tank World Resources Institute and co-author of the Emissions Gap Report, explains that its findings are more pessimistic because major studies released this year made scientists "more cautious about the potential to deploy negative emission technologies at scale”. While past models were relying heavily on technological ability to suck CO2 out of the atmosphere, it is becoming evident that such solutions are still not financially and technically viable. “That means we have to reduce emissions much more rapidly,” says Fransen.

According to Dabo Guan, professor of climate change economics at the University of East Anglia in the United Kingdom, “the future of climate change mitigation is in the hands of large developing countries such as India and China,” because they are still growing and can develop their energy infrastructure along sustainable pathways. However, he says, the challenges these countries face are more complex than what industrialised economies had to grapple with in the past.

"If rich countries could think about growth first and decarbonisation later, developing countries must tackle them all at the same time”, Guan says.