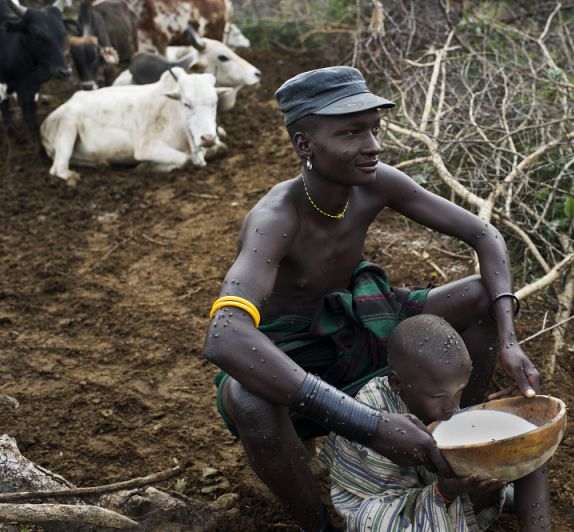 Consumer preferences and poor dairy processing techniques have made East Africa a hotbed for brucellosis, a fever disease spread by contaminated milk, a study warns.

The disease, which is caused by Brucella bacteria shed in livestock’s urine, milk and other bodily fluids, is spreading across East Africa, says an article in the latest issue of the African Crop Science Journal.

“Vaccination of livestock has been used in many countries to greatly reduce the impacts of this disease.”

Some communities in East Africa prefer raw milk to processed dairy products, the researchers point out. The problem is exacerbated by the fact that nomadic cattle farmers like the Maasai often do not use prevention methods, such as milk pasteurization and veterinary care for livestock.

The disease has been largely contained in Sub-Saharan Africa. But it is still common in Kenya and Tanzania, the researchers found.

The scientists screened samples from about 2,300 animals and 1,140 people in selected areas of Kenya and Tanzania. They found the disease in 22.7 per cent of the human samples, far above the 3-8 per cent incidence level found in previous pan-African studies.

“In both countries, screening of the disease should be considered in patients who have not responded to treatments for malaria,” as both diseases cause similar symptoms and can be hard to distinguish, the paper says.

The most common species of Brucella bacteria are found in cattle and goats, says the study’s lead researcher Andrew Chota, an agricultural scientist at the Tanzania Veterinary Laboratory Authority, a government agency.

Jo Halliday, an epidemiologist at Glasgow University in the United Kingdom, tells SciDev.Net that controlling brucellosis is important to avoid animal deaths and illness in humans, which both cause economic losses.

“Vaccination of livestock has been used in many countries to greatly reduce the impacts of this disease,” says Halliday, who has conducted studies on brucellosis in Tanzania. She adds that other control options include boiling or pasteurization of milk to prevent animal to human transmission via this route of infection.

The most important way to control brucellosis, according to Chota, is to raise awareness of the disease and the economic losses it can cause to farms and families.

Once that knowledge is well disseminated, he says, people would see the value of control strategies like boiling milk, buying pasteurized milk and hiring trained veterinarians to help with calving and the handling of placentas and aborted foetuses.

Chota and others Prevalence of brucellosis in livestock and incidences in humans in east Africa (African Crop Science Journal, 2016)