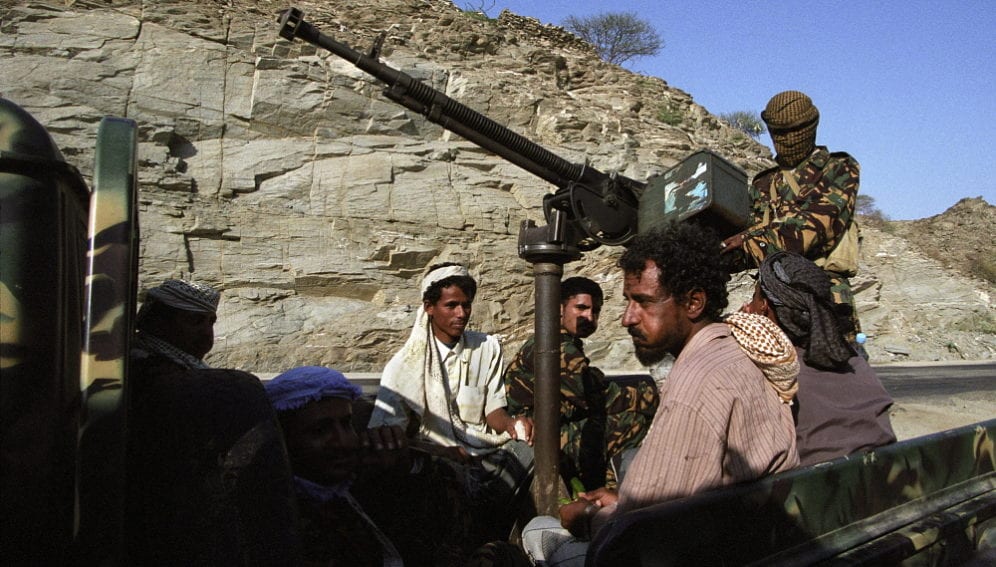 [Sanaa] The cultivation of khat in Yemen has expanded during the ongoing crisis, with the plant now taking up about 15 per cent of agricultural land, according to figures released by the Yemeni Ministry of Agriculture and Irrigation. It was previously grown only on mountains and hills.

The ministry's statistics also confirm a large increase in khat trade within the country, as Yemenis’ annual spending on the addictive drug has reached about US$12 billion.

There are many confirmed health hazards of chewing the stalk and tender leaves of khat, in addition to the negative psychological, social, cultural and economic aspects of addiction.

The spread of khat cultivation is affecting food security in the country, at a time when Yemen is standing on the brink of famine, whose signs have already appeared in a number of provinces.

The recent figures released by the ministry indicate that khat has become the real crisis, increasing the severity of the worsening political and economic crises and “making about 82 per cent of the population in need of urgent aid,” according to Mustafa Nasr, the head of the Studies and Economic Media Center in Yemen.

The Ministry of Agriculture statistics confirm that the percentage of land used to cultivate khat has been increasing over the past three years. It has not seen the significant decline in areas cultivated that has been seen with other crops as a result of the ongoing crisis, or as a result of the absence of fuel, climate change and drought.

Khat now ranks first in the list of cash crops in Yemen, with an average cultivated area of 166,557 hectares, out of a total cultivated land of approximately 1,172,000 hectares. Meanwhile, the total yield has reached nearly 190 thousand tons annually.

“Khat consumes about 38 per cent of the total water used by the agricultural sector.”

Ismael Muharram, former chairman of the Public Authority for Agricultural Research and Extension

Mohammed Al-Maroni, who works as a consultant of agriculture and rural development at the Ministry of Agriculture and Irrigation, says: “These figures are much lower than the reality of the situation.” He adds, “I participated years ago in a survey of pesticides used on khat, and the estimates confirm it has seized an agricultural area that reaches ​​approximately 300,000 hectares.”

The harmful effects of khat cultivation extend to its using up of the groundwater needed to irrigate food crops.

Ismael Muharram, the former chairman of the Public Authority for Agricultural Research and Extension in Yemen, points out that “khat consumes about 38 per cent of the total water used by the agricultural sector”.

There are also debates about the high number of wells that have been drilled over the past two years, which nearly doubled and have gone unchecked during the war, according to Al-Maroni.

Khalid Saree’, a khat farmer in Bani al-Harith, the major district of the capital Sana'a, confirmed this trend. He said: “The area cultivated by khat has increased over the past few years, as well as it sales, becoming a very profitable source of income.”

Though expressing dissatisfaction with the decreasing sales during the past three months, after a freezing of the salaries of state employees, Saree' argued that khat traders have taken many measures to raise the percentage of their sales and compensate for the decreasing sales.

“The area cultivated by khat has increased over the past few years, as well as it sales, becoming a very profitable source of income.”

One of these measures, as explained by Saree’, was that khat dealers began to target certain people, offering them special discounts and deferred payment plans for their daily dose of the drug, provided that they become regular customers. They also offer new varieties of khat, which were not desirable in the past but are becoming acceptable as people’s purchasing capacity changes.

The khat tree has become a competitor for all agricultural crops, with the exception of the coastline areas, according to Muharram. But there are fears cultivation will soon expand to these areas too, as new techniques are being used by farmers to grow the plant in cold regions.

It will be difficult to address the problem, according to Al-Maroni. “We cannot talk now about an actual strategy to limit the cultivation of khat, despite its importance, as this requires developing alternative plans and accompanying procedures, and there are no capabilities nor funding for that."

Similarly, Majid al-Mutawakkil, the general manager of Agricultural Extension and Media at the Ministry of Agriculture and Irrigation in Yemen, points out that significant efforts were made over the past years to reduce the cultivation of khat and to find effective alternatives, yet “implementing programmes to reduce its cultivation in light of the war and conflict is very difficult.”