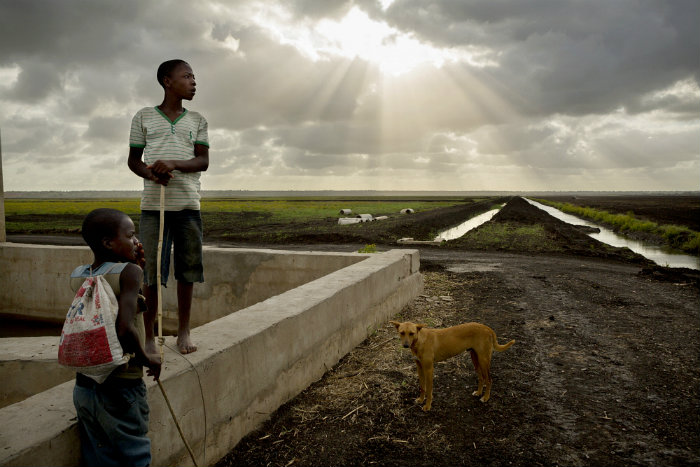 The use of irrigation across Sub-Saharan Africa creates conditions that attract devastating foreign plant pests, such as the tomato leaf miner, a Kenyan study has found.

East Africa is at particular risk of infestations from the moth, as temperatures and seasonal rainfall in the region increase due to climate change, the researchers warn. They discovered that the increasingly frequent watering of fields turns more areas into suitable habitats for the destructive insect.

As well as tomatoes, the tomato leaf miner attacks crops such as potatoes, peppers, eggplants (brinjal) and tobacco. Although native to South America, the pest reached Europe in 2006 and has since spread across the Middle East into Africa.

“Irrigation could trigger changing pest distributions by allowing a host plant to grow where it would not otherwise grow and by producing conditions for the pest or pathogen to grow.”

“In Sudan, one of our project target countries, more than 1,000 hectares of tomatoes were destroyed completely due to infestation by this pest,” says Samira Mohamed, one author of the study and a researcher at the International Maize and Wheat Improvement Center in Kenya. “It was estimated that one million tonnes of fruits were destroyed in one year.”

After the invasion, the price of tomatoes rose tenfold, Mohamed says.

The study, published in PLOS One on 7 August, describes how rainfall in Africa is likely to increase by ten per cent over the next two decades under the latest climate change predictions, while temperatures are set to rise by 1.5 degrees Celsius. Coupled with rising irrigation, this will create a warm and moist environment in which crop-eating insects from other tropical countries and continents can thrive.

For example, the climate of the tomato leaf miner’s original habitat in South America is similar to the climate developing across large parts of Africa.

The study is the first time irrigation has been included as an indicator for pest spread, the researchers say. Including it gives a more realistic picture of their expected spread, they say.

According to Dan Bebber, a biologist at the University of Exeter in the United Kingdom, the ability of certain pests to spread to similar environments makes them dangerous for food production.

“Irrigation could trigger changing pest distributions by allowing a host plant to grow where it would not otherwise grow and by producing conditions for the pest or pathogen to grow,” he says. “Also, pathogens can be spread around in irrigation water on a small scale.”

The Kenyan researchers are now trying to help affected farmers by training them to manage the pest by introducing natural predators, according to Mohamed.

Henri E. Z. Tonnang and others Identification and risk assessment for worldwide invasion and spread of Tuta absoluta with a focus on Sub-Saharan Africa: implications for phytosanitary measures and management (PLOS One, 7 August 2015)