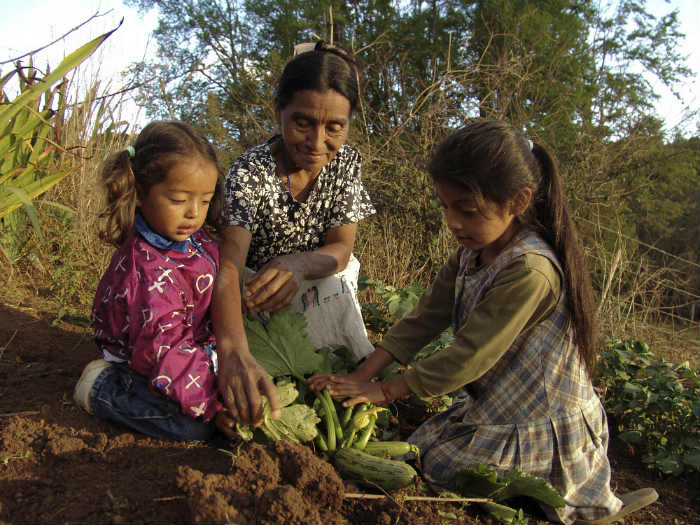 The government of El Salvador, Guatemala and Honduras have teamed up to provide farmers with better technologies to prepare for future El Niño cycles in dry areas.
At a UN meeting in Rome, Italy, on 30 June, ministers from the three countries said technology access was crucial to build resilience in Central America’s dry corridor, which experiences unusual levels of drought during El Niño events.

Together with the UN, the ministers aim to introduce farmers to innovative water conservation methods, more suitable crops and better weather monitoring technologies — to be deployed during an El Niño phase.

“We need to change the traditional response strategy and not settle for simply mounting a humanitarian response every time an emergency situation occurs.”

The dry corridor, which runs along the Pacific coast of Central America, suffers severe rainfall depletion during El Niño events, which occur when warm water pools in the Pacific Ocean off the Peruvian coast.
At the Rome meeting, UN representatives said that better preparation would reduce the level of poverty created by long El Niño spells.
“We need to change the traditional response strategy and not settle for simply mounting a humanitarian response every time an emergency situation occurs,” said José Graziano da Silva, the director-general of the UN’s Food and Agriculture Organization.
Last year’s El Niño, one of the largest ever observed, is only just receding and the dry corridor region is still suffering from severe food shortages.

According to the UN, 44 municipalities in Honduras had to receive emergency food supplies, while smallholder farmers in Guatemala lost between 50 and 75 per cent of their staple grains.

The meeting attendees agreed that climate change is worsening El Niño’s impacts on the region, as droughts have become more prolonged and there is less time in between El Niño events to build up sufficient food stocks.

The International Fund for Agricultural Development (IFAD), a Rome-based UN funding organisation, said it would support the governments of El Salvador, Guatemala and Honduras with money for better weather monitoring. At the meeting, IFAD representatives urged governments to set up data centres and increase research on more-accurate forecasting techniques.

“We need to acknowledge that climate change will continue to exacerbate these extreme weather events,” said Kanayo Nwanze, the president of IFAD. “The only way to ensure future food security in the region is to invest in long-term development to help people be more resilient to shocks.”