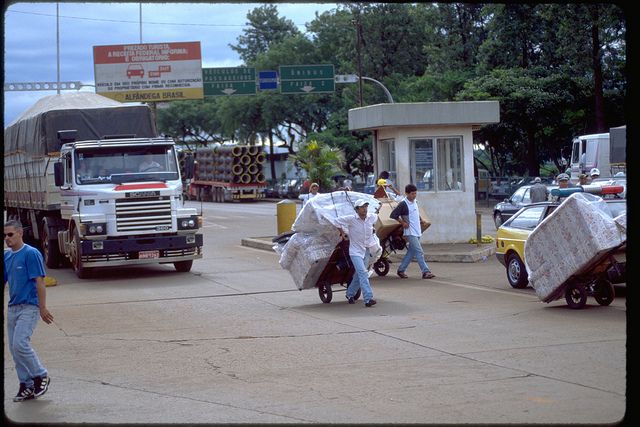 Mexico and Central American countries can use census data to predict where people will migrate and better focus their efforts to control malaria, a study says.

The study confirms that long-term government census data can be used as a proxy to predict people’s short-term movement patterns. This is important because “migration data are generally easier to obtain than short-term movement data such as mobile phone records”, says the paper, published last month (11 May) in Malaria Journal.

While results from Haiti may not necessarily be extrapolated to other countries in the region, the study confirms a correlation that previous studies had suggested in other parts of the world, such as Kenya.

“Using geographical mapping tools is an interesting option to strengthen surveillance and detection of imported cases.”

“Short, regular movements are the most important ones for malaria transmission,” says lead author Nick Ruktanonchai, a malaria modeller at the University of Southampton in the United Kingdom. “In Haiti, we confirmed the correlation between census data and mobile phone data. We used this as a basis to model daily movement patterns in Central America from census data.”

Workers frequently migrate between neighbouring countries in this region. Although malaria is not transmitted directly from one person to another, people who are infected with malaria can be bitten by mosquitoes that can then transmit the disease to others.

“These are often people who work in rural areas, in marshland areas, or who enter illegally and obtain precarious jobs,” explains Ana Morice, an epidemiologist at the ministry of health in Costa Rica, who was not involved in the study.

The team’s findings provide another tool to fight malaria and focus efforts on the areas where they are most useful. In Costa Rica for example, Limón province has a high incidence of malaria but has few infected migrants, so local transmission seems to be the main source of infection, the paper says.

In contrast, Alajuela province had relatively few cases of malaria between 2008 and 2010, but is expected to receive “relatively high levels” of infected migrants.

“Using geographical mapping tools is an interesting option to strengthen surveillance and detection of imported cases,” Morice tells SciDev.Net. She adds that the study’s main weakness is the poor quality of the data used, but admits that these are the only data sets available.

A version of this news article originally appeared on SciDev.Net’s Latin America and Caribbean edition.