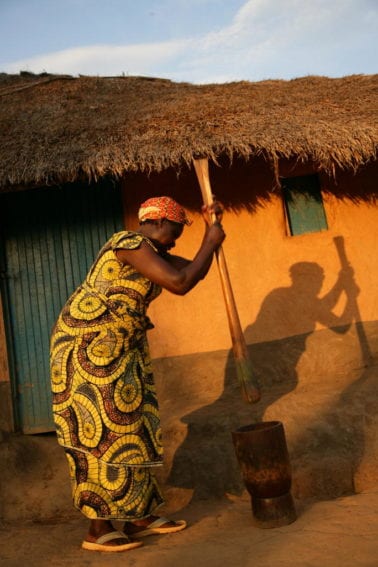 A scientific study showing possible links between eating cassava and visual defects was retracted due to pressure from business interests, a group of scientists has admitted.

The study, published in the African Journal of Food Science in January, tested for visual acuity and colour blindness in people who regularly eat gari, a cassava flour eaten across West Africa. It concluded that there was a “high prevalence” of visual defects among gari consumers.

But citing an unidentified Nigerian gari producer’s complaint that the firm had suffered a “drastic reduction in customers”, the authors retracted the study last month.

This “jaw-dropping case” was the first time that the Retraction Watch blog, which has been tracking retractions in academic journals since 2010, said that a retraction notice “comes right out and says that the only reason a paper is being removed from the literature is that a company complained”.

“What they found isn’t wrong, but there are other factors that weren’t considered.”

The authors had attributed the observed visual defects to certain sugars containing cyano chemical groups that occur naturally in cassava, and which can readily convert to hydrogen cyanide.

While the WHO sets a precautionary limit for cyanide in food at ten parts per million, unprocessed cassava often contains up to twice that amount, according to the study’s authors.

The study retraction was unwarranted, according to Dele Ogunlade, managing director at Nigerian cassava processor the Matna Foods Company.

He says the study has had “no impact” on his firm’s sales as the health risks of poorly processed gari are already well-known.

“The cassava-consuming public have always been aware of the presence of cyanide in cassava,” Ogunlade says. “In the absence of a cheaper and equally filling alternative, the population whose main staple food is cassava will continue to consume it irrespective of research opinions.”

He adds that such research is necessary as it “can provide the basis for advancing improved methods of preparing cassava meals”.

The study’s conclusion is not news to scientists either, according to Jean-Claude Mwanza, an ophthalmological researcher at the University of North Carolina, United States.

The links between nerve damage and poorly processed gari — including effects on vision — were established by Nigerian scientist Benjamin Oluwakayode Osuntokun in the 1960s, says Mwanza.

“There wasn’t anything new in this study at all,” he says. “Everything they set out to prove has been well-known for decades, especially in Nigeria.”

The study itself was flawed as the decrease in visual acuity the authors measured was in fact “insignificant”, says Mwanza, who criticises the lack of an eye specialist on the study’s research team.

Factors such as the weight of study participants and their overall diet were also not taken into account in the study, says Roslyn Gleadow, a biologist at Monash University, Australia, who specialises in cassava research.

“What they found isn’t wrong, but there are other factors that weren’t considered,” she says. “They needed more data.”

Yet problems with the study did not justify the unnamed company’s demand for a retraction, says Gleadow, who says it constitutes an “overreaction”.

“A bad paper is not a scandal. We see them all the time,” he says. “What is outrageous is that a scientific paper can be retracted following pressure from business or industry.”